County home prices on the rise

VALLEY – Home prices reached a new high in California this summer. That’s good news from homeowners building equity in their homes but bad news for those still chasing the dream of owning a home.

The median home price rose to a record $617,410 in August up 1.5% from July and up 3.6% from August 2018. According to the California Association of Realtors (C.A.R.), that marks the fifth straight month that the median price remained above $600,000. The annual sales gain was the highest in the last 10 months, according to information collected from more than 90 local Realtor associations and MLSs statewide. 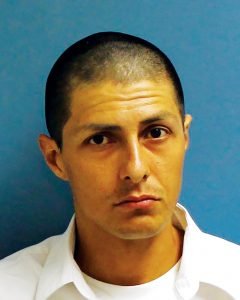 “Low interest rates, which helped to reduce monthly mortgage payments, have provided much-needed support to improve housing affordability and elevate home sales over the past few months,” said C.A.R. Senior Vice President and Chief Economist Leslie Appleton-Young. “While lower rates have no doubt boosted buyers’ purchasing power, they have also been a contributing factor to higher home prices this year.”

The higher prices and discussions of an impending recession have scared off some buyers. Sales fell in all major regions, with the Central Coast recording the largest yearly decline at 6.4%. The Central Valley experienced a 2.3% year-over-year decline. The Inland Empire posted a 2.4% yearly decline, and sales in the Los Angeles Metro region dipped 1.1% from last year. In the San Francisco Bay Area sales were down from a year ago by 3.8%, with seven of nine counties recording sales declines from a year ago.

“Housing demand has exhibited signs of improvement in recent months as lower rates continued to reduce the cost of borrowing for home buyers,” said C.A.R. President Jared Martin. “However, buyers remain cautious, and many are reluctant to jump in because of the economic and market uncertainty that continue to linger, and that is keeping growth subdued despite significantly lower rates.”