VISALIA – Two new brew pubs are coming to downtown Visalia even if it takes a little longer than they had hoped to open up.

Here is what’s on tap

Corcoran-based Lake Bottom Brewery and Distillery hopes to replicate their Kings County eatery at Court and Main. They will open a 3,700-square foot restaurant and lounge at the southeast corner of Court and Main. Construction of the project is well underway in the former location of Mike’s Camera and Finance and Thrift in the historical Jasper Harrell building that dates to 1887.

Visalia entrepreneur JR Shannon is busy with the remodel of his building that will retain an old bank vault and red brick walls to be used as a backdrop for the bar.

Opening the new restaurant are brothers Fred Figueroa Jr. and Jacob Figueroa who launched their craft brewery and distillery in Corcoran in 2019 to wide acclaim. The place offers their own beers including IPAs, pale ales wheat and lagers as well as a line of home-made distilled spirits from moonshine to bourbon. All will be available at the Visalia location including 25 draft beer selections. 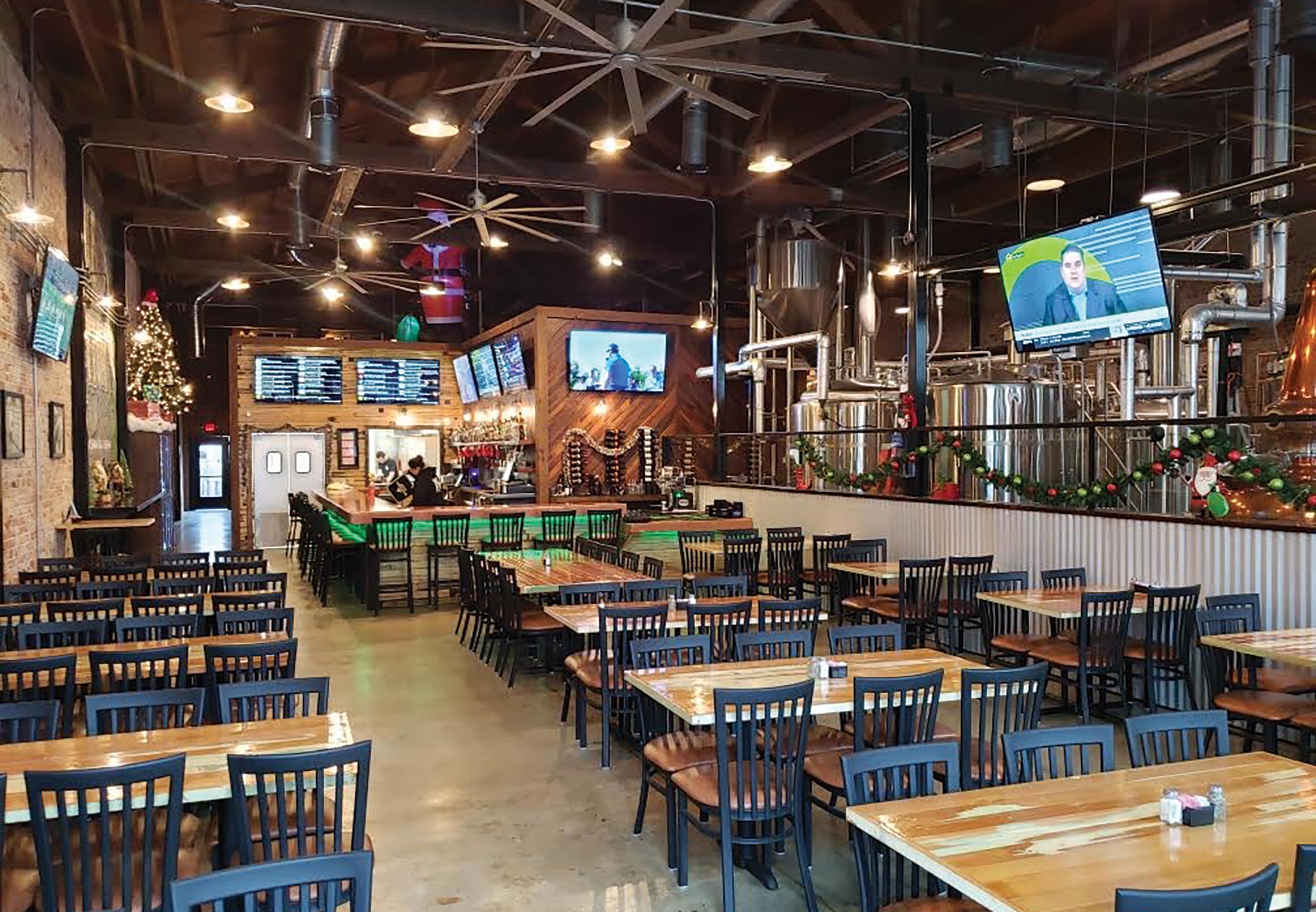 Lake Bottom Brewing's main floor in Corcoran is the plan for their new location in downtown Visalia.

Helping the boys out is their father Fred Figueroa. Fred says they hope to open sooner than later this summer but the COVID-19 crisis has slowed the California ABC approval process. “Construction should be done by June” Fred said.

Food offerings will feature local produce with both upscale dining and tasty bar food as options. The look of the place will be rustic and old fashioned similar  to their Corcoran eatery with brick walls and wooden tables.

Another new pub as well as a brewery in-house are in the works in Downtown in the 600 block of East Main where JR Shannon is helping to tenant the new microbrewery district. The latest applicant is Justin Cate of Simple Brewing who has applied for a conditional use permit from the Visalia Planning Commission that was expected to be heard Monday April 27. Cate, who lives in Three Rivers will be operating a micro-brewery with tasting room and a removable stage for entertainment performances at 609 E Main St.