Antique show polishing up for in-person event this month

Rusty Roots will host their triannual antique show in Tulare on Sept. 26 and 27 at the International Agri-Center

TULARE – Annual events around California have either been canceled or modified to meet state health standards in the age of COVID-19. And Rusty Roots was no different.

The traveling junk show was forced to cancel their spring show in Tulare this year, but are moving forward with their fall show on Sept. 26 and 27 at the International Agri-Center.

Rusty Roots consists of a collective group of artisans, crafters, and other kinds of artists and small business owners. Every year they host a spring and fall show in both Tulare and Bakersfield, plus an additional Christmas show in Tulare. This year they hosted their spring show in Bakersfield with about 3,000 people in attendance and approximately 100 vendors. Two weeks later, COVID-19 began rapidly spreading throughout the state which forced them to cancel their spring show in Tulare.

After working closely with the local and state health departments plus the International Agri-Center, Rusty Roots modified their business model. They are now deemed an open-air market and swap meet which will allow them to host their fall show in Tulare. In the past they’ve operated indoors but due to local and state guidelines, the show will be outdoors this year. Masks will be required and will be provided for free at the gate. There will also be vendors selling homemade masks. Social distancing will be enforced and there will be several hand-washing stations and serviceable bathrooms.

Rusty Roots is operated by its founder Whitney Scarbrough. She felt it was important to move forward with the fall show this year as a way to support the vendors and small business owners who have struggled throughout the pandemic. 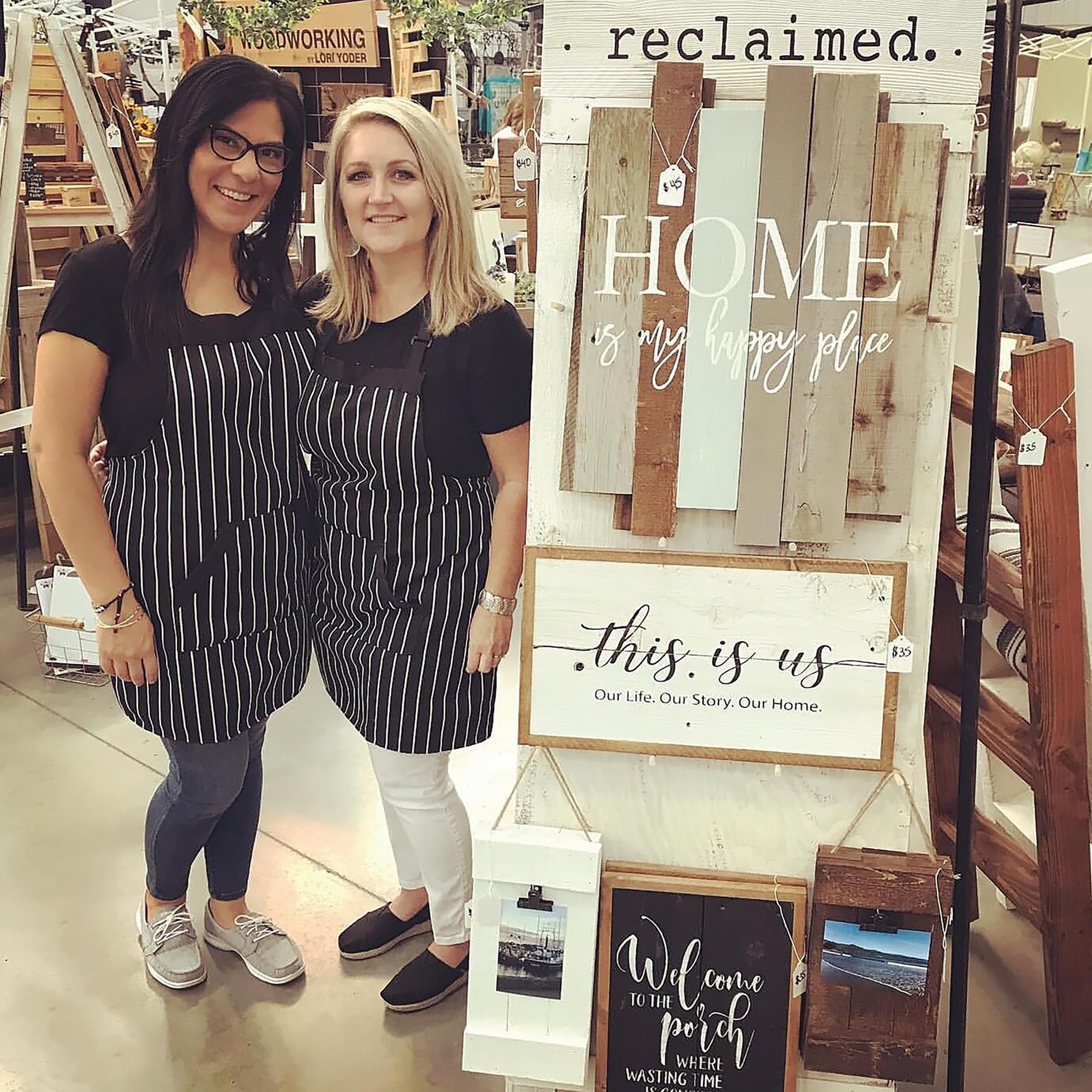 Rusty Roots moves forward with annual antique show at the International Agri-Center Sept. 26 and 27. More than 3,000 people showed up at its spring show in Bakersfield to peruse items from about 100 antique vendors.Submitted photo

“There’s so many people that have not been able to take advantage of all the help and support that the government has offered, myself included since I have not qualified for anything,” Scarbrough said. “That’s the greatest gratification for me is being able to help them. It feels like a ray of sunshine through all of the darkness.”

A lot of the vendors and small business owners rely on events like the Rusty Roots show in the fall, to get them through the holiday season. There are also vendors participating who have lost their homes in the wildfires happening around the Central Valley. This show will give them something to look forward to plus an opportunity to earn some extra income.

Over 100 vendors will be coming from several different states. In the past they’ve had vendors from other countries such as England, but not this year due to international travel restrictions. According to Scarbrough, the show will also be a good chance for community members to get out of their homes. They can expect a wide variety of items being sold from vintage décor, creative art, garden art and succulents, furniture, and other kinds of antiques. There will also be a plethora of food vendors ranging from dried fruits and vegetables, snacks and desserts, or even full meals from places like Chicken Shack or Pita Kabob.

“I’m excited that we’re able to bring vendors from so far away with unique items that no one else is able to provide, and it is for everyone here to take advantage of,” Scarbrough said.

The show will take place from 9 a.m. to 3 p.m. Tickets are only sold at the gate and are $5 for general admission. Early bird tickets are available on Saturday which will grant entrance to the show at 8 a.m. Children 15 and under are free. More information can be found on their web site rustyrootsshow.com.

The Rusty Roots show began in Visalia in 2011 in the Sears parking lot. The show started with just 20 vendors and now has grown to over 170 amongst the different shows. Due to the immense growth, the show had to move to the International Agri-Center in September 2018. They’ve also done shows in Turlock and are working on expanding to northern and southern California.