EXETER – The Exeter City Council gave the thumbs up to Bill Morgan of West Coast Construction to build a 44-unit apartment complex in the footprint of the old Copeland’s Lumber Yard in May. All that was left was for the Exeter Planning Commission to settle on a specific style.

The proposed complex on South F Street between Chestnut and Cedar streets is described as family apartments and will consist of 20 one-bedroom units, 18 two-bedroom units and 6 three-bedroom units. The units will be contained in three separate buildings, two will be two-story and one will be three-story, that all face F Street. Between the buildings will be an interior courtyard and around the buildings will be 90 off-street parking stalls—15 stalls in a garage, 71 in uncovered stalls, and four handicapped accessible stalls. There will also be public parking on Chestnut, Cedar and F streets.

Exeter City Council paved the way for the development in their June 23 meeting by changing the zoning on the property. In a planning commission staff report, city planner Greg Collins said changing the zoning of the property from “service commercial” to “multi-family residential” would prevent residents in the area from living near businesses that could be “noisy, not visually-pleasing and generate a fair amount of traffic,” such as auto repair, warehousing, lumber yards and sheet metal yards. He also noted that residential in-fill projects near downtown would provide more foot traffic for businesses at the city’s center. 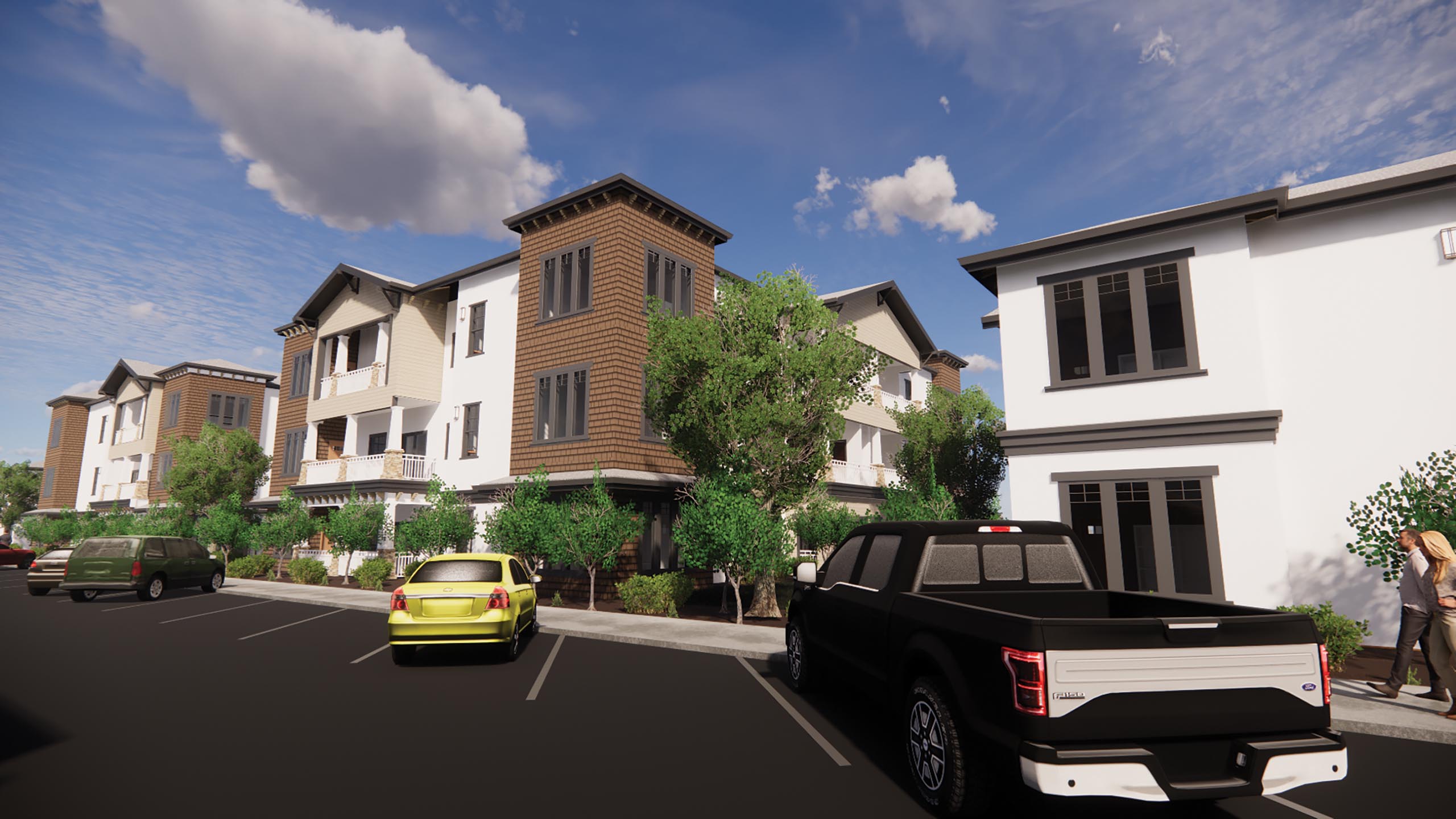 The Exeter Planning Commission settled on a modern California bungalow style of apartments last month. The apartments will be built in the footprint of the former Copeland’s Lumber Yard on South F Street.Renderings courtesy of the City of Exeter

Morgan told the council that he would like to start building the project as quickly as possible back in June. He also said that he plans to charge $1,100 to $1,500 depending on the size of the unit.

The project was met with initial push-back from members of the community who had a knee-jerk reaction to the notion of affordable housing being a part of the plans. In order for the project to reach 44 units Morgan’s firm needed to apply for a “density bonus” that stipulates a portion of units offered must be available for moderate income housing assistance. Out of the 44 units offered, only four of them will qualify for moderate income housing assistance that caters to households making $45,000 per year and under, according to Collins.