President and CEO James M. Ford shared his intention to retire in 2022 following the transition of a newly-appointed leader

FRESNO – The man who helped build a local bank into one of the largest in California is set to retire next year. 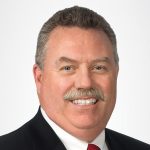 “For many years prior to joining Central Valley Community Bank I had admired their success. I am pleased to have had the opportunity to lead the team and Company over the past seven years to their next level of success, and I look forward to transitioning my successor,” Ford stated.

Ford brought over 30 years of banking and overall financial leadership expertise to Central Valley Community Bank when he joined the bank in 2014. During his tenure, the bank vastly expanded its footprint acquiring Sierra Vista Bank in 2016 and Folsom Lake Bank in 2017, both in the Sacramento area. The acquisitions helped CVCB become one the state’s 40 largest banks and the in the top 12 for community banks. Ford helped grow business relationships organically through the two acquisitions. Additionally, assets nearly doubled to over $2 billion and tangible book value per share grew from $8.10 to $15.19 thus far during his tenure.

“We are proud that in our 41-year-old history our Company has been led by only three CEOs and honored that it has been led the past seven years by Jim’s tireless commitment to the bank, our employees, our shareholders and the communities we serve. He is an accomplished leader and we wish him success in his retirement after the transition,” CVCB chairman Daniel J. Doyle said.

The board of directors has established a search committee to review and implement its succession plan by evaluating internal and external candidates and potentially engaging the assistance of an executive recruitment firm.