SACRAMENTO – The Valley’s best hope to renovate its water infrastructure has been put on the shelf for now.

Senate Bill (SB) 559, the State Water Resiliency Act of 2021, was moved to the state Assembly’s “inactive file” on Sept. 8. The bill passed the Senate floor on May 28, and had promise to make it through the Assembly before last week.

Senator Melissa Hurtado (D-Hanford) introduced the most recent iteration of the bill in February. As written SB 559 offered a holisitic, statewide approach to help restore the conveyance capacity by created a fund to provide up to $785 million to repair key parts of the state’s water infrastructure. Most notably for Tulare County and other Valley communities, the bill would have advanced funds for repairs to the Friant-Kern Canal, Delta-Mendota Canal, San Luis Canal and California Aqueduct—California’s main state and regional water conveyance infrastructure. 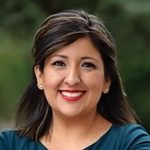 Hurtado stated after the bill was shelved that in his May Revise, Governor Gavin Newsom proposed $200 million to help repair the canals. In the budget ultimately adopted by the Legislature and signed by the governor, $100 million was allocated to fixing the canals. Unfortunately, amendments to the bill in the Assembly killed any hopes of using the money in an easy or practical way.

Senate Bill 559 passed out of the Appropriations Committee on Aug. 26, with amendments that would place fund administration under the Department of Water Resources in consultation with the Department of Fish and Wildlife.

“Under these amendments, the departments would have to follow various guidelines and conduct studies in order for funding to be released and allocated. These requirements will further complicate the process and the fund disbursement, slowing construction on the State’s water conveyance canals,” a press release from Hurtado’s office stated. “Assembly Appropriations amendments also deleted the specific funding allotments planned for in SB 559 as introduced.”

Advocates are not giving up on the legislation. The Friant Water Authority stated that they will support Hurtado in making this a “two-year bill.” They went on to say that they are committed to working with her to “re-engage” on the bill during the next legislative year.

In terms of funding, the loss of the bill this year is a major blow to the water authority who is struggling to overcome major subsidence issues on the canal. They stated that the fund the bill would have created represents a third of the total cost for repairs as part of a three-way state-federal-local cost sharing arrangement.

“In fact, millions of federal dollars have already been secured, including $250 million for the Friant-Kern Canal, $3 million for the Delta-Mendota Canal, and the local cost share from the State Water Project is guaranteed,” the Friant Water Authority noted.

Clearly disappointed, Hurtado said the amendments would hamper Californians’ access to water in light of the dry effects of the current drought and climate change.

“The cries for help from communities that are running out of water and from struggling farmers wasn’t enough to stop forced Assembly amendments to a sound solution. It is unfortunate, but I will not add further pain to struggling farmworkers and communities,” Hurtado said.