TULARE – Tulare Local Health Care District has selected current District 1 board member Phil Smith to replace Sandra Ormonde as the new CEO, opening another board vacancy and bringing the district that has battled back from corruption and bankruptcy down to a quorum of three.

Smith was appointed to current Tulare city council member Steve Harrell’s seat on the hospital district board earlier this year when Harrell resigned amidst the threat of a conflict of interest suit from local law firm Melo and Sarsfield. With an MBA and over 34 years of banking—most recently with Central Valley Community Bank—under his belt, Smith said he’s ready to serve his community in his new role as head of the hospital district.

“I hope I have the talent and relationship development capability to achieve what the board and the community wishes to achieve,” Smith said. “I can do the math, I can do the accounting. What I’m hoping to bring is the fact that I already have a reputation established in the community. I’ve fixed more than one problem here, and I feel called to serve.”

Smith has no shortage of math and community relations ahead of him as the shadow of the unfinished hospital tower 15 years in the making looms over the district with an estimated $70 million price tag to get the doors open, which will likely require passing a bond measure through voters weary from years of mistrust and corruption at the hands of criminally indicted Benny Benzeevi and Healthcare Conglomerate Associates (HCCA).

Smith previously served on the city of Tulare’s board of public utilities (BPU) for five years until he resigned in protest in 2017 after fellow board members Ed Henry and Lee Brehm were ominously removed from their seats by 3-1 city council votes during Carlton Jones’ tenure as mayor. After the “distasteful” end to his stint on the BPU, Smith wanted to find another way to serve his community, and landed on the board at TLHCD in 2021. Smith cleared the air on the selection process for his new role at the hospital district.

“I want the public to know I was recused for the entire process. I don’t feel there’s a conflict and our [legal] counsel has advised there is no conflict,” Smith said. “Sandra resigned and I’m really sorry to see her go, she’s done a great job…I thought about it for a while and I called up Kevin [Northcraft] and said, ‘I think I might want to do this.’”

Smith will be stepping into big shoes replacing Ormonde, who in her short stint as CEO—beginning May 1, 2019 and ending Dec. 1, 2021—oversaw the closing of more than 30 lawsuits, the districts recovery from bankruptcy, the planning of both the future management of Evolutions Fitness Center and completion of the hospital tower, not to mention led the hospital district through a global pandemic.

With Smith’s tenure as CEO beginning Dec. 1, his resignation from his current District 1 board seat is imminent, and the district will be looking to fill the seat with a Tulare community member interested in public service.

That task has proven to be less than simple for the void left in District 3 by former board director Senovia Gutierrez, who resigned Oct. 1 to take a job with Los Angeles area-based nonprofit Team Hope helping unaccompanied children who cross the Mexican-U.S. border. As of the Nov. 10 special board meeting, the district had two applicants for the District 3 seat: Marmie Fidler and Bill Postlewaite, both of whom were interviewed for the public service position. 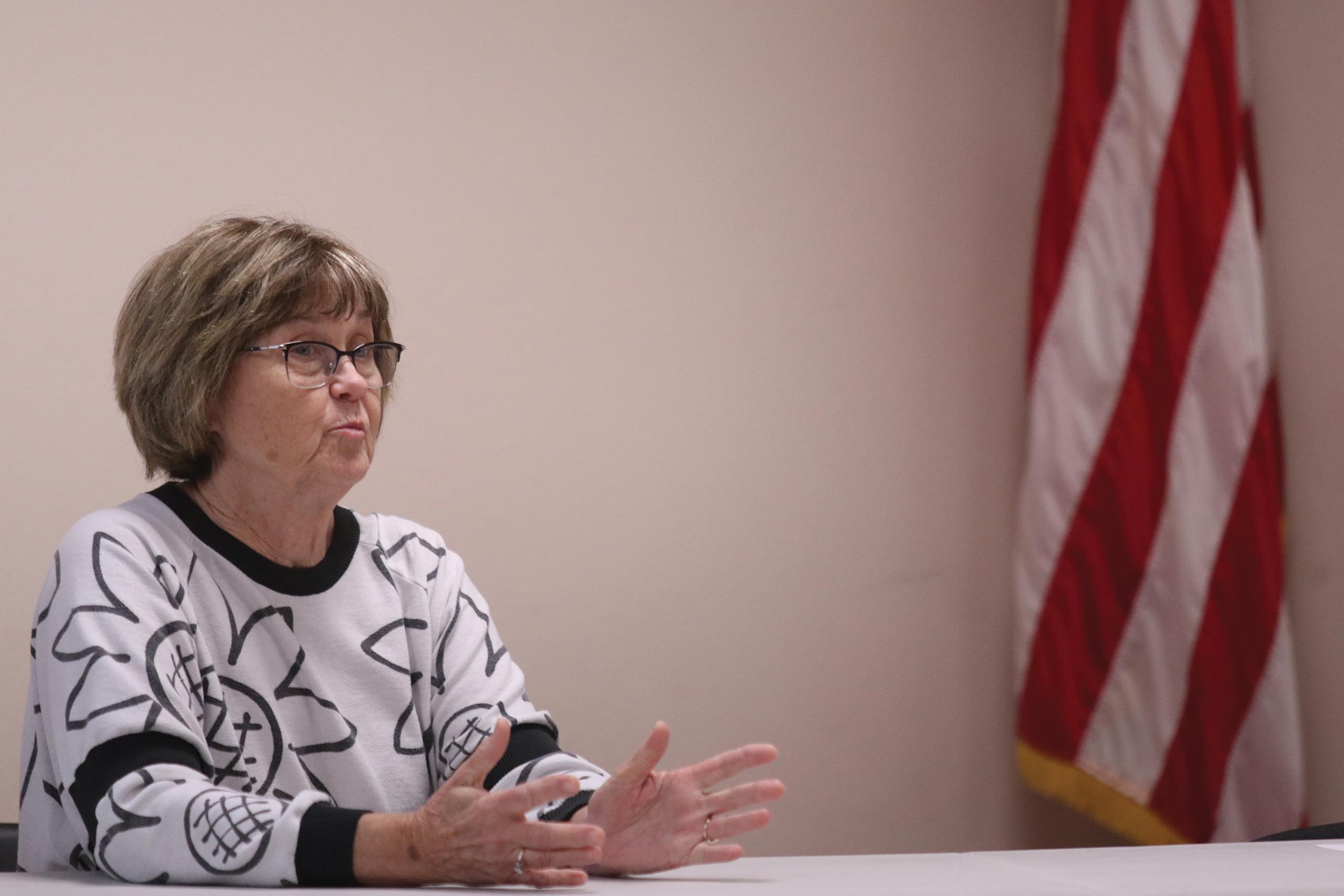 Marmie Fidler fields questions from the board during her interview for the District 3 board seat.Photo by Ben Irwin

Fidler, a Tulare native her whole life, began her life in the hospital in Tulare, as did her four children. Its life and death in Tulare for Fidler, who with her husband is in the line of work of making headstones and monuments for the cemetery in town through their business, Barnes Memorial. Also a current board member at the Tulare Hospital Foundation, Fidler said she’s happy with Adventist’s role in the community and is ready to serve and speak her mind.

“I think as a woman I would bring a different point of view, as Senovia [Gutierrez] did, on the board,” Fidler said. “I do have a conscience and I vote with my conscience.”

Gutierrez was present via Zoom for the candidate interviews, but later endorsed Tulare County Health and Human Services Agency Division Manager of Public Health Cecilia Herrera as her replacement, who gave her pitch to the board during public comment after the interviews. Herrera did not meet the application deadline for the District 3 seat and consequently was not included in the interview process, but her public comment stunt paid off.

“If you’re going to open it up once you close it down, that tells me you’re maybe looking for something you haven’t found yet,” Postlewaite said.