TULARE COUNTY –  The parched town of Teviston has been devastated by drought. The throes of the 2012-2016 drought forced the town’s community services district to pump more water out of the ground for its 1,200 residents to survive sweltering summers. Two years later, the mostly farmworking community members couldn’t drink what little water they had because it was contaminated with a cancer-causing chemical. And last summer, water stopped flowing to the 350 homes for more than a month, as residents were forced to bathe out of buckets and subsist on deliveries of bottled water.

Teviston taps were eventually turned back on following a project to repair the town’s only well, which had failed for the third time since 2012. It will likely fail again because the well is just a symptom of a larger problem – the water below the surface continues to be sucked out clogging the pump with the sand that remains.

The only solution to preventing future well failures in the rural town south of Pixley is to put water back into the ground, something the Tulare County Board of Supervisors attempted to do at its Feb. 8 meeting. The supervisors unanimously applied for $500,000 in state funding for two projects to protect the water supply for disadvantaged communities in the Tule Subbasin, the watershed in southern Tulare County fed by the Tule River.

Denise England, water resources program director for Tulare County, said the first project would identify properties whose groundwater is “upstream” from Teviston where the Tule Groundwater Sustainability Agencies (GSAs) could use surface water to recharge the aquifer flowing beneath the disadvantaged community. The project will be funded by Sustainable Groundwater Management grants administered through the Department of Water Resources (DWR). The state set aside funding in the 2021 budget and Proposition 68 to help GSAs in overdrafted basins implement the Sustainable Groundwater Management Act. Signed by Governor Jerry Brown in 2014, the groundbreaking law requires watersheds to put at least enough water into the ground to offset what is pumped out by 2040.

Each subbasin was awarded $7.6 million for projects to reach its sustainability goals. England said all of the projects being considered for the funding must be submitted to DWR by early March.

Teviston is technically located in the Pixley GSA of the Tule Subbasin but the official members of the Pixley GSA only include the Pixley Irrigation District. Since the Teviston CSD is not a member of any GSA they are represented by the county, which is a de facto member of every subbasin and many GSAs to represent rural communities who do not have a seat at the groundwater tables and why Tulare County was applying for the SGM grants on Teviston’s behalf. 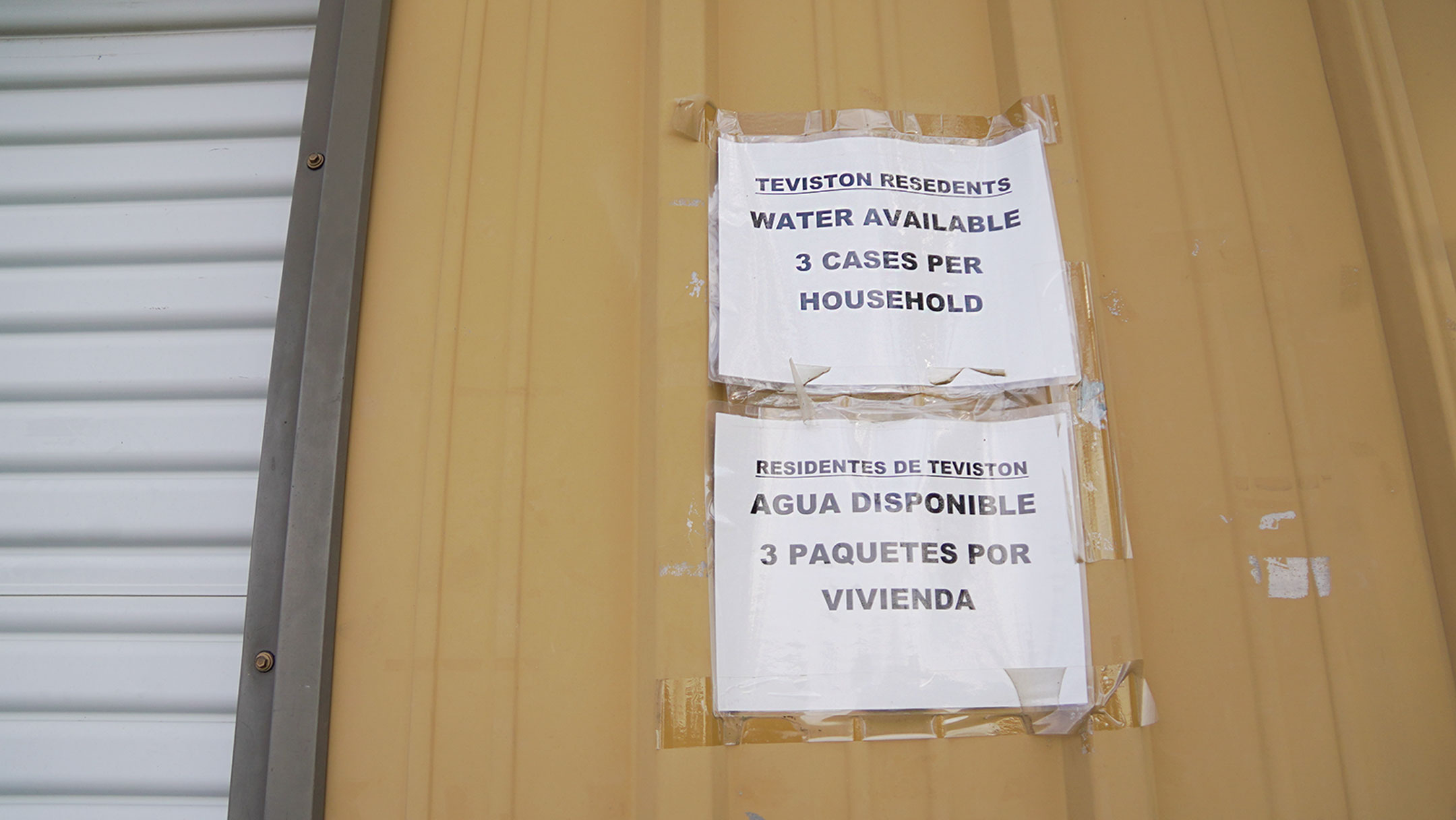 “For the community of Teviston, this would be a significant gain for them stabilizing their water system over the long term,” said Supervisor Pete Vander Poel, who represents District 2 encompassing Teviston.

England said the project would also help with Teviston’s water quality problem. Teviston has had 16 violations for exceeding water quality standards for 1,2,3,-Trichloropropane since 2018. In fact, the town’s water hasn’t been in compliance for the contaminant in four years. Known as 1,2,3- TCP, the man-made chemical found at industrial or hazardous waste sites. It has been used as a cleaning and degreasing solvent and also is associated with pesticide products, according to the State Water Board. The chemical was added to the list of chemicals known to cause cancer in 1992. By recharging the aquifer with TCP-free surface water, Teviston’s water would have a lower concentration of the contaminant for what England calls a “dilution solution to pollution.”

Thanks to a $3 million settlement with two of the companies whose products allegedly contained 1,2,3-TCP, Teviston had funding to repair its well and has been approved for just shy of $4 million for a new well, water storage tank and a backup generator through the state’s Small Community Drought Relief Program. The project will prevent the town from relying on just a single well for the entire town. 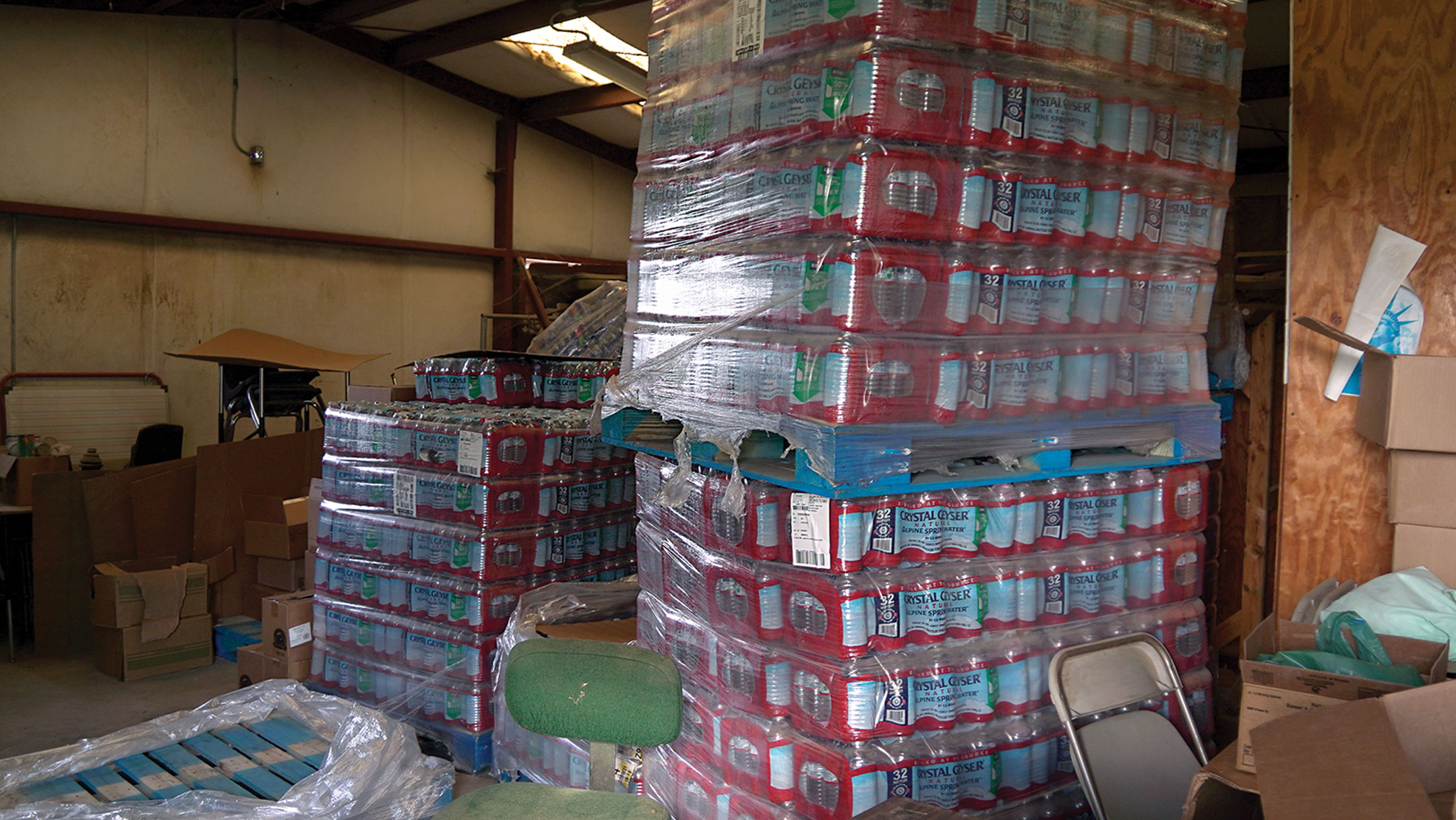 In addition to the Teviston project, the county is also applying for a water security planning project to “identify, characterize, and develop concept designs for two to three drinking water security projects in the Tule subbasin.” The pilot projects will be focused on improving the water quality and quantity for disadvantaged communities throughout the Tule Subbasin.

Creeks for Kaweah
Another project on the eastern edge of Visalia will also provide more opportunity to recharge groundwater near the county’s largest and second largest cities. A day before the supervisors met, the Visalia City Council put in its requests for SGM grants.

The city council unanimously approved three projects part of the same broader project along Cameron Creek totalling $7.4 million of the $7.6 million for the Kaweah Subbasin. The largest portion of the project would be to construct two recharge basins which will pump water from the creek into the recharge basin. The northern recharge basin is estimated to cost just under $2.1 million and the southern has a price tag of over $4.2 million. The third piece of the project is a check structure which will carry water from the creek into the recharge basins at a cost of just over $1.1 million.

Aaron Fukuda, general manager for Tulare Irrigation District and the Mid-Kaweah GSA, said the Cameron Creek project is just part of the overall plan to recharge groundwater in the Kaweah Subbasin. Tulare Irrigation District has already made plans in wet years to put more surface water into Packwood Creek where it will percolate through the soil and into the groundwater. Sandy creek beds are excellent places for naturally occurring groundwater recharge, making the projects less expensive and more environmentally friendly than constructing basins to sink water below.