Among the stimulus relief provisions was $13 billion to provide financial assistance to America’s agricultural producers, a welcome sight according to Tricia Stever Blattler, executive director of the Tulare County Farm Bureau. 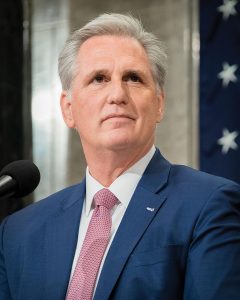 Stever Blattler said a particular aspect of specialty crop funding, the $69.5 million from the fiscal year 2021 appropriations to combat and suppress citrus greening disease, is vital to Tulare County as one of the largest citrus growing regions in the nation.

“The California orange market really is the fresh orange market. While we produce citrus for both fresh eating and juice, we are really known for our export quality citrus. We send nearly 50% of our citrus overseas from Tulare County,” Stever Blattler said, “Having that additional funding to support fighting the disease and the bug that carries the disease is really critical here locally.”

The Asian citrus psyllid (ACP), a harmful exotic pest brown in color and smaller than a grain of rice, spreads the devastating citrus disease huanglongbing (HLB), or citrus greening disease, through feeding. Trees infected with the disease bear small, asymmetrical fruit that are partially green, bitter and unsellable.

The exotic pest has been found in at least 28 counties, including Tulare dating back to at least November 2018, when the California Department of Food and Agriculture announced the presence of the disease has yet to take a significant foothold in Tulare County.

As one of the most destructive diseases of citrus worldwide, it could devastate the local citrus industry if it spreads. Stever Blattler said the Tulare County Agricultural Commissioner’s Office monitors the pest through traps and on live trees at commercial orchards, but more of the concern for spread lies in residential citrus trees.

“I think the greatest fear is that it will be found in a residential, ornamental orchard where someone’s just got a few backyard trees, and maybe they don’t do the best job with treatments and watching for the bug,” Stever Blattler said, “I know that’s happened a lot in the Riverside, San Bernardino county areas.”

The spending bill also included $206 million for the Friant-Kern Canal, which supplies water to farmers and families in Kern and Tulare counties, to repair a subsidence-induced sag that has cut water deliveries by 60%.

“That is really probably the other major local effort that will really be important for every type of producer, regardless of commodity type,” Stever Blattler said. “Every single one of us relies on that Friant-Kern Canal for a lot of different conjunctive uses of water. Tulare-Kern County families will certainly benefit significantly.”

The Friant Water Authority recently settled a lawsuit with farmers in southern Tulare County—represented by the Eastern Tule Groundwater Sustainability Agency—who agreed to contribute at least $125 million to repairs. Repairs should be able to go out for bid as early as this month.

The funding for water didn’t stop with the Friant-Kern Canal, $134 million from the government spending bill was allocated to fund water storage infrastructure projects in California and the West authorized by the WIIN Act of 2016.

The Water Infrastructure Improvements for the Nation Act (WIIN Act) was passed in 2016 to address, support and improve America’s drinking water infrastructure. Grants from the program include assistance for small and disadvantaged communities, reducing lead in drinking water and lead testing in school and child care program drinking water.

The Environmental Protection Agency announced the new Lead and Copper Rule Dec. 22, emphasizing better protection of children at schools and child care facilities, getting the lead out of our nation’s drinking water, and empowering communities through information.

Tulare County has some of the worst water in the state—107,922 people have unsafe drinking water according to State Water Resources Board data from Community Water Center, a Visalia non-profit working for community-driven water solutions through organizing, education, and advocacy in California.

Valley fever, a fungal disease congressman McCarthy was able to shed some light on with the FDA through a public workshop back in May, received $4 million for research at the Centers for Disease Control and Prevention.

People contract the mycotic disease from inhaling fungal spores, which usually enter the air when soil or dust is kicked up, like from agriculture or construction work. The spores prefer to live in undisturbed and dry natural soil. Once they’ve entered the air, valley fever spores can travel up to 75 miles. People who work outside, like farm workers, tend to be at a greater risk of contracting the infection.

As a part of the COVID stimulus relief, Farm Credit System Institutions were made eligible to make loans under the Paycheck Protection Program (PPP). Stever Blattler said the expanded eligibility of PPP to business that suffered a 25% cut in year to year gross revenue—previously 50%—will help cover the gap for small farmers who file as sole proprietors.

”Looks like it lowers the threshold a little bit,” Stever Blattler said, “and makes it a little bit easier for some of those smaller business owners, particularly sole proprietors to maybe access some of that Paycheck Protection Program money.”

PPP is also including some costs to include the purchase of more personal protective equipment for employees, but Stever Blattler said unfortunately the program does not allow farm labor contractors to apply.

“That’s still an unfortunate exclusion, and I don’t know why that would be,” Stever Blattler said. “But fortunately, ag has received I think a lot of support with PPE. Supplies after the initial surge last spring where inventories were really limited—it seems like the pipeline has filled back up. I’m not hearing about ag producers struggling to find PPE, most of our county agricultural commissioners have had a huge influx of inventory that they’ve just given away for free. So hopefully it’s readily available at this point.”