WASHINGTON, D.C. – Despite taking two years off from Congress, David Valadao (R—Hanford) is getting back to work by introducing new legislation to help keep water flowing in the Central Valley.

The RENEW WIIN Act would extend the general and operations provisions of Subtitle J of the WIIN Act and extend the provision requiring consultation on coordinated operations of the Central Valley Project and State Water Project. The legislation would also extend the authorization of appropriations for water storage projects that the Secretary of the Interior finds feasible. The RENEW WIIN Act is supported by the entire Republican delegation.

This is Congressman Valadao’s first legislative action of the 117th Congress, bolstering his commitment to fighting to bring more water to California. 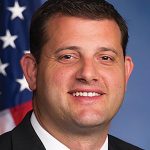 “As a dairy farmer and a lifelong resident of the Central Valley, I know firsthand just how important water is to farmers and families in California,” said Congressman Valadao. “I promised my constituents that I would fight to bring more water to the Valley. Today, I introduced legislation to extend the authorities under the Water Infrastructure Improvements for the Nation Act of 2016, providing access to safe, clean, and reliable water for our communities.”

Water stakeholders up and down the Valley heaped praise on the WIIN act from 2016 and hopes that the RENEW WIIN act only helps bring greater funding to desperately needed water infrastructure projects.

“The WIIN Act was the most consequential water legislation for California in decades,” Jason Phillips, chief executive officer of Friant Water Authority said. “Among other positive results, it increased water user engagement on CVP operations and authorized hundreds of millions of dollars in water infrastructure funding, some of which Friant Water Authority was grateful to access for our project to repair the Friant-Kern Canal.

“We are thankful for Congressman Valadao’s introduction of the RENEW WIIN Act, which will allow us to continue realizing the benefit of the WIIN Act’s provisions for another decade or more.”