Tulare County Crop Report for the week ending May 7

Small grains and other field crops: Winter row crops are coming along nicely, due to a lack of late season rain some have had to supplement with ag well irrigation. Alfalfa is being cut, dried, and baled. Small grains continue maturing in fields. Winter grain fields that have been harvested for silage or hay are being fertilized, tilled, and planted with corn or cotton. Corn is growing steadily and in elongating stage.

Deciduous tree fruits, nuts, and grapes: Early stone fruit varieties are being harvested. Cherries are being harvested. Plum and peach orchards are still developing fruit and are being irrigated and pruned. A couple lots of early peach varieties have been harvested such as zee fire and May princess. Almond orchards are developing nuts and flushing out leaves, the same as in walnuts. Kiwi vineyards are leafing out, being tied, and irrigated. Grape vineyards are slowly beginning to develop fruit and are being drip-irrigated and tied. Re-export grapes are going to Canada. Pistachios are being processed and exported in large quantities to Ecuador, France, Mexico, Switzerland, Saudi Arabia, Turkey, Israel, the Netherlands, Belgium, Italy, Spain, Australia, Hong Kong, Norway, Vietnam, India, Luxembourg, Sri Lanka, Germany, and China. Walnut canopies are becoming much denser with leaves. Last season’s walnuts are being exported to Spain, Greece, Morocco, and Turkey. Almonds are being exported to Japan, Mexico, Spain, Taiwan, Lithuania, the United Arab Emirates, Korea, Malaysia, Algeria, South Africa, India, Cambodia, and Israel. Pecans are being exported to the Middle East, New Zealand, the United Kingdom, and Italy. Almond exports are being shipped to Japan, Korea, Israel, the United Arab Emirates, Taiwan, Vietnam, Guatemala, Sweden, Mexico, Colombia, China, Indonesia, and India.

Citrus, avocados and olives: Beehives are being moved out of citrus groves. Clementine mandarins are still covered with bee netting to prevent cross pollination. Valencia oranges are being packed for domestic markets and exported to Japan, Korea, Hong Kong, and Taiwan. Domestic and export navel orange harvest is slowing down due to rising temperatures. Navels are going to Cambodia, Vietnam, Peru, Mexico, Korea, Japan, Taiwan, China, Malaysia, the Philippines, Indonesia, and Hong Kong. Murcott mandarins are being picked and packed for U.S. and Mexico markets. Minneola tangelos are being packed for domestic markets and exported to Japan and Korea. Lemons are currently being harvested and packed for domestic markets, as well as being exported to Korea, Japan, and Mexico. Olive groves are being cleaned and pruned. Star ruby grapefruit is being exported to Korea and Mexico.
Vegetables, melons, herbs and berries: Strawberries are still being picked and packed and sold at local stands along with leaf lettuce varieties. Onions are ready for harvest. Blueberries are being picked for domestic use and exported to Canada, Taiwan, Vietnam, and the Philippines. Planting times for spring vegetables have been staggered to spread out future harvest. Dragon Fruit plants are being sent to Arizona. Winter vegetables harvest is mostly completed, and summer vegetables are being planted. Vegetable plugs are being sent to Nevada. Green beans are in full blooming. Herbs and other vegetables are being harvested and sold at local stores. Onions, fava beans, zucchini, eggplants and garlic continue to grow.

Livestock and poultry: Fed-cattle remained at $140/cwt. this week. Bulls and butcher cows are still in high demand at market. High temperature days have taken its toll on native grasses and forage reducing the amount of forage available to grazing cattle. Irrigated pastures are in good to excellent condition. Nonirrigated pastures are in fair condition. Some ranchers are continuing to supplemental feed their livestock with alfalfa and oat hay.

Tom’s additional comments: Nurseries are still busy, with garden essentials for summer vegetables, flowers, and fruit trees both coming in and going out. Nursery stock shipments are going to Oregon, Washington, New Jersey, Texas, and Utah. Bamboo sticks are being exported to Canada. Bareroot roses are in the final stages of being shipped. Cut flowers are being imported from Costa Rica, Ecuador, and Colombia. Wholesale nurseries are shipping out more spring stock to other states and prepare for summer planting. 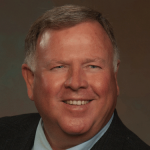