Realtors say there is only an 18-day inventory driving up median prices in Visalia to $322,000, but still among the most affordable in the state

VISALIA – Visalia residents are buying up property faster than developers can build homes.

Exeter realtor Dena Clark, president of the Tulare County Association of Realtors, said homes in the $250,000 to $300,000 range have sold the day they go on the market with as many as 18 offers. In some cases, buyers are making cash offers nearly $100,000 over the listing price.

“I’ve never seen a market like this in my 16 years here,” Clark said.

Median home prices in Visalia have increased 28% in the last year to $322,595 and are rising faster than the county (23.5%), the Valley (14.5%) and the state (22.5%), according to the Tulare County Multiple Listing Service (MLS), the real estate broker database tracking the housing market. In January 2020, Visalia homes were selling for about $12,000 more than the rest of the county on average but still far below the Valley median price of $386,570 and the state median of $700,000, the strongest growth in seven years. The gap between Visalia and the county had more than doubled to $26,095 by January 2021. Price per square foot in the county and in Visalia has increased 29% from $136 in January 2018 to $176 last month. That’s still the lowest in the state with the exception of Kings and Kern County nearly even at $172 and $177 and Lassen Counties with the lowest at $159.

“It’s an exciting time for our local market because it is still affordable compared with most of California,” said Exeter realtor Dena Clark, president of the Tulare County Association of Realtors.

The steep increase in home prices is being driven by a dwindling supply. Tulare County MLS shows the number of homes for sale has steadily dropped from a peak of more than three and a half months to just a month. The market is even tighter in Visalia, where supply has dwindled to just 18 days’ worth of inventory. The median number of days a home is on the market is just 10 days. A normal healthy market is six months of inventory. Statewide, there is only a six-week inventory with homes on the market for just 11 days, a near record low.

“This is something very different from what I’ve seen in my 16 years here,” Clark said. 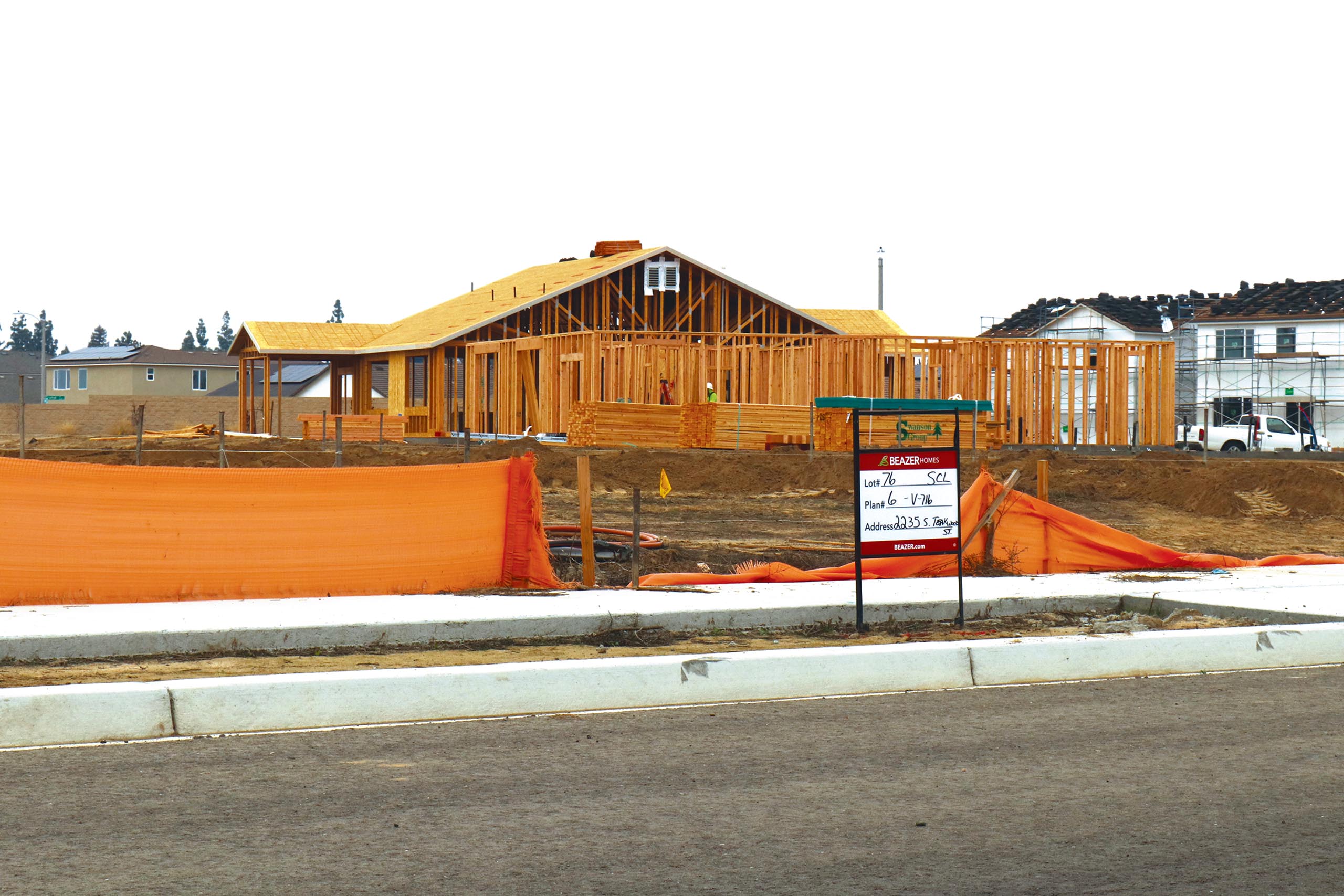 Median Visalia home prices are higher than average at $322,000 because of a lack of housing supply.Photo by Jermaine Johnson II

What little inventory the county does have is being created by older residents exiting the state. Clark said many retirees are cashing in on the equity in their homes and buying large pieces of property in state’s where the cost of living is lower, property is cheaper and tax laws are more favorable. This allows middle income families to move into larger homes and, in turn, free up starter homes for renters to purchase. The majority of buyers in the market for a home are first-time homebuyers taking advantage of low interest rates and pent-up income they could not spend on travel and outings during the pandemic.

“In many ways the pandemic grounded us,” Clark said. “Essential workers wanted a safe haven to work and relax and a safe place to educate their children and spend more time with family.”

Clark said the local housing market was busy prior to the pandemic, which forced realtors to shut down officers for a 10-day period while they were briefly deemed non-essential. When they returned, Clark said consumer trends had flipped from people looking to downsize to people needing larger homes to accommodate separate rooms for parents to work from home and for students to learn from home.

“Renters wanted a permanent home with more space and homeowners wanted larger homes with more space,” Clark said. “And in some cases, that isn’t two adults and a few children, but often adult students forced to stay or return home when colleges and universities closed their campuses.”

Working from home also opened up home buyers to relocate to the Valley without transferring within a company, finding a new job or starting a new career. Clark said there were more than a few buyers from the Bay Area and Southern California who may only need to go in one day per week, depending on the type of work they do, even after the pandemic ends. Others are moving out of the cities and into rural areas to avoid the traffic congestion, crowds, and cost of living while still maintaining high wage jobs there.

“I have a client now who is living in Tulare County and working in Washington, D.C.,” Clark said. “People can work further from home without worrying about the commute.”

Clark said prices should level off as more homes come onto the market. Developers seemed poised to meet some of the demand. In his recap of 2020, economic development manager Devon Jones said 601 new single family permits were pulled in 2020, just 6% lower than 2019, which produced the most single family permits since 2007. The city is also converting more acreage for development. At its Feb. 16, the Visalia City Council began the process to annex 19 acres of land into the city limits and convert the land from Tier 2, growth expected 10-15 years out, to Tier 1, where development can happen immediately once it falls within the city limits. The land is adjacent to San Joaquin Valley Homes’ Greystone subdivision, which the home builder says is ready for phase three of the subdivision, which will create 63 new single-family lots.

Councilmember Brett Taylor, who is also executive director of the Tulare County Association of Realtors, thanked city staff for opening up land for development and the developer for helping relieve a tight real estate market for buyers.

“We really need to open up tier 2 land for development,” Taylor said at the meeting. “We need more housing so bad in Visalia. I’ve never seen the inventory so low.”