TULARE – Some of the most competitive races this election cycle are in the city of Tulare. Two of the three races have been called for certain, but the race to see who captures the city council seat for District 3 is far too close to call. 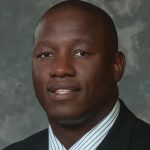 Carlton Jones ended election night on Nov. 3 down by 50 votes to challenger Steve Harrell. But as of Monday, Nov. 9 Jones was ahead by 11 votes, 1,697 to Harrell’s 1,686. Harrell’s lead has been steadily eroding since the first election update came out. On Friday, Nov. 6 he only led by 11. Turnout for the district has been relatively high. As of Monday 3,593 votes were counted. And there are 5,418 registered voters in the district. Making turnout 66.32%.

Things started to get heated on the campaign trail once Harrell’s son was arrested in an online underage sex sting set up by the Tulare County Sheriff’s Office. Deputies imitated young boys and girls online and interacted with local men soliciting sex from minors. The sting nabbed 14 men, among them was Chris Harrell. 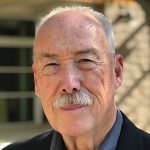 It was reported in other local media and plastered online that Jones defaced a Steve Harrell campaign sign. On social media he tried to link Harrell and his son’s reputation since Chris was managing Harrell’s online presence.

Harrell responded on social media and said that Chris turned over managing Harrell’s social media account to him, presumably after his arrest. He also said that Jones “needs to get his facts straight” while indicating that deputies in the sting that arrested Chris were imitating a 19-year-old. That has not been confirmed. He added that Jones should focus on his current job: being a city councilman.

“Carlton you need to…concentrate on being a city councilman with integrity and respect for people that are innocent until proven guilty,” Harrell said.

Mayor Jose Sigala easily cruised to reelection in District 1 defeating challenger Clara Bernardo. As of Monday, Nov. 9 the Tulare County Elections Office reported that Sigala was leading by a healthy margin, 61.76% to Bernardo’s, 38.24%.

The two candidates clashed over homelessness in September during The Sun-Gazette’s Tulare City Council online forum for all three district races. Earlier this year the city decided to move forward with an ambitious low-barrier homeless shelter. With Sigala’s support Tulare approved a $500,000 allocation in housing funds for the project that is supposed to provide 76 beds and is slated to be located at 444. E. Cross Ave. The goal is to house all of the city’s homeless by January 2021.

Bernardo said during the forum that she would rather see the money be used for services than just housing.

“Basically, putting them all combined in one roof has never solved anything. And I understand that there’s programs in those shelters that do have help but I believe there’s a lot of other shelters that have the same type of programs,” Bernardo said.

The two candidates had somewhat differing opinions on what the city should do to help their downtown. Bernardo said they should take a few ques from Visalia and invite businesses with interest in staying open later.

“[Visalia has] totally changed that main street around…we come down our K street, we have great businesses down there, but by 5 p.m. everything’s done,” Bernardo said.

Bernardo gave her most full-throated indictment of the Tulare City Council over the topic of public trust.

“Truthfully, some of these people need to sit down and shut up and listen to the citizens…if one of them starts up it’s not right to jump on board. You’re here for your district. So, listen to them,” Bernardo said.

Sigala, who’s been on the council for many of the council’s clashes, addressed them head-on. He said that he attempted to create a culture of cooperation among the council when he became mayor but when he called for a meeting to hash out each other’s difference, two members declined to show up. Although, he did not specify who.

“I’ve been very glad to be working with the working majority on our council to bring some stability and some professionalism to our council and try to focus on issues and try not to pay attention to the disruptions at our council meetings,” Sigala said.

District 5 has easily been called for Patrick Isherwood who took the lead on election and never let it go. His initial lead on Nov. 3 was 38.82% and as of Monday it was down just slightly to 38.55% over the remaining four candidates in the field, including incumbent Greg Nunley. Nunley, who said he was ill for The Sun-Gazette candidate forum and was unable to participate, only gathered 12.45% of the vote as of Monday.

Other challengers like Mario Flores gathered the second most votes in the race with 1,507 making up 22.05%. In third place is Grady Dodson who has 1,456 votes making up 21.30%. The only candidate to come in with fewer votes than Nunley was Courtney Oliver. She gathered only 387 votes worth 5.66% of the vote in that race.

Turnout for the council’s fifth district has been unusually high for a local council race. Out of 8,182 registered voters, 7,295 cast a ballot making turnout 79.45%. And still not all of the counting has been completed.

Like Bernardo, Isherwood had some things to say about how the council has behaved in recent years. He went so far as to say he was embarrassed when he took a cohort of his high school students to a city council meeting in the past.

“Instead of bringing a notepad the students should have brought popcorn. The insults, shaming and fighting back and forth, it was embarrassing. The level of professionalism was sad,” Isherwood said.

Woodlake has four seats up for grabs this year, although they are split in an unusual way. Two seats, currently held by mayor Rudy Mendoza and councilman Joe Martinez were up for four-year terms. The other two seats currently held by William “Memo” Valero and Emmanuel Llamas are up for a two-year terms. Valero and Llamas are running to fulfill Louie Lopez’s and Greg Gonzalez’s terms respectively after they were appointed in 2019 and 2020. If one or both of them win they will have the opportunity to run in two more years to be elected to their own four-year terms.

On Monday the county election’s office updated report had Martinez and Mendoza up by 41.46% and 33.75% respectively. Challenging both of them for their seat is Maria Varela who has 24.79%. With Martinez leading Varela 903 votes to 540, there is practically no chance she can overtake him. On the other hand she trails Mendoza by 195 votes. Definitely a smaller gap than Martinez’s but she is not likely to overcome that deficit either with 60.38% of the vote in. So far 1,582 ballots have been counted out of 2,620 registered voters. And 60% turnout or more is relatively good for Woodlake.

It is unlikely that anyone catches Guerra Jr. but the second seat up for grabs could be taken by Llamas if he overcomes the 38 vote difference between him and Valero. Jack Persall is also in this race but has trailed in fourth since last week and only gathered 350 votes so far making up 16.26% of the vote.

The city council races for Lindsay, Exeter and Visalia were called in August after the Tulare County Elections Office filing deadline. As a result Lindsay will have three new council members and have their first all Hispanic council. Exeter replaced just one of their council members in District E after Jeremy Petty stepped down this June. Taking his seat on the dais will be Justin Mills. Brett Taylor replaced mayor Bob Link in a no-contest race for District 2. And Phil Cox will continue to serve District 1 on Visalia City Council.

The results as of Monday Nov. 9 for the following city council races and school districts are as follows:

Several school district board seats were up for grabs all over Tulare County. The results as of Monday, Nov. 9 are as follows:

Tulare Co. Board of Education