Chris Tavarez leaves a string of accomplishments in his short time at Exeter finance director, announces his move to city of Hanford 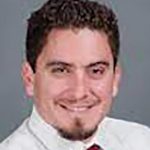 EXETER – Exeter bid farewell to their finance director who helped pull the city through some tight times over the last three years.

Tavarez succeeded interim finance director and city manager, Eric Frost. Frost stepped into both roles after Sheri Emerson left her post as finance director at the same time Randy Groom took on the Visalia city manager job. According to the mayor’s resolution Tavarez wasted no time getting settled into his role.

“Chris immediately went to work building a solid foundation for the finance department, which included establishing proposed financial goals that that Council adopted and cross training his entire department to ensure continuity of service,” the resolution stated.

Current city manager, Adam Ennis, said the Tavarez’s technical soundness in his position gave city staff a sense of confidence in hi ability. Ennis said that in 2017 he first began by cleaning up and appropriately tracking all of the city’s accounts. That allowed Ennis to make sound budgeting decisions that eventually led to an overall savings when the city refinanced some of their outstanding bond payments.

In Tavarez’s time the city came to the realization that they not only needed to raise the rates for their water and sewer accounts, but pass a sales tax measure as well. Before Measure P, the full 1% sales tax measure passed last November, the city struggled to make ends meet in most departments. But perhaps none struggled more than the police department.

The police fleet had cars with well over 150,000 miles on them, and some of their radios were to the point that manufacturers no long made replacement parts. Ennis said that Tavarez played a large role in preparing the financial analysis that the city council and the citizens advisory committee used to come to a consensus on whether to put it on the ballot.

“His contribution to measure p was very much that information being solid, and being able to show us where money was needed, how much which also helped to help figure out what distribution makes sense,” Ennis said.

As Tavarez departs for Hanford, Exeter is in a prime position to fund future capital improvement projects, add money to the city’s reserves and hire more staff when needed. At last week’s city council meeting Tavarez told the council that it was an honor to serve the city. He added that he is confident that the administration is in “good hands” and is ready to take on the future.