WOODLAKE– Woodlake Unified School District had little time to scramble for solutions when superintendent Alfonso Gamino up and left the district last Monday. Now in the chair is acting superintendent, only eight days removed from her assistant superintendent position, Laura Gonzalez. And even she was blindsided by the news.

“To be perfectly honest [Gamino] said to me Monday afternoon that he had resigned and that I should expect a call the next day,” Gonzalez said. “I was very surprised…to my knowledge…he didn’t say anything really.” 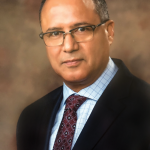 Lo and behold she was asked to become acting superintendent by the board last Tuesday, Sept. 17, and since then she has managed to keep her head above water. Thanks in large part to administrative staff, Gonzalez has managed to hold down the fort of the time being. She said her email has been hit with a wave of principals, vice principals and other administrators reaching out to ask what they can do to help.

For now, Gonzalez is keeping the district’s business, well, business as usual. She is unsure what the next steps are when it comes to finding a new superintendent, or perhaps replacing her assistant superintendent position. Gonzalez said she will go over that with the board at their next meeting in October.

Gonzalez is practically new to the district already. She did not take over as assistant superintendent, when Glen Billington moved on to be superintendent of Yosemite Unified, until Feb. 1 of this year. Before that she supported several school districts as a member of the Tulare County Office of Education. She noted that Woodlake was also a special place for her to serve because of the student focused mentality.

“I’m more than happy to serve in any capacity that I need…we plan to keep moving forward for what is best for our students. They are at the center of everything that we do,” Gonzalez said.

Before Woodlake Gamino was the superintendent of the Santa Paula Unified School District a small school district in the orange groves of Ventura County. Gamino and the district amicably agreed to end his contract last November. Gamino also made history there as the first superintendent of the newly formed district, which unified Santa Paula’s elementary and high school districts in 2012, a year after Woodlake voters approved a similar unification.

This year Gamino was just two months into his second school year with the district. He was formally announced as Woodlake’s superintendent following closed session of the May 9, 2018 meeting of the Woodlake Unified School District board of trustees. The board approved a four-year contract with Gamino beginning on July 1, 2018 and ending on June 30, 2021 with a base salary of $167,000, or a monthly salary of $13,916.67. In addition to standard benefits, Gamino was entitled to reimbursement for in-state conference fees, mileage, airfare, auto rentals and per diem meal expenses.

Gamino said he was a proponent of Common Core which challenges students to evaluate and fully understand a problem before working to find a solution. More importantly, he said all school districts should be concentrating their efforts on making students college and career ready.

Gamino was the first of his siblings to go to college, which inspired both his older and younger siblings to follow in his footsteps. After graduating from Fresno State University in 1991, Gamino got his first teaching job as a substitute teacher in his hometown of Firebaugh, where he went on to teach fifth grade for four years in the Firebaugh-Las Deltas Unified School District.

Gamino has a track record of improving overall test scores at his districts over the course of his 26-year career in education. In 1996, Gamino was hired as the vice principal at Eastside Union School District in Lancaster, Calif. where his school received a visit from Gov. Gray Davis after they saw one of the highest improvements in Academic Performance Index (API) scores in the state. He went on to Bakersfield City School District where he served as director of personnel.

In 2007, Gamino got his first job in Tulare County as assistant superintendent of human resources for the Tulare Joint Union High School District.

“I wanted to be closer to the Valley where I grew up and I liked living in Tulare County,” Gamino said.

Gamino said he became somewhat familiar with Woodlake during his six years in Tulare. He said he knows Woodlake is surrounded by orange groves and reminds him of his hometown of Firebaugh when it was a small town of about 7,000 people. Gamino remembers working with his predecessor Drew Sorenson, who was an area superintendent for Visalia Unified School District at that time. He said he was looking forward to succeeding Sorensen who left the district in excellent shape.

“He had 40 plus years of experience that he shared with Woodlake,” Gamino said shortly after he was hired. “I am looking forward to working in the district and continue to improve upon their successes.”