The latest update on Measure O from Tulare County Elections Office counted 341 “yes” votes to 239 “no” votes out of 851 registered voters with 100% of precincts reporting, shattering Strathmore’s roughly 10% voter turnout for the 2016 General Election. The text of the bond measure reads as follows: 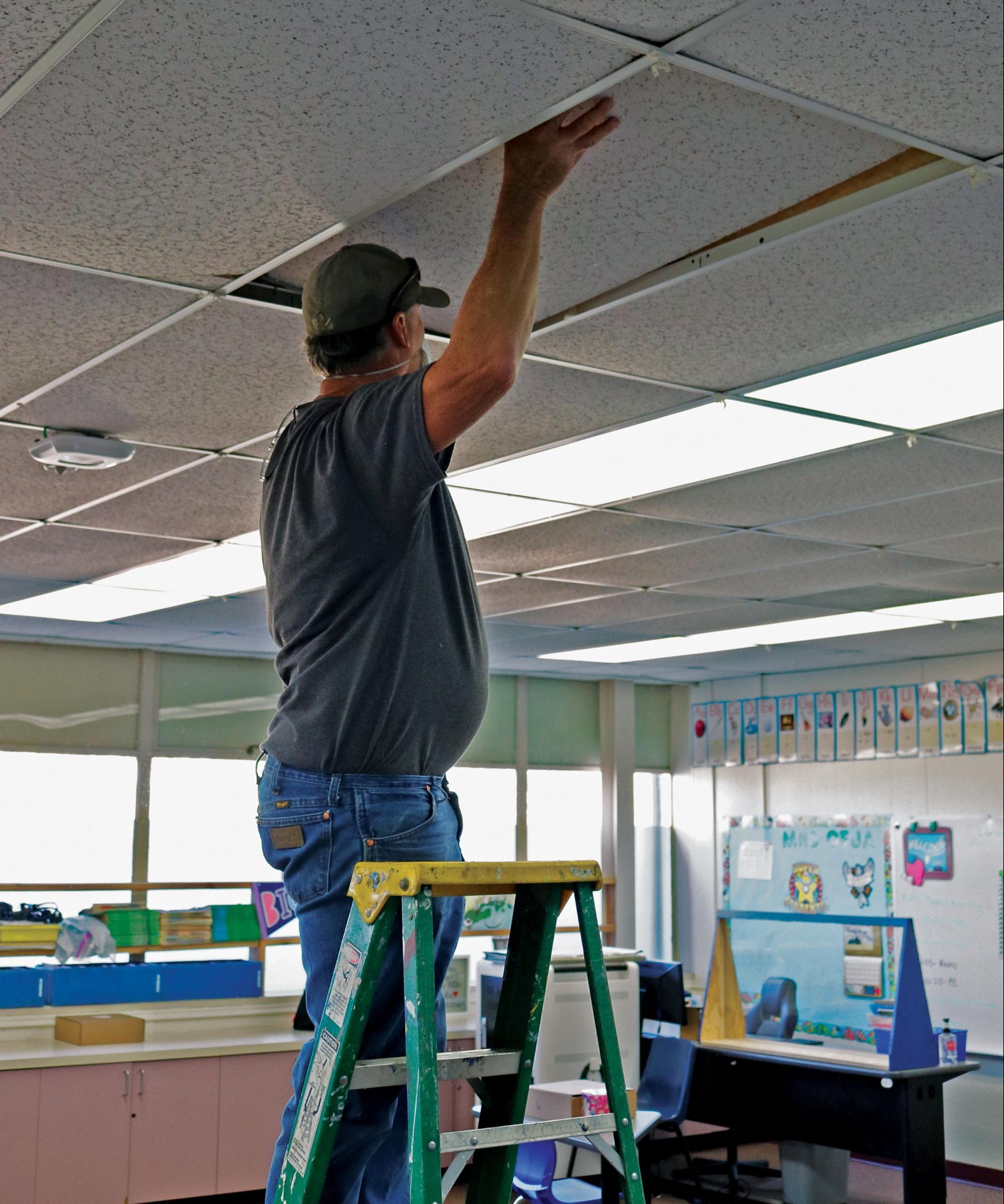 Sunnyside Elementary maintenance worker Brian Roberts takes a look at one of several classroom ceilings that the school is hoping to replace with Measure O bond funding. Photo by Jermaine Johnson II

“To improve the quality of Sunnyside Elementary School; repair/replace leaky roofs; modernize classrooms, restrooms and school facilities; and make health, safety and handicapped accessibility improvements; shall the measure of Sunnyside Union School district be adopted authorizing $2,000,000 of bonds at legal rates, generating approximately $124,000 annually while bonds are outstanding with levies of approximately 3 cents per $100 assessed value, with annual audits, independent citizens’ oversight, no money for salaries and all money for local projects?”

Superintendent-Principal Steve Tsuboi, a product of Sunnyside—having enrolled in kindergarten there in 1974, graduated from a K-8 school in 1983, started teaching at the Strathmore school in 1993 and has been superintendent-principal since 2004—shared his excitement about voters passing the bond measure.

“We’re really excited that the community is behind the school and looking forward to doing some really good things,” Tsuboi said. “When we had a need, they came through. So, overall, just elated.”

In an earlier interview, Tsuboi said the single-school district’s board of trustees voted in July to place the $2 million school bond on the November ballot after several months of gathering input from staff, teachers, parents, community leaders and an architect.

“We have about $10 million worth of projects that need to be done at the site,” Tsuboi said in October. “In general, the school is outdated and needs to be modernized.”

Measure O’s $2 million is a far cry from $10 million, but enough to address some of the schools urgent needs. Tsuboi said Sunnyside will wait for certification of the election and then proceed wisely but quickly.

“We just had a facilities assessment put together and some of the things are aging buildings, some of the aging is taking place around windows and stuff like that. HVAC units, roofing—we’re going to work on putting together a priority list so that the money is spent wisely and efficiently,” Tsuboi said. “Roofing would be a big one, and then hopefully we can get far enough along that we can do some interior work to the classrooms that haven’t been touched for quite a while.”

Sunnyside Elementary School returned to in-person classes for kindergarten through fifth grade on Nov. 12 for those who wanted to come back amidst the surging COVID-19 pandemic.

“We’re going to start off with half-a-day,” Tsuboi said. “Just getting our feet wet again, getting back into the motions of school.”

With the stressors of the pandemic weighing heavily on schools, educators and parents, Measure O passing is a breath of fresh air for Tsuboi.

“I’m just glad that we’re going to be able to proceed forward and bring the school into the 21st century,” Tsuboi said.