Recall of Crabtree comes up short

Visalia Unified parents fall a few hundred short of 2,411 signatures needed to put the recall of Area 4 Trustee John Crabtree on the ballot

VISALIA – The effort to recall the Visalia Unified school board president has failed.

The Tulare County Elections Office confirmed last week there will not be a recall election called against board president John Crabtree as no signatures were filed with the county by the Nov. 18 deadline. Brittany Christenson, a VUSD parent who spearheaded the recall effort, said her group of 10 parents fell a few hundred signatures short of the 2,411 needed to put the recall on the ballot, “so we did not turn in what we had collected, as it was not close enough for there to be a point in doing so.” Local elections require 20% of the registered voters in a district between 10,000 and 50,000 based on voter registration on the day the format of the recall petition is approved. Crabtree represents Trustee Area 4 on the school board. Crabtree could not be reached before press time.

Christenson said attempting a recall campaign in the middle of a pandemic was never going to be easy and forced her group to abandon common practices such as going door to door and setting up signature booths at popular places within the Trustee Area 4, which encompasses northwestern Visalia including Goshen to the west and north of the city limits to Avenue 368. 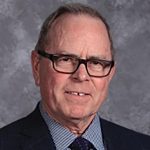 “[T]here was a general hesitance to get out and get involved because of COVID-related fears,” Christenson said. “However, that does not mean that the sentiment is not there. People are fed up with being ignored, and want to be heard.

Christenson’s group began their recall on June 23 for what they described as Crabtree’s “negligent” leadership during the last two years. The “Notice of Intention to Circulate a Recall Petition” laid out four reasons for Crabtree’s recall including: 1. Adopting a budget with over $4M deficit in 2019-20; 2. making the $4M deficit in 2019-20; 2. making the impact of the current state budget crisis far worse for VUSD; 3. announcing VUSD will not build the fifth Visalia high school with the General Obligation bonds approved by Visalia voters; and 4. Closing down schools without sustaining a level of quality education for students and educational support for parents and families.

Crabtree responded to the allegations by calling them a joke as all of those decisions were unanimously made by all seven VUSD trustees and defended each of the votes in a July 8 article with The Sun-Gazette. Christenson responded to Crabtree’s assertions in an email to The Sun-Gazette and outlined the reasons for the recall in a July 22 article.

“We have not ruled out pursuing a recall in the future,” Christenson said. “We will continue demanding accountability from our school board until they demonstrate a willingness to listen.”

Christenson said the recall effort was just the first in talks of “flipping the board” which have been increasingly prevalent on the Facebook group she started called “Parents of Visalia Unified Students,” which has grown to 4,500 members since it began last year.

“I think not only do people not like how things have been handled, but there now exists a significant mistrust of the board and district leadership based on the interaction (or lack thereof) with the community with regards to making decisions and planning regarding issues like school return and distance learning,” Christenson said.

She points to recent election results as proof parents feel unheard by current board members in their handling of this unprecedented year. VUSD will swear-in three new board members this month after incumbents Lucia Vazquez and Niessen Foster were defeated and William Fulmer did not seek re-election.

“Many feel helpless and as though the only way any change is going to happen is by changing the board,” she said. “We are hopeful that the new members will be more receptive to the needs and concerns of the students, parents, and VUSD community.”