VISALIA – There won’t be any drive-thru graduation ceremonies this year for Visalia Unified students.

A year after local seniors were only allowed to get their diplomas by getting out of a car and walking to an empty podium, Visalia Unified School District (VUSD) is planning to have a more tradition commencement ceremony at Mineral King Stadium at Redwood High School and Groppetti Community Stadium at Golden West High School. 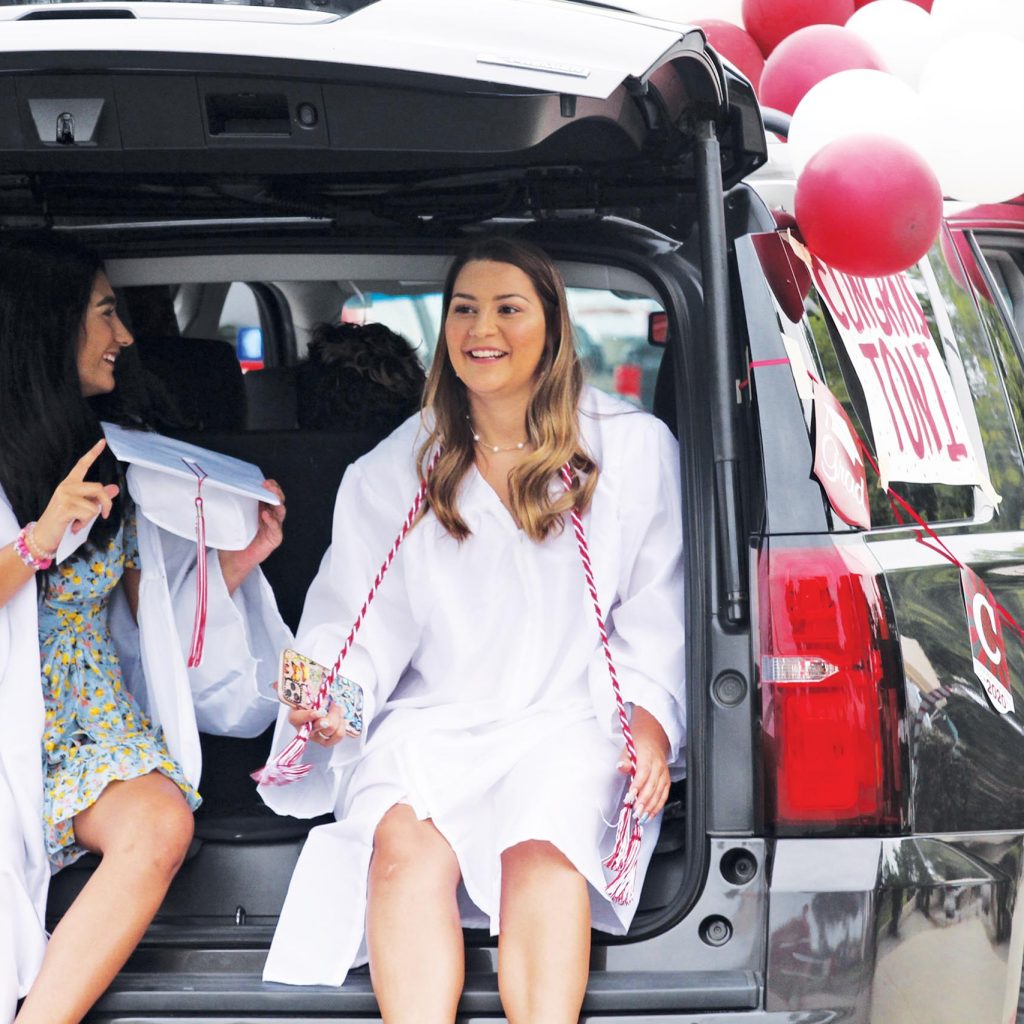 Last year’s drive-thru graduations were a one time thing as VUSD plans for in-person graduation ceremonies for class of 2021.Photo by Jermaine Johnson II

At its April 13 meeting, Assistant Superintendent of Human Resources Dedi Somavia told the board VUSD students will vote on one of two options for an in-person graduation ceremony. Option 1 is a sit-down ceremony, where students and parents will have assigned seating for a three-hour long event while option 2 will give each graduate a 15-minute window to walk through with family. Both options include live streaming the event, the graduate’s name being announced and receiving their diploma, 6 feet of social distancing, required face masks, and a professional photographer.

“It’s a little bit more personal, if you will,” Somavia said.

The primary difference between the two options is the number of guests allowed by each graduate. The sit-down ceremony would only allow for three guests due to guidelines for stadium capacities while the walk-through ceremony would allow for up to 10 guests per student. The walk through option would also include designated areas with backdrops to take pictures with family. Even if Tulare County were to move into the yellow tier, stadiums would only be allowed to operate at one-third of capacity. Somavia also said there not be live music at the graduation ceremonies because it would reduce the number of guests allowed per student.

“If add in band, adds another 100 or so people and want to make as much room for guests as we can,” Somavia said.

Trustee Christopher Pope asked how the district could accommodate extended families for students wanting to bring different households with them to graduation.

“This is the guidance, but we are not checking birth certificates at the door,” Somavia said.

Board members asked if more people could be allowed if the ceremonies were held after June 15, the date the governor has set to lift the tier system due to the high rate of vaccinations and low positivity rates.

“The tiers will go away on June 15 but guidelines don’t go away,” Ravalin said. “We are still waiting on guidance from CDPH.”

While only students will vote on what they want to do for commencement, the school board did take a vote on the graduation ceremonies. Trustee Walta Gamoian motioned for the district to gift photos from the professional photographer at each ceremony for “these seniors, who have pretty much been cheated out of their senior year.” The district offered this last year at a cost of $20,000. The motion passed unanimously.