Student athletes awarded for character on and off the field

TULARE COUNTY – It takes a lot of character to not only get good grades and play sports, but also to do both of those things during the chaotic, condensed and confusing sports season to conclude your high school career.

At least four Tulare County high school seniors may not be able to continue their on the field success at the collegiate level, did get some money to pursue their academic goals as recipients of the Pursuing Victory With Honor Scholarship. The scholarship program, now in its ninth year, awards four Tulare County seniors $500 each for their academic achievements and for their exemplary character on and off the field as part of the Character Counts program. 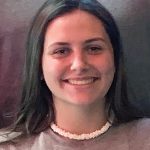 Maya Bivens is a graduate of Mt. Whitney High School where she played volleyball and softball. Bivens’ high school volleyball coach, Tori Johnson, had a large impact on her life and helped Bivens to become the confident, strong leader she is today. The volleyball programs she has played for have also changed her life forever. Bivens spends most of her time on the softball field playing for Mt. Whitney or her travel ball team, Cal A’s. She will continue playing softball at Menlo College. Bivens plans to either work in the financial department of a professional sports team or pursue her lifelong dream of owning her own restaurant. 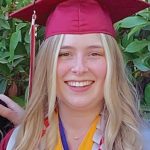 Chloe Ross is a graduate of Granite Hills High School where she played volleyball and swam. Ross will attend Oregon State in the fall and is working toward a future in politics that was inspired by her family. Ross’ great-grandfather was a World War II veteran and a Pearl Harbor survivor. Her great-grandmother worked for Military Intelligence as a spy during World War II. Ross, who loves to bake and read, was also inspired to serve her community by one of her role models, her older sister. In the future, Ross plans to work with political campaigns on policy decisions and the enactment of new legislation. She also hopes to get involved in diplomatic work overseas. 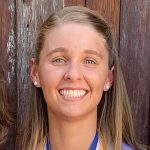 Riley Carpenter is a graduate of Exeter High School where she played water polo and swam. In high school, Carpenter’s 10th and 11th grade English teacher impacted her life personally and academically. Her teacher pushed her to be a better student and person. In turn, Carpenter became a better writer and proud of her work. Her improvements helped her get into her dream school and earn the PVWH scholarship. Carpenter is attending Colorado State and plans on becoming a veterinarian. She loves animals, and when she is not enjoying the outdoors with friends and family, she is spending time with her dog. Carpenter’s love for animals is also guiding her toward the Army, where she wants to work with military animals and service animals of current and past service members. Once out of the Army, she hopes to start her own practice. 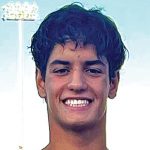 Joseph Machado is a graduate of Tulare Western High School where he played water polo and swam. Machado, who loves to watch action and adventure movies, grew up with his grandfather Eddie Sanchez as his role model. Sanchez didn’t grow up with much and dropped out of high school but went on to run his own dairy farm. Sanchez also served in the Korean War, defeated pancreatic cancer, and lived five years after his diagnosis despite being only given six months to live. Machado’s grandfather taught him to always do his best and treat others respectfully regardless of the hand he was dealt. In high school, Machado’s physics teacher, Anthony Porchia, taught him that despite the difficulty and rigor, with enough effort and willingness to learn, any obstacle can be overcome. Next year, Machado will attend Stanford University. After graduation, he plans to attend medical school and become an ophthalmologist. Machado hopes to return to the Central Valley and open a practice.