TULARE – William Adkins has been appointed by the Tulare Elementary School District board to replace Connie Diaz as the area 5 trustee. 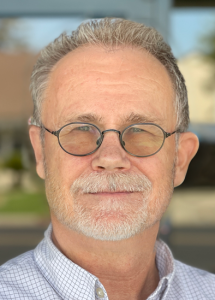 Diaz served only a short stint with the board after being elected in December 2020 for a four-year term. Diaz cited “personal reasons that are beyond my control that do not allow me to fulfill my responsibilities as a board member” as reason for leaving in her letter of resignation.

Adkins, 69, is a product of the Tulare school system, born in Hanford before his family moved to Tulare when he was 5 years old. He graduated from UC Berkeley as a doctor of optometry and returned to practice in Tulare for 43 years. Now retired, Adkins said he’s looking for ways to serve the community.

“I served just about all my adult life in various opportunities that I’ve had in my church and doing different community things,” Adkins said, “but never really in the type of service of a board, it was more doing physical work or things like ringing the bell for the Salvation Army or something like that.”

With four fully grown kids—all went through the Tulare school system—and six grandkids, Adkins has seen three generations of education. He said he hopes to help give kids the skills they need to achieve their goals and instill in them character and compassion through acts of service.

“They’ll realize it’s possible, that they have those tools from having the education when they’re young,” Adkins said. “As they go into high school, if they want to go to trade school afterwards, or want to go to a college and get a degree or start a profession or a career—they’ll have those tools that they’ve learned when they’re young to help them achieve those goals.”

Adkins is taking his seat on the board as the county hears hotly contested commentary over the rules regarding masking for students and staff in the fall. Currently, all California public school students, staff, administrators and visitors are required to wear masks at school, except when outside. Adkins said he’s still too new on the board to provide an informed response on the matter, should the decision-making fall to the local level.

“I can state that in Utah, where our grandkids were in school all year long last year, they wore masks. It was inconvenient for them, but they seemed to survive it,” Adkins said. “But I do see the side where the parents should have the right to say if their kids are going to have to wear the masks to school or not.”

Hot takes about masks in schools have been circulating Tulare County this summer, but at the end of the day, Adkins said he’d like to see more people get involved in government.

“I was the only one that put my name in for that [board seat], and now there’s a lot of people out there wanting people to make decisions about their kids,” Adkins said. “That would have been interesting if they would have put their names into the pot, so they could help make those decisions. It’s easy to go in and complain or question things, but it’s harder to go in and actively work for what you want and become a part of it.”