TULARE COUNTY – Emily Rodriguez, Ed.D. began her career with Tulare County’s largest district and is now heading up one of its smallest. She has been named the new deputy superintendent of Three Rivers Union School but will officially take over as superintendent on Jan. 1 after longtime superintendent Sue Sherwood retires. 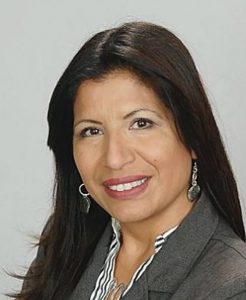 Rodriguez began her career 21 years ago as a high school counselor for Visalia Unified. Seventeen years later she left VUSD as an assistant principal at Valley Oak Middle School to take a principalship at a 3-6 grade school in Farmersville. She led Freedom Elementary for four years before taking the leap to superintendent in Three Rivers this year.

In essence, the number of students she oversees has gone from 900 to 600 to now just 125 and she has been inching closer to home in Lemon Cove with each step up the ladder.

“For the most part the issues here are the same,” Rodriguez said. “I have the experience to balance parent and student needs and, with COVID, everyone is working to address learning loss.”

One of her goals in Three Rivers is to help implement disciplinary and social-emotional programs already in place at other districts she has worked, such as Positive behavioral interventions and supports (PBIS) and Multi-Tiered System of Support (MTSS). Her other priority is to find a way to increase enrollment at the rural, K-8 school.

“I’m excited to get started,” Rodriguez said. “I have had great support from the board and they are willing to look at my ideas. I’m blessed to have that kind of support.”

Declining enrollment has been an issue outgoing Superintendent Sue Sherwood has dealt with for most the 31 years she has worked in Three Rivers. Sherwood said enrollment has been cut in half in the last 25 years from 250 when her own children attended the school to now just 125 students. She said many homes in the foothill community have been converted to vacation rentals and Air BnBs. The situation even spurred conversation in the community about unifying with Woodlake Unified School District, as Three Rivers students attend high school there, but Sherwood said the community ultimately decided to maintain control of their own school.

“I’ve been able to maintain Three Rivers as an individual school, so I feel good about that,” Sherwood said entering her 26th year as superintendent. “I did what needed to be done to keep the school going.”

Sherwood’s modest portrayal of the dedication and work she poured into the district is an understatement. For the last nine years as superintendent, she has also served as a principal and eighth grade teacher. Throughout her time teaching in the district, she took students on field trips to Sequoia National Park, found local people to serve as teachers as many are unwilling to make the drive “up the hill” each day and still found time to balance an impossible budget due to a dwindling average daily attendance, the way in which the state pays schools in per pupil spending.

Sherwood spent the last decade trying to pass a property tax measure to modernize the aging school. Two tax measures fell short of the two-thirds vote needed to pass a property tax measure. So in 2018, Sherwood and the board proposed a school bond, which only needed 55% of the vote to pass. That proved key as 64% of voters passed Measure E, which would have failed as a traditional property tax measure. Measure E was the first property tax the school district has passed since 1985, when 69% of voters approved Measure C, the special tax to build the school’s gymnasium, one of the aging buildings repaired by the new school bond. Other Measure E projects included new flooring, dual pane windows, new ceilings and better insulation of the middle school wing, making the campus handicap accessible, adding more energy efficient HVAC and drilling a new water well with new sewer and water pipes.

“I’m grateful to the community for supporting this bond measure,” Sherwood said.

Sherwood, now 70 years old, said teaching and leading the school where she lives and where her children went to school has been a dream job. She said she routinely sees students of people she taught early in her career who remember the difference she made in their lives. She also said she is ready to retire, even before the last two school years with COVID-19, but isn’t ruling out the possibility of substitute teaching if the district is in a pinch.

“I have no regrets and feel good about where the school is,” Sherwood said. “I’m just glad I’m not going to be in charge anymore.”

Rodriguez is one of four new superintendents in Tulare County for the 2021-22 school year after the previous administrators retired. Others include Lily Shimer in Strathmore, Lucy Van Scyoc in Tulare and Brandon Chiapa in East Porterville. 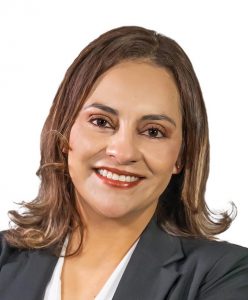 Taking over as superintendent at Strathmore Union School District is a homecoming for Lily Shimer in more ways than one. Shimer’s first teaching job out of college was as a kindergarten teacher at Strathmore Elementary in 2000 but her connection with the students in Strathmore, a primarily low-income farmworking community, goes back to her very beginnings.

Shimer was born in her grandmother’s house in Mexico. Her parents immigrated to the United States to work the fields in the hopes of greater economic opportunity. Shimer said following the harvests with her parents made school more difficult. She missed the beginning and ending of each year to help her parents in the fields. Growing up in Lindsay, Shimer said she didn’t give much thought to working anywhere other than the fields next to her parents, but a fifth-grade teacher at Lincoln Elementary School saw something else in Shimer.

“She not only saw the potential in me but helped me see it, too,” Shimer said. “By the end of the semester I told myself I was going to be a teacher.”

Shimer attended Porterville College and then transferred to Fresno State where she earned her bachelor’s degree in education in just four years and was in the classroom at age 22. After four years in Strathmore, she took a position in Burton School District where she spent the last seven years as principal of Summit Charter Academy Matthew, one of the district’s K-5 schools.

Shimer had originally considered applying for Strathmore’s superintendent position last year, but decided she wasn’t quite ready. Shortly after, the job posting was removed after longtime superintendent Shelly Long, Ed.D. agreed to stay on for another year. When the job came up again this, Shimer said she couldn’t pass up on an opportunity to work with kids who shared similar backgrounds.

“It was a difficult decision to leave Burton but once it opened up again, I knew the time was right,” she said.

Shimer replaces Long who retired after serving 11 years as superintendent, overseeing Strathmore Elementary and Middle School. Shimer said she will focus on two things in her first year as superintendent, getting to know the community and building relationships with staff, students and parents, and making sure her students have a growth mindset.

“We have a program called ‘Leader in Me’ and I really want to focus on that and teach them to be leaders in their community,” Shimer said. “I want them to know they have the power to improve their community and help make it better.” 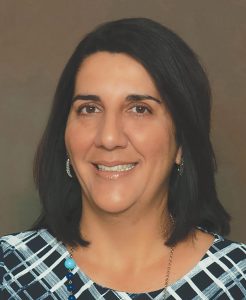 “I am honored and blessed to have been a part of this district for so long,” Scyoc said. “Relationships are key and a lot of people I have worked with were my teachers.”

Scyoc opened her first year as superintendent just as COVID-19 cases began to climb and hospital ICUs began filling up, including new cases and hospitalizations among children. Despite that, Tulare Joint Union High School District has returned nearly all of its students to classroom, saw an increase in enrollment of 100 students, is prepared to have its first fall sports season in two years, band, choir and extra curricular activities are back in full swing and few students have complained about wearing masks less than a week into the 2021-22 school year.

“Last Thursday I visited all the sites and there was lots of positive feedback,” Scyoc said. “Working in the district for so long, we were able to hit the ground running.”

Dealing with adversity is nothing new for Scyoc whose parents immigrated to the Valley from the island of Terceira in the Azores islands off the coast of Portugal. Scyoc was just 8 years old, didn’t speak English and lived in a strict household where she wasn’t often allowed to attend afterschool activities and extra-curricular events.

“We had a lot of love in our house, but not much else,” Scyoc said about her modest beginnings in the Valley.

Her father took a job in Hanford where Scyoc began her education at Lakeside Union Elementary School. One of Scyoc’s teachers at the K-8 school took the time to make flash cards she could take home to help her learn English. It was the woman’s interest in Scyoc that first led her to consider maybe becoming a teacher. Several years later, Scyoc found herself playing the role of working mom. Her father, the only adult who spoke conversational English, was diagnosed with cancer during her sophomore year. He died two days after Christmas, leaving the family desperate for income and Scyoc, the oldest of three children, with the task of helping educate her siblings as well as pay the bills. While working, tutoring and helping around the house, Scyoc still managed to graduate from Tulare Union High School first in her class. After two years at College of the Sequoias, she pursued a career as a pediatrician at Fresno Pacific University before changing her mind to get her teaching credential.

“I do believe in the power of education,” she said. “I am here because of education. It had a strong impact on my life.”

Brandon Chiapa became a teacher to make a difference in the lives of students and he didn’t have to go far to find students who needed teachers like that. Growing up in Porterville, Chiapa saw the difficulty of those living in East Porterville, an impoverished community of 7,400 people abutting Porterville city limits. After eight years at Tulare Western, Chiapa jumped at an opportunity to serve as a learning director at Alta Vista Elementary School in East Porterville.

“I have also been interested in connecting with youth and have the opportunity to help them follow their dreams,” Chiapa said. “The east side [of Porterville] has historically had a lot of need and I was attracted to the idea of doing that kind of work.”

Chiapa said his vision for the district of about 500 students is to restart their preschool program, which hasn’t existed in the district since it lost is First 5 funding 20 years ago. He is now working with Save the Children, an early childhood development program focused on impoverished areas, and hopes to enroll the first families in the new program next spring. He is also implementing Multi-Tiered System of Support (MTSS), a behavior intervention program focusing on educating the entire child, mentally, physically and socially.

“We, as people, are social creatures,” Chiapa said. “I not only want our students engaging in classroom activities but learn how to be well and feel good. I want us to be educators, not prison guards.”

Chiapa is replacing Rob Hudson, Ed.D., who led the district for the last four years.