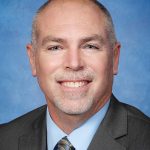 At its Aug. 11 meeting, the Visalia Unified School District (VUSD) board of trustees unanimously approved a $20,000 contract with TCOE to oversee its nationwide search for its next superintendent. County Superintendent Tim Hire presented the item himself and told the board he would be the point person working with the district. While many districts use national headhunting agencies to do profiles for executive positions, Hire pointed out TCOE not only has more familiarity with the district than a traditional company, but is also more invested in VUSD finding the right person for the job.

“I don’t think you’ll find another agency that has the same desire you do and I do to find a new superintendent for 25,000 students here in Visalia,” Hire said.

Instead of hiring a company full of unknown employees making judgment calls on behalf of the district, Hire said TCOE will rely heavily on the board’s input to create a profile of the candidate, use VUSD’s own resources, including staff and community notification system, to gather input from VUSD parents about the hiring, and count on staff to answer questions candidates might have about the district.

“We will be leading in the process and we will need you following along in that lead,” Hire said. “The questions most superintendent’s will want to know is ‘How’s the budget?” and “How’s the board?,” Hire added.

Hire said the five-step process will begin with developing a profile of the kind of candidate the board is looking for. Next month, TCOE will create surveys asking parents and community members specific questions about what they are looking for a in the next superintendent. For those parents and community members who are either unable to navigate the online survey or unable to access it due to a lack of internet connectivity, will still have an opportunity to answer the questions as well as ask other questions about the process during five listening sessions throughout the district next month. Hire said the listening sessions will be held at all five middle schools as well as Goshen and Ivanhoe elementary schools.

“We are looking for constructive ideas of where we want to go as a district,” Hire said. “What do we want to accomplish for kids in the next 5-10 years? Keep that momentum going and share all great work being done.”

Hire said the profile will likely be presented to the school board at its Oct. 12 meeting. Once the profile is complete, TCOE will begin advertising the job description anywhere professionals may be looking for jobs, such as EdCal magazine, EdJOIN school job postings and websites for professional organizations such as Association of California School Administrators (ACSA).

“TCOE will review all applications, work with the trustees to determine those to interview and facilitate the interviews,” Hire said.

Hire said applications will be due at midnight on Jan. 10, followed by candidate interviews in February. He expects to the board will be able to introduce a new superintendent at first board meeting in March 2022.

Visalia Unified will pay TCOE $20,000 in two payments of $10,000, the first payment coming in this month and the second after the district signs a contract with a new superintendent.

In the meantime, Doug Cardoza will serve as interim superintendent. Cardoza will officially take over the head spot for the district on Sept. 1, when current Superintendent Tamara Ravalin officially retires. Ravalin announced on May 21 her plans to retire on Aug. 31, citing personal and health reasons. Ravalin was thrust into the spotlight two years ago when she was named acting superintendent by the board a week after her predecessor, Dr. Todd Oto, was unceremoniously dismissed by the board.

Ravalin stepped in and provided a stabilizing influence as several key members of the district office left in the wake of Oto’s departure. Shortly after being named superintendent with a two-and-a-half year contract, Ravalin had the unenviable task of guiding the district through the pandemic. Less than a year into running Tulare County’s largest school district, Ravalin was forced to send students and teachers home and figure out an equitable way to instruct students, many of whom did not have access to desktop or laptop computers or the internet at home. Since that time, Ravalin and the school board have been the targets of parents frustrated by public health orders issued by the state and interpreted by the county.

Cardoza is expected to serve as interim superintendent for about 10 months until the district hires a permanent superintendent. Once the new superintendent officially takes over, Cardoza will transition back into his role as assistant superintendent. The board approved a three-year contract in June for Cardoza to continue to serve in that role through the 2023-24 school year.