Editor’s note: Woodlake Unified School District announced they postponed their special meeting to settle a vote on a second K-5 school until next Tuesday, Feb. 15. This article has been adjusted to reflect this change. Posted 1:56 p.m.

WOODLAKE – The decision to restructure Woodlake Unified elementary schools into two transitional kindergarten through fifth grade campuses was put on hold after a turbulent school board meeting Wednesday, Feb. 9. They are revisiting the item as early as Tuesday, Feb. 15 at 6 p.m.

After votes were cast at the Feb. 9 meeting, resulting in a 4-3 decision to not move forward with the shift, board member Richard Rochin requested to change his vote in favor of restructuring the schools. It was then decided that the board must seek legal counsel as to whether a new vote can be cast before an outcome is determined.

The plans to realign the two schools have been a point of contention among Woodlake’s parents, teachers, and community members.

“We believe the money it would cost to create an age-appropriate campus could be better spent on the repairs needed at F.J. White,” said Terri Gutierrez, an F.J. White kindergarten teacher. “Every winter our roofs leak, every summer we have to put in maintenance requests due to unviability with the AC units. The student and staff restrooms have plumbing issues. We have two classrooms with no sinks. Our classrooms have false walls which are so hard we have to use the staple gun to hang materials. Cabinets are original and are in need of painting. We are also concerned about the students’ drinking fountains–due to a lack of water pressure, students are forced to place their mouths close to the water spout, which is unsanitary.”

Some Woodlake Unified teachers expressed concerns that the split would promote an inequality between teachers of different grade levels and expose younger students to age-inappropriate behavior from their older peers. Others felt students’ educations had already been interrupted by the pandemic and that the split would act as another hindrance to their learning. Several community members also felt the Spanish version of a survey sent out to parents regarding the plans was inadequately translated.

“The lack of respect to the Spanish-speaking parents of Woodlake via the last translation–it was appalling. We have to do better,” said Woodlake alumnus Fernando Rubio.

Plans for the shift were first introduced to the school board by Superintendent Laura Gonzalez on Jan. 19. A survey was then sent out to parents and teachers, resulting in relatively even results with 109 votes in favor of the shift and 107 opposed. 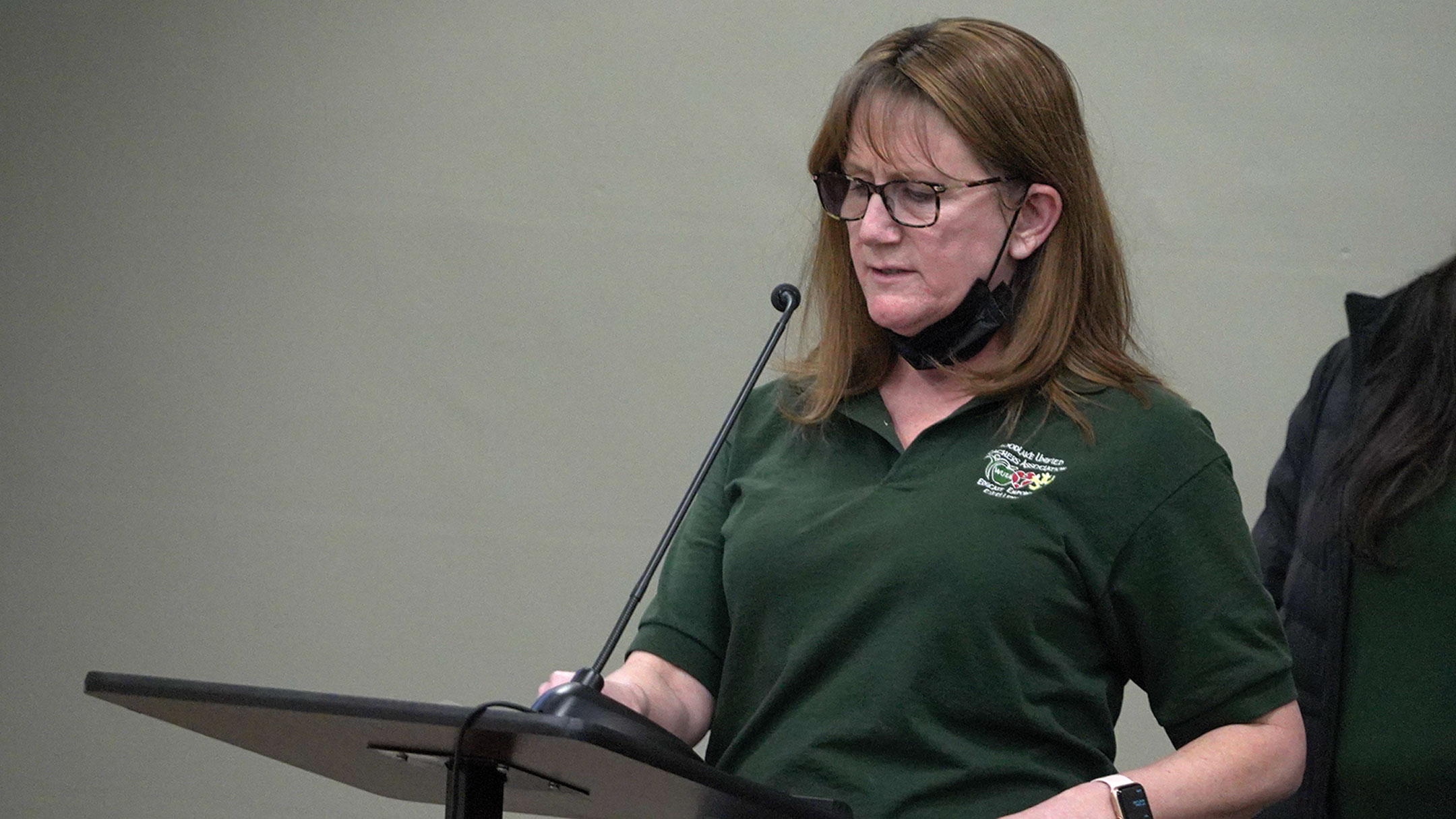 “The community is split, there’s no way around it,” Gonzalez said.

Gonzalez said the proposed plans for the changes are informed by her research and experience working as an instructional consultant for the Tulare County Office of Education and the State Department of Education.

“I worked with districts who went from a system like this one and changed to K-5 and K-6 elementaries all across Tulare County, Kings County, and Fresno County,” Gonzalez said. “Everything seemed to become more focused.”

Woodlake Unified first considered the shift to K-5 schools in 2017 but tabled the decision until after Gonzalez’s predecessor Alfonso Gamino had been selected as its new superintendent. Gamino then left the district unexpectedly in 2019, and Gonzalez took over as superintendent in March 2020. Her reintroduction of the restructuring plans come from what she says are “decisions that are focused and based on student achievement, providing the best educational programs and course experience for our students.”