Author Daniel Selmi visits Tulare County, tells the controversial story of Disney wishing upon a star to bring a ski resort to Sequoia’s in his book “Dawn at Mineral King Valley”

VISALIA – After Disney almost opened a ski resort in Mineral King in the ’70s, environmental lawyer Daniel Selmi wrote a book telling the whole story of what prevented the fairytale from becoming a reality.

On Dec. 10, at 1 p.m., the Tulare County Library and the Mineral King Preservation Society are hosting a meet and greet with Daniel Selmi, author of the book “Dawn at Mineral King Valley: the Sierra Club, the Disney Company, and the Rise of Environmental Law.” The book elaborates on the legal battle over Mineral King between the Walt Disney Company, who wanted to turn the area into a ski resort, and the Sierra Club, who wanted to preserve the area. This is a controversy that happened right in Tulare County’s backyard and Selmi explains it from start to finish. 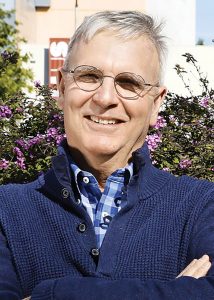 “The core of the book is about a Supreme Court case that involves Mineral King and the Forest Service’s approval of the Disney ski area,” Selmi said. “The main issue in the Supreme Court was an issue called standing, which is basically who can sue for environmental violations. And the case turned out to be monumentally important.”

Selmi’s book teaches individuals who may not have known about the huge dispute that went on. Mineral King is about 25 miles from Three Rivers, or a 90-minute drive, according to Sierra Nevada Geotourism. In the 70’s, the United States Forest Service wanted to turn Mineral King into the perfect ski resort. They advertised and Selmi said they received six responses from interested parties, and that is where the drama began.

Selmi had an original interest in the topic since he was in law school, but became only well versed in the supreme court case involved with the controversy. After a legal battle, the Sierra Club, an environmentalist group, was granted permission to file a suit against Disney for the preservation of the land. He said this case coincided with the start of a whole environmental movement. Selmi’s book explains what happened when The Sierra Club decided to stand up to Disney for the preservation of the large mountainous area.

“It was very contentious at the time, but you put 50 years there, and I think people have a lot more perspective on it,” Selmis siad. “Thinking back on it, it was an interesting time for everyone.”

As the Sierra Club began their fight, it was much more difficult to defend the area in Mineral King because environmental topics were not well known at the time. Soon the case became much more controversial according to Selmi, and it then gained national publicity. Selmi lays out the information in a more chronological way of events that led up to the litigation as well as what happened after.

Selmi said he worked on the book for about six years while he was still teaching at Loyola Marymount, the Loyola Law School in Los Angeles.

“I was working on it mostly during the summer,” Selmi said. “So it wasn’t six years straight by any stretch of the imagination. It was just, mostly over summers, and then other times when I could fit it in.”

He worked with different libraries and archivists throughout the country. Selmi said working with Tulare County library and the Mineral King Preservation Society was incredibly helpful in his search for information. He said he spent six days in the archives in Washington D.C. as well as that amount of time in Berkeley and Fresno State’s Library. He also said the Sequoia National Forest archives were very helpful.

Since his interest peaked in law school, Selmi has taught the Supreme Court case in his class for many years. He said he spent as much time on the book as he needed to get all the research that was necessary to be full of the necessary information for individuals to have a full grasp of the story. He came to visit the Central Valley a handful of times during the making of his book. He also said he used to hike in the area which spiked his interest in the topic as well.