SACRAMENTO – The need to be careful when engaging in sex with a partner is the highest it has ever been according to the latest numbers released by the California Department of Public Health (CDPH). According to the CDPH the number of Californians diagnosed with a sexually transmitted disease (STD) in 2017 hit a record high.

More than 300,000 cases of chlamydia, gonorrhea, and early syphilis were reported: a 45 percent increase compared to five years ago. In chlamydia cases in California alone, the rate was 552.1 cases per 100,000 Californians amounting to a 9% increase over 2016’s numbers. As well, 218,710 chlamydia cases reported in 2017 was the highest number since reporting began in 1990 and 54% of cases were among people under the age of 25.

Particularly concerning, in 2017, there were 30 stillbirths due to congenital syphilis in California. This is the highest number reported since 1995.

The CDPH notes STDs can cause a number of serious health problems. If left untreated, chlamydia and gonorrhea can cause pelvic inflammatory disease and lead to infertility, ectopic pregnancy, and chronic pelvic pain. Syphilis can cause permanent loss of vision, hearing and other neurologic problems.

“STDs are preventable by consistently using condoms, and many STDs can be cured with antibiotics,” said CDPH Director and State Public Health Officer Dr. Karen Smith. “Regular testing and treatment are very important for people who are sexually active, even for people who have no symptoms. Most people infected with an STD do not know it.”

CDPH is collaborating with local health departments and organizations throughout the state to raise awareness. CDPH is working with the California Department of Education and community groups to implement the newly enacted California Healthy Youth Act, which mandates comprehensive STD/HIV prevention education in schools. 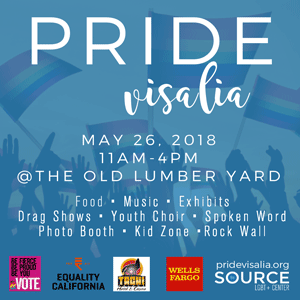