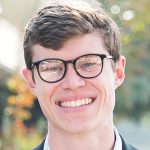 Drew Phelps (D-Tulare) says Tulare County deserves better representation in Sacramento than incumbent Assemblyman Devon Mathis (R-Visalia) and he spent most of his first debate attacking his opponent for what he sees as failures at both the local and national level.

The two squared off in the first candidate forum for Assembly District 26 during an online event hosted by The Sun-Gazette, Visalia Chamber of Commerce, Tulare County Association of Realtors and the Women’s Council of Realtors on Sept. 15.

While viewership on the Facebook Live stream faded after the hotly contested race for the District 1 seat on the Tulare County Board of Supervisors, the second half of the forum certainly had more punch as Phelps called out Mathis for mishandling the situation at Tulare hospital in his opening statements.

In 2015, Phelps was part of the Citizens for Hospital Accountability, a grass roots group that helped rally opposition against the hospital’s former management company Healthcare Conglomerates Associates (HCCA), whose executives were charged with more than 40 felonies last month, as well as block the passage of a new bond measure for the hospital’s infamous and unfinished medical tower.

“While saving the hospital from a corrupt management company, my opponent looked the other way and took multiple contributions from them,” Phelps said. 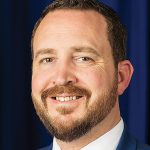 Mathis did receive more than $12,000 in campaign contributions from HCCA, but has since donated most of it to charity. Phelps contends Mathis had an opportunity as early as 2015 to call for a state audit of the hospital’s finances but at that time there were nothing but glowing reports about the hospital’s finances from reputable financial institutions such as Fitch Ratings Agency. The contributions he received also did not stop him from writing a letter on Nov. 7, 2017 in support of auditing the hospital district and its management company, describing HCCA’s leadership as “a long history of questionable activities associated with the management of bond funds.”

Mathis pointed out that fact during the forum, “My opponent likes to draw out Tulare hospital, but fails to mention we did support the audit.”

The hospital board did vote to remove Mathis’ name from a recommendation asking its local state legislators to present their case to the Joint Legislative Audit Committee (JLAC) for an audit of Healthcare Conglomerates Associates, the private company formerly contracted to manage the Tulare Regional Medical Center. The case was brought to the committee by then Sen. Jean Fuller (D-Bakersfield) and ultimately approved her request. The California State Auditor issued its damning report of the former hospital board and its irresponsible contract with HCCA on Oct. 9, 2018.

“Our elected officials could have taken action even beginning in 2015, when nothing was done to help our campaign,” Phelps doubled down. “We had a number of lives lost, money spent and lost.”

Phelps also attacked Mathis for not taking a pay cut after the legislature passed a budget which cut state employees’ pay equal to about two days per month.

“When we tightened our belts there were a number of legislators who made the recommendation at the state,” Phelps said. “My opponent did not make that same request. I would be happy to be one of the first to take that cut.”

Mathis countered by saying the entire Republican caucus asked for their salaries to be cut but only five of 120 state legislators, one senator and four members of the Assembly, have requested pay cuts for themselves and they were all Democrats. Those requests were filed with the California Citizens Compensation Commission, a seven-member board appointed by the Governor “to set the salaries and medical, dental, insurance and other similar benefits of Members of the Legislature and the State’s other elected officials.” The board was established when voters passed Proposition 112 in 1990.

Even if Mathis had sent in the request, the budget would have included his full salary after the commission voted not to change elected officials’ salaries on May 28.

Mathis’ chief of staff Justin Turner has stated Republicans were prepared to send a letter to the committee in the spring when the legislature was discussing furloughs instead of salary reductions but decided not to send the letter after budget talks shifted to a personal leave formula instead of a traditional furlough. State employees ended up taking a 9.23% pay cut in the 2020-21 budget, which Mathis actually voted against.

“I do a lot of work to help businesses,” Mathis said. “I make sure our workers get their full pay.”

The only other question they clearly disagreed on was Proposition 22, a state initiative to reverse the effects of the anti-independent contractor law signed by the Governor in September 2019. Assembly Bill 5 codified a California Supreme Court ruling requiring that companies make independent contractors benefitted employees if they did not meet three key exemptions. Prop. 22 would reverse AB 5 but only for those working for rideshare apps such as Uber and Lyft, or about 500,000 drivers.

Mathis said he would vote for Prop. 22 because it would take a stand against big labor unions who took away supplemental income opportunities for thousands of Californians and to keep jobs in the state.

“Our gig share guys, if this doesn’t go through, they are leaving the state,” Mathis said. “That’s millions upon millions of dollars leaving the state that fund mental health, everything to ensure our state is taken care of.”

Phelps said he would support AB 5 exemptions for industries where people should be independent contractors but would vote against Prop. 22 because he said rideshare drivers should be employees.

“When it comes to rideshare folks, I think those folks should receive the benefits and pay they deserve rather than be paid below minimum wage,” Phelps said. “They will still be able to work part-time and not be required to work fulltime for benefits.”

In the midst of agreeing on the importance of local control during a pandemic, at least for certain aspects of a public health emergency, Phelps again went on the offensive saying Mathis had voted against “pandemic preparedness funding” prior to the pandemic. He was referring to Mathis’ speech in opposition of a Senate Bill 276, which would have created more state oversight on how doctors grant medical exemptions to vaccinations for school age children. The bill was signed by the Governor last September.

“In the future, I would make sure we are as prepared as possible,” Phelps said.

Mathis said the law was unnecessary because it was addressing an issue that didn’t exist. Both candidates also agreed the answer to smaller, less frequent wildfires is better forest management. Mathis blamed Governor Newsom for cutting the fire budget and state firefighters pay.

“Our Gov. has cut their budget and their pay and I opposed that and I have the firefighter’s union and association’s endorsement,” Mathis said.

CalFire employees did agree to a 7.5% reduction in salary and the budget did cut $43 million from the State Responsibility Area Fire Prevention Fund and cut CalFire salaries by 7.5%. However, the state budget also added $85.6 million to CAL FIRE for firefighting resources and surge capacity and $50 million for community power resiliency.

Phelps said cleaning out undergrowth and taking out trees was key to preventing the devastating fires but said hotter, drier summers and warmer winters provided a perfect storm for the bark beetles to infest trees and turn them into dry kindling.

“I think we would be ignorant if we said climate change was not a factor,” Phelps said.

Both candidates agreed the state needed to do something about the growing number of homeless and the need for more affordable housing. Mathis said he and fellow Republicans have been fighting to reduce the cost of living to make it easier to live in California and pointed to his work at the state level to help homeless veterans. Phelps suggested reforming the California Environmental Quality Act as it relates to affordable housing and touted his experience as a senior policy analyst for a local homebuilder.

“He’s only passed two of 37 bills he authored,” Phelps said. “When he brags about the bills he’s passed, it kind of sounds to me like he wants a participation trophy.”

Mathis pointed to 48 pages on his website related to legislative accomplishments and the fact that if he is elected to a fifth term, he would be the longest serving Assembly member Tulare County has had in decades. He ended by holding up his phone number on a large piece of paper inviting anyone to call him and discuss his voting record, political issues or issues they have at the local level.

“I will return your call even if it is to chew me out,” Mathis said. “I’m the only candidate who knows what it’s like to get their hands dirty, raise a family, serve our country, and to serve you.”