“Envrionmental justice” has several interpretations but all suggest protections from unfair pollution burdens.

For example, according to the Office of the newly-appointed Attorney General Rob Bonta, “’Environmental justice’ is defined in California law as the fair treatment of people of all races, cultures, and incomes with respect to the development, adoption, implementation, and enforcement of environmental laws, regulations, and policies.”

Similarly, according to a pamphlet distributed by Tulare County, environmental justice “means that no matter where you live or who you are, your neighborhood won’t experience greater community burdens than any other in the region.”

By planning for environmental justice, this new document seeks to reduce pollution burdens and barriers to accessing decision making processes for the nearly 40 unincorporated communities in Tulare County.

Although the process is well underway, advocates say it was initially very rushed when planning efforts began in early 2020. The primary concern for the proposed timeline was that it was too fast to allow public input since the COVID-19 pandemic had continued to limit the possibility for in-person activities that were regularly used to solicit input from Tulare County residents.

This led advocates from the nonprofit organization Leadership Counsel for Justice and Accountability to file a complaint to the Office of the Attorney General, California’s top law enforcer. Their group raised concerns that the county’s timeline was too short and did not allow for adequate public engagement. As a result, in June of 2020 the Attorney General issued an 11-page response directly to Tulare County.

The letter read, “One of the basic purposes of SB 1000 is to provide environmental justice communities with a meaningful opportunity to engage in government decisions that affect them. We are concerned that robust community engagement will be difficult for the County to conduct over the next few months when social distancing is still the norm. We urge Tulare County to not rush through its General Plan Update before the County has opportunities to fully engage with the disadvantaged communities in its jurisdiction.”

In response, Tulare County has partnered with several community groups and residents in order to facilitate the remainder of the process and to ensure compliance with state law.

Engaging public during a pandemic

To advance the planning process, the Environmental Justice Advisory Committee formed in early 2020. This Committee consists of 20 representatives from county agencies, community residents, and staff from various nonprofit organizations in Tulare County. This committee meets regularly and has been developing informational content, providing policy recommendations, and surveys to collect information from the community.

At the Advisory Committee’s last general meeting, they announced they are nearing completion of a survey and online mapping platform for residents to report issues of concern in their community. The Tulare County Resource Management Agency, the county’s planning department, will begin distributing these resources to collect data to use for identifying concerns for various topics including: air quality, water, food access, and green spaces.

This planning process will be conducted in three phases that incorporate various methods of community feedback:

2) Outreach: The County will discuss environmental justice and inform residents on how to participate in the process in various ways including surveys, workshops, Advisory Committee Meetings, online engagement, and social media.

3) Review: The County will ask community members to give feedback on the Environmental Justice Element before bringing it to decision makers for a final vote.

Reflecting on the impact of their early advocacy Blanca Escobedo, Leadership Counsel’s Tulare County Advocate, says “I think it helped RMA take our concerns more serious especially since they knew a state agency was paying attention.”

Although some COVID-19 restrictions have been lifted, large community events are still not possible for community engagement at this point in the process.

In order to promote this process and educate the public, Tulare County has launched pages on Facebook and Instagram.

Nick Joshnston, a CivicSpark Fellow, leads much of the coordination of these efforts. He says, “When it is safe to do so, the County hopes to resume in-person outreach efforts. Until then, community members are encouraged to participate and collaborate with us virtually.”

A new website has also been created to allow for increased ease of access for informative content, presentations, and draft planning documents. It can be viewed in English or Spanish.

Tulare County is expected to officially launch its public process within the upcoming months.

As a member of Environmental Justice Advisory Committee, Blanca Escobedo says, “in order for the process to remain meaningful, community involvement is pretty important. As long as there is enough community support and engagement this element can be something that will be shaped to provide benefits to the community.”

According to CalEnviroScreen 4.0, an official state online tool that measures cumulative community pollution and social vulnerability metrics, Ivanhoe and much of the San Joaquin Valley experience some of the worst pollution in California. For example, Ivanhoe’s overall community vulnerability ranks among the top 80th percentile, meaning that only 20 percent of California’s communities experience greater cumulative burdens.

Delving deeper into the data, Ivanhoe also ranks within or above the 85th percentile for pollutant exposure to drinking water (85), ozone from vehicles (92), particulate matter caused by burning fossil fuels or other material (92), and pesticides (90).

The combination of high pollution and socioeconomic vulnerabilities suggests many residents in the community are exposed to many health risks and also have limited capacity to address the issues at play. Many residents have expressed a concern for the ability to pay for high electricity bills, especially during summer where they regularly experience a doubling or tripling of their usual bills. Factors like linguistic isolation can play a factor in residents’ efforts to address the pollutants in their community.

At a high level, the San Joaquin Valley is expected to continue experiencing several increasingly significant environmental stressors. In early May, Governor Gavin Newsome issued an “extreme drought” declaration for over 40 countries, including Tulare County. During the drought of the early 2010s, many Tulare County residents were forced to live without drinking water due to declining groundwater levels. Last Summer, California also experienced over 9,000 wildfires which left the San Joaquin Valley air quality in the world while also coinciding with several record-breaking temperatures.

The creation of the Environmental Justice Element will become integral to the well being of rural Tulare County communities like Ivanhoe. Many countries throughout California have completed their Environmental Justice updates to their general plans and have created strong policies to support the public health of their residents.

Guidance from the Attorney General’s Office states, “Tulare County’s [Environmental Justice] policies should match the pollution burdens and unique needs of the disadvantaged communities in its jurisdiction.” Their guidance also offers an example to address pesticide exposure  through “mandatory buffer zones and pesticide use notification programs”.

Other jurisdictions like Marin County have included local policies to improve water quality like establishing a groundwater monitoring program for unincorporated areas and requiring use of the least toxic pest control methods. Additionally, the city of Placentia includes community specific analyses of community burdens and explicitly commits to prioritizing environmental justice-related programs.

Escobedo says she is optimistic with the potential for this process.

“It’d be rely helpful to have a really strong document to enforce and pressure not only the County but other stakeholders to do the right things when it comes to communities,” Escobedo said. “Incorporating not only issues but solutions can pave the way for the community to enforce their own needs and have a legal toolkit to prevent harmful things in our backyard. It definitely can be something that will help residents as a defense and will improve their lives and assets for the better.”

The Ivanhoe Sol will continue to monitor this process as it officially begins until its completion in 2022.

For residents interested in engaging in this process, please refer to the following resources: 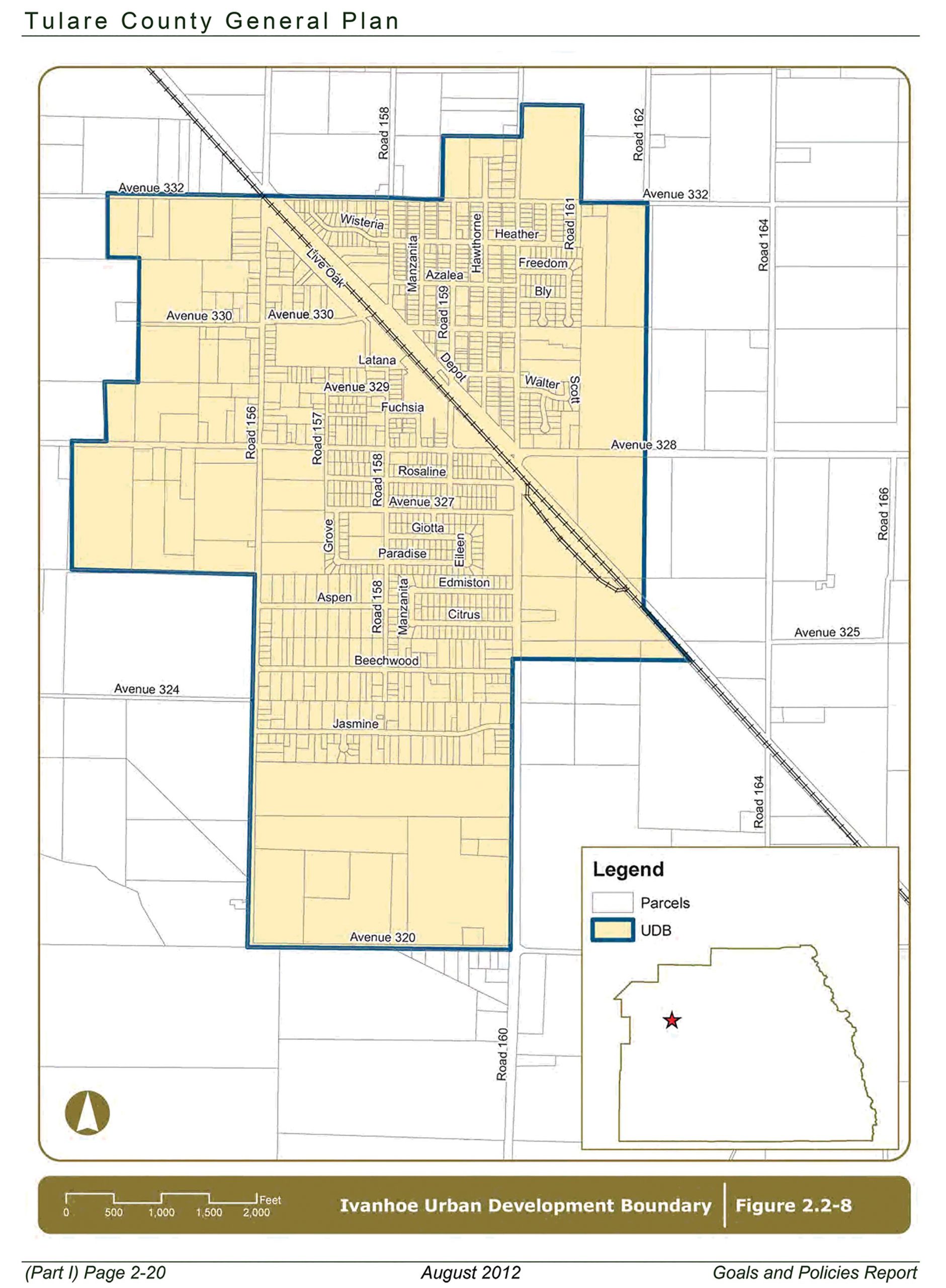