VISALIA – One of the most popular rock bands of the 1980s will bring its ‘Hot Blooded’ rock to Visalia this winter.

Visit Visalia is excited to announce rock band Foreigner is coming to play at the Visalia Convention Center next month. Known for some of rock’s most enduring anthems, such as “Hot Blooded,” “Juke Box Hero,” “Cold as Ice” and “I Want to Know What Love Is,” Foreigner takes the stage at 7:30 p.m. on Jan. 27. 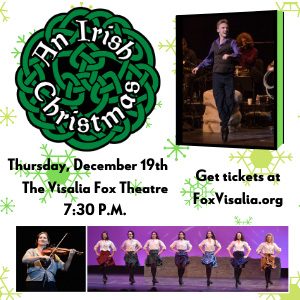 By 2017, the band’s 40th anniversary, Foreigner’s catalog sales were celebrated in Business Insider magazine as hitting the Top 40 among the Best Selling Music Artists of All Time. With 10 multi-platinum albums and sixteen Top 30 hits, Foreigner can legitimately claim it is one of the most popular rock acts in the world as the band continues to sell out its tours and album sales have climbed past 75 million.

Foreigner also features strongly in every category in Billboard’s Greatest of All Time listing. Catalog sales often eclipse those of Led Zeppelin, AC/DC, the Rolling Stones, the Who, Def Leppard, Van Halen, Aerosmith and most of their Classic Rock peers.

Founded in 1976, Foreigner’s debut album produced the hits “Feels Like The First Time,” “Cold As Ice” and “Long, Long Way From Home.” The album Double Vision followed, as did a string of hits like “Urgent,” “Juke Box Hero” and “Waiting For A Girl Like You.”

At Foreigner’s core is the founder and Songwriters Hall of Fame member Mick Jones, whose indelible guitar hooks continue to maintain Foreigner’s status as rock ’n’ roll mainstay. Frontman Kelly Hansen joined the band in 2002 and is considered one of rock’s greatest showmen. Jones also brought in bassist Jeff Pilson, multi-instrumentalist Tom Gimbel, guitarist Bruce Watson, Michael Bluestein on keyboards, and Chris Frazier on drums. The new mix of energy helped the band hit the Billboard charts again with the resurgent release of their live greatest hits album, Extended Versions in 2015. Can’t Slow Down followed in 2009 and entered the Billboard chart in the Top 30, driven by two Top 20 radio singles, “In Pieces” and “When It Comes To Love.” To follow was the release of the band’s three-disc set, Feels Like The First Time, which included an acoustic CD with an intimate and unique re-interpretation of many Foreigner classics, studio re-records by the new lineup and a live performance DVD showcasing the group’s exceptional live energy.

Foreigner experienced another surge in popularity when several of their hits were featured on the Rock of Ages soundtrack in 2012, in hit films “Anchorman 2,” “Magic Mike” and “Pitch Perfect,” and the anticipated release of the “Grand Theft Auto V” video game in 2013. 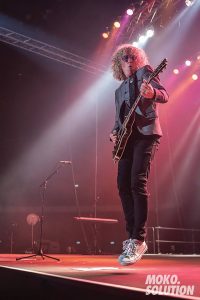 2017 marked the band’s 40th anniversary. It commenced with a European tour that included Foreigner performing orchestral versions of the hits with the 21st Century Symphony Orchestra in Lucerne, Switzerland. The Warner Music Group released a double CD set ‘40’, which includes 40 songs recorded between 1977 and 2017. The album features two tracks recorded especially for this release, ‘Give My Life For Love’ and a new version of ‘I Don’t Want To Live Without You.’ The album spent nine weeks in the Billboard Top 200 chart. The U.S. anniversary headline tour played 40 shows across the United States where the band was supported by Cheap Trick and Jason Bonham’s Led Zeppelin Experience.

Foreigner is one of the most viewed YouTube artists with anywhere between 700,000 and 900,000 weekly viewings of their songs

The last concert Foreigner played in Visalia sold out at the Visalia Fox Theatre in 2017, and this concert is expected to bring in similar crowds at the Visalia Convention Center.

“We’re excited Foreigner is returning to Visalia,” said Nellie Freeborn, executive director of Visit Visalia. “What better way to kick off 2020 than with one of the best-selling artists of all time? We invite guests to join us for a night of nostalgia and magic.”