VISALIA – A violent sexual predator is now in the custody of a state mental hospital. 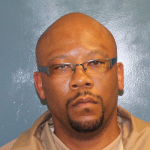 On Feb. 4, Tulare County Superior Court Judge Gary Paden committed 44-year-old Jessie Pritchett of Visalia to the Coalinga State Hospital indefinitely. Pritchett’s commitment follows a rampage of violence spanning 30 years against more than 15 victims. Despite spending most of his life in custody, he has been convicted of crimes including solicitation to commit murder, sodomy of a minor, attempted sodomy, attempted rape of a minor, assault with a deadly weapon, and sexual battery.

In a period of only six months from 2001 to 2002, Pritchett committed crimes against four different victims in unrelated incidents. He was convicted of two counts of sodomy while in jail, those acts being found by the court to have been committed with force against the will of other inmates. All crimes occurred in Tulare County with the exception of the solicitation to commit murder, which occurred in Los Angeles County. Following trial, Pritchett was found to have a mental disorder that makes it likely he will engage in sexually violent behavior without treatment. Pritchett is clinically categorized as a psychopath with a risk of re-offending that is significantly higher than the risk posed by other convicted sex offenders.

“While cases like these are unique, our Sexually Violent Predator unit is well prepared to ensure that these victims and those who might have become a victim will be protected,” said District Attorney Tim Ward. “A victim’s voice will not fade over time, nor will our commitment to support them.”

The Sexually Violent Predator Act of 1995 provides for the confinement and treatment of mentally disordered individuals who have demonstrated their inability to control specific sexually violent behavior through the commission of similar prior crimes. Mr. Pritchett is confined to the Coalinga State Hospital for an indeterminate commitment.