VISALIA – Police arrested two men in connection with a Feb. 3 drive-by shooting and are searching for two more. 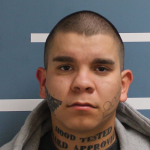 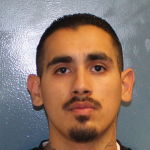 At 12:45 a.m. on Feb. 22, detectives with the Visalia Police Department’s Violent Crimes Unit were notified that one of the suspects, 21-year-old Robert Ramos, Jr., had been arrested by Hanford Police. Ramos was the second suspect arrested in connection with the shooting at the corner of Dinuba Boulevard and Vine Street. According to Visalia PD, four men verbally harrassed and then physically attacked a victim while yelling gang slurs. When the victims attempted to flee in a vehicle, the four men followed them and fired a gun at the victim’s vehicle. The two occupants of the victim vehicle were not struck by gunfire and not seriously injured. Detectives, along with officers from Visalia PD’s Special Enforcement Unit (SEU) specializing in gang crimes, were able to identify the suspects with the assistance of video surveillance. 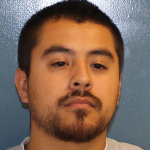 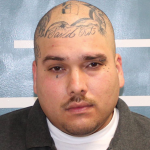 SEU officers had previously arrested another suspect, 24-year-old Ruben Yabet Perez, on Feb. 6 during a traffic stop near Lovers Lane and Noble Avenue. During a search warrant at his residence in the 300 block of N. Arroyo, evidence was located that linked Perez to the shooting.

Detectives are still searching for two more suspects in the case, 24-year-old Steven Michael Lopez and 27-year-old Francisco Nava. Anyone with information about their whereabouts is urged to contact Det. Kevin Grant at 559-713-4092. Anonymous tips can be provided through Valley Crimestoppers at 559-498-STOP. This incident is believed to be gang related.

Tuesday, Feb. 20
At 3:45 p.m., the Property Crimes Unit arrested three people in connection with a series of commercial burglaries of homes under construction in the Woodside Homes subdivision in the 2200 block of N. Hall Ct. Edgar Maldonado, 28, Orrin Infield, 34, and Juan Vidales, 28, were arrested during the serving of two search warrants in the 700 block of W. Robin in Visalia along with a probation search in the 400 block of Blackstone in the City of Tulare. The three had been targeting appliances in the unoccupied residences. Stolen appliances were found at the homes that were searched. All three suspects were booked at the Tulare County Jail for Burglary and possession of stolen property.

Wednesday, Feb. 21
At 4 p.m. in the 4300 block of W. Douglas, officers found heroin and methamphetamine for sale while serving a search warrant and arrested 31-year-old Jose Manual Contreras. The arrest concluded a two-week investigation into the sales of illegal narcotics in and around the Lincoln Oval Park. Contreras was booked into the Tulare Count Pretrial Facility.

Thursday, Feb. 22
At 12:23 a.m. at Fairview Park, officers investigated a suspicious vehicle that was there after the park was closed. A passenger, 33-year-old Johnny Guerrero, was asked to step out. Upon exiting the car, Guerrero attempted to flee on foot but was quickly caught by officers. While attempting to detain him, Guerrero kept trying to reach towards his waistband and the pocket area of his hooded sweatshirt where a loaded firearm was later found. Guerrero was taken into custody without further incident for possession of the firearm, possession of methamphetamine, and a warrant for a parole violation. An additional passenger, 32-year-old Chanh Saelaw, was found to have an arrest warrant and was also taken into custody without incident. Both subjects were later transported to and booked at the Tulare County Pretrial Facility.

At 7:55 a.m. in the 500 block of N. Locust Street, a man armed with a screwdriver entered a residence through the front door, which was unlocked, and then threatened the resident with the screwdriver but did not harm her. The suspect fled the area on foot with some of the resident’s property. At 12:27 p.m., the Visalia CHP notified VPD that an officer had arrested 37-year-old John William Upshaw for being in possession of a stolen vehicle. This vehicle had been stolen near the victim’s residence after the robbery. The victim positively identified Upshaw as the person that robbed her. Upshaw was on State Parole. Upshaw, who was on state parole, was booked at the Pretrial Facility for a parole hold, armed robbery, burglary, and assault with a deadly weapon.