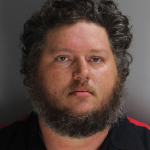 week, Curbow was sentenced to 38 years to life and is required to register as a sex offender for the rest of his life. He pleaded no contest on Dec. 20, 2017 to counts of forcible rape against a female victim who was under the age of 16 at the time of the acts. Curbow also pleaded no contest to one count of forcible oral copulation against a separate female victim who was 15 years old at the time of the act.

Curbow admitted the special allegations of having multiple victims and that the crimes involved substantial sexual conduct. Each count is a felony and considered a strike offense. The crimes occurred between December 18, 2013 and January 11, 2017.