VISALIA – Two people were arrested last week for operating an illegal casino out of a retail storefront. 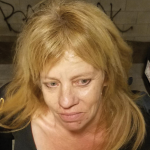 VPD’s Property Crimes detectives arrested 17 individuals found participating in illegal gaming activities, including slot machines. A drug detection dog from Farmersville Police Department helped detectives find about three quarters of a pound of methamphetamine between the business and a vehicle parked in front of the business. Tammy Gomes, 53, of Visalia and James Booher, 52, of Exeter were arrested for possession of methamphetamine for sales. 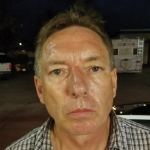 Several additional individuals were arrested for outstanding warrants and a casino employee was cited for gaming violations. Over $2,500 was seized from the business, as well as several slot machines. The investigation is ongoing and anyone with information regarding this is encouraged to contact Detective Moffett of the Visalia Police Department Property Crimes Unit at 559-713-4574.

Tuesday, March 13
At about 10:30 p.m. at Shop N Save, 329 NE 3rd, officers responded to a report of a shooting at the business. Upon arrival, officers located evidence of gunshots in the front door to the business. The reason for the shooting is unknown and no arrests have been made. The investigation has been forwarded to the Violent Crimes Unit for follow up and anyone with information is encouraged to contact the Visalia Police Department.

Thursday, March 15
At 4 p.m. an officer with VPD’s gang unit made a u-turn to make a traffic stop on a vehicle at Tulare Avenue and Dollner Street. The driver of the vehicle, 21-year-old Juan Iglesias, opened the vehicle’s door and dropped a .357 magnum revolver onto the street. Iglesias was found to be on probation and in possession of a small amount of cocaine. The firearm was recovered from the street. It was loaded and had the serial number filed off. Iglesias was booked at the Tulare County Jail for several firearm and narcotic felony charges.

Sunday, March 18
At 9:54 p.m. in the 800 block of W. Robin, officers responded to a robbery that had just occurred. The victim told officers that the suspect approached her while she was seated in her car, opened the car door and demanded money. When the victim refused the suspect grabbed the victim’s purse and ran from the area. During a search of the area officers located the victim’s property on a canal bank. Upon expanding the search area officers located 45-year-old Michael Soto who was identified as the person who committed the robbery. Soto was booked for robbery charges at the Tulare County Adult Pre-trial facility.

At 11:19 a.m. in the area of Vine Street and Dinuba Boulevard, officers responded to a report of a female that was struck in the face with a stick. The suspect, 52-year-old John Ortega, was contacted after he brandished a weapon at a witness. He was booked for assault with a deadly weapon and brandishing. The victim was treated at a local hospital and released.