EXETER – Over the last four years the City’s general fund has had trouble making ends meet, and next year’s projects seem to be no different.

“The general fund is not growing, it’s struggling and stagnant,” Exeter finance director Chris Tavarez told the City Council at their May 8 meeting.

One way to close the $109,095 general fund deficit revealed last week was to release police vehicle replacement dollars earmarked in the general fund. Over the years the City had accumulated $168,600 for the fund, but it was not contributed to last year because of the City’s massive $345,000 deficit. And provided the City would not have enough discretionary funds in the general fund next year, they were not likely to contribute to vehicle replacement again. 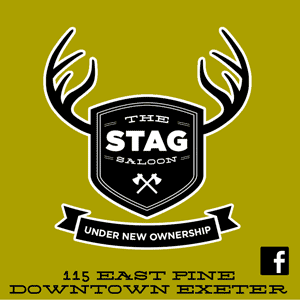 As a result the City Council released the vehicle replacement dollars closing the deficit, and using the remaining $59,505 to establish a general fund reserve. The $59,505 represents roughly 1% of necessary budget reserves, the City would ideally like to reach 10%.

While the general the fund will leave the police department without a vehicle replacement fund, Tavarez says the annual $100,000 Community Oriented Policing Services (COPS) grant will be targeted toward vehicles. In the past the COPS grant has been used to initially fund the salary of new officers, buy equipment or has been used for various other police needs. Now they will use the funds for vehicles instead, relieving the general fund of the responsibility.

Closing the projected deficit is the last leg of a long process for Tavarez and interim city manager Eric Frost. Just last month City staff went to Council with a projected $201,000 deficit for the 2018-2019 fiscal year beginning on July 1. Staff suggested cuts to operational services and contract adjustment brought the deficit down to $109,095.

Part of the contract adjustments included discontinuing the Self-Help Enterprises Loan Services portion of their contract and then contract with AmeriNat to administer remaining Community Development Block Grant and HOME fund loans. The expected cost savings for the upcoming fiscal year is a substantial $30,000.

An additional $6,000 in savings will come from renegotiating or moving their Animal Control contract. The direct cost savings is approximately $2,000 but the package offered by the City of Visalia includes billing for the City’s licenses. Indirect cost savings come through efficiency because staff will no longer have to spend time sending out license notices. Instead the City can advertise the need for dog licensing through new utility bill inserts.

Lastly Tavarez and Frost say they revised their previous budget estimates to account for more accurate figures shrinking the deficit by $21,000.