TULARE COUNTY – After four years of trying to right its economic partnership, the Tulare County Economic Development Corporation (TCEDC) finally has all of its member agencies rowing in the same direction.

Last month, the TCEDC overcame its final wave of opposition when the Visalia City Council narrowly voted to continue its financial contribution and participation in the business marketing and recruitment agency. Visalia, which will pay the largest annual public contribution of the eight cities at $92,440, considered replacing the services provided by the TCEDC with a full-time employee at the Visalia Economic Development Corporation (VEDC), which concentrates more heavily on retention and expansion of current businesses in the Visalia Industrial Park.  The alternate plan would have cost the city an estimated $80,000 per year for a full-time position and another $10,000 in marketing on top of the $40,000 in matches in private contributions to the VEDC each year.

Councilmember Steve Nelson pushed TCEDC executive director Paul Saldana to prove what his agency had done for the city in the last three years. “You had no locations last year and had only two the year before.”

According to a report presented to the council, TCEDC is currently managing 43 projects of which 32 (75%) are considering sites in Visalia representing 13.4 million square feet on 1,124 acres. Those projects potentially represent more than 5,300 jobs. The report also stated Visalia is the beneficiary of more than half of its real estate database, custom demographics reports and site searches and estimated that the city’s return on investment is about $15,500 more than its contribution.

Saldana said TCEDC tracks success based on the number of business opportunities created rather than the actual number of new businesses located, jobs added, or commercial leases signed. In its report to the Visalia City Council, TCEDC stated that 32 of the 43 projects it is currently managing are in Visalia and, “We expose the city to as many opportunities as we can,” Saldana said.

Nelson countered that all of those numbers were theoretical and that there were no concrete numbers to justify Visalia paying for 40% of the TCEDC’s total budget. He said he didn’t understand how the TCEDC could charge the City of Visalia more if it couldn’t prove how many new businesses had located there in the last three years alone.

Saldana pointed out that every city had included their renewal in the TCEDC as part of their annual budgets, all at a reduced rate compared to previous years. Besides Visalia and the County, the largest contributors were Tulare ($36,456), Porterville ($36,456), and Dinuba ($12,066). Smaller cities, such as Exeter and Farmersville, remained members after exercising one-time, one-year waivers last year to help balance their budgets. Exeter budgeted $2,000 for the TCEDC in 2018-19, less than half of the $4,691 requested by the agency. Farmersville and Woodlake budgeted more than the requested amounts, but their council’s decided to use highly discretionary funding that has not been earmarked for the TCEDC.

Mayor Warren Gubler, who has served on the TCEDC board for the last four years, said he thought the organization had done a good job of bringing projects to Visalia. He said he wanted the city to continue its participation in the TCEDC and the city’s contribution to the VEDC.

“I’m not convinced that transferring from the TCEDC to the VEDC will make a difference but I am concerned with what Tulare County is paying,” Gubler said. “I’m in favor of continuing it, noting that there is always room for improvement.” 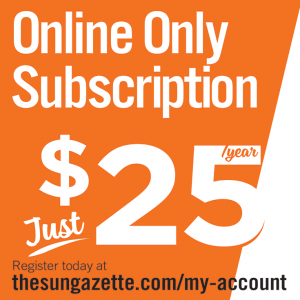 TCEDC board member Craig Vejvoda, a financial advisor with Principal Financial, used the analogy of a team sport. He said Tulare County had a net gain of 27,000 jobs over the last 13 years, and that the TCEDC wasn’t directly responsible for any of them but argued it played a role in all of them.

“There is no Faraday Futures project in Hanford without the Kings County EDC,” Vejvoda said. “And you have to think what Tulare County would look like if we weren’t here.”

Cox said he was not in favor of funding an employee at the VEDC either. Instead he said he wanted the city to see more benefit from its TCEDC membership and have more say in the services it wants to pay for, or pay at a level similar to the County of Tulare.

“Who’s got a hold of the oars and whose rowing?” asked Councilmember Cox. “We want more control of the oars. Or, we would support it at a reduced value.”

Vejvoda said they have not had a lot of success selling economic development services to the private sector but more private sector money could lower the contributions needed from member cities. One way to do that would for the TCEDC to get in the business of providing loans to small businesses for expansion, which would also increase tax revenue for cities and the county.

Saldana said there was an opportunity to reduce the city’s fee in the following fiscal year but that they needed all of its members to continue at their current fees for the current fiscal year which began on July 1.

The City Council was presented with four options: continue at the rate of $92,440 per year and work toward a new memorandum of understanding with the TCEDC; continue at the rate for one more year and not pursue a new agreement; or drop out of the TCEDC and expand its in-house economic development department.

Collins motioned to approve option 1 to approve the $92,440 contract and work toward a new agreement. The motion was seconded by Link and passed 3-2 with Nelson and Cox voting no.