Fireworks light more than just the sky on 4th of July

VISALIA – Fourth of July was a busy night for local firefighters and it wasn’t just because of illegal fireworks.

From 8 a.m. on July 4 to 8 a.m. on July 5, the Visalia Fire Department (VFD) responded to 53 emergency calls for service or 15% more than the average day. Of the 14 fire related incidents, one was a vehicle fire, three were house fires, with the remaining 10 being a combination of grass, tree, debris, and dumpster fires.

Two of three structure fires were caused by fireworks, both legal and illegal. At about 10 p.m., VFD firefighters were dispatched to 1810 E. Houston Ave. where a home was fully engulfed in flames with narrow access and a limited water supply. The fire had spread to the attic of a second home, two travel trailers that were burning, as well as trees, grass and miscellaneous debris, all of which was causing heat damage and threatening to ignite a third home. 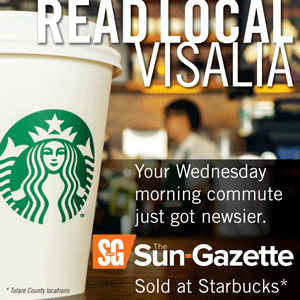 After extra help arrived, firefighters were able to bring the fire under control in about 40 minutes amid heavy fire conditions and heavy embers casts. In all, seven fire engines, one fire truck, a fire chief, a battalion chief and one fire investigator responded to the fire. Visalia Police Department, Edison and the Gas Company responded to the incident. The Red Cross was called to the scene to help 12 adults and one child that were displaced due to the fire. The cause of this fire is believed to be related to illegal fireworks.

Later that night, VFD responded to a house fire at 2:51 a.m. at 6207 W. Prospect. The two-story home had flames on the exterior and interior of the garage. Firefighters quickly extinguished the exterior fire and made entry into the garage, were they found fire inside the garage wall. They were able to open the wall and quickly extinguish the fire. The cause of this fire was determined to be used, legal fireworks that were improperly disposed of in a plastic trash can. The trash can was placed against the exterior garage wall were it caught fire and extend into the garage. In all, three fire engines, one fire truck, a fire battalion chief, the Visalia Police Department, Southern California Edison and The Gas Company responded to this incident.

Earlier in the night, firefighters responded to another home fire, located at 5445 W. Seeger Ave., that was not related to fireworks. Fire crews arrived at 7:56 p.m. and found smoke coming from the attic vents of the home. Firefighters quickly located and extinguished the fire. Three fire engines, one fire truck and one fire battalion chief responded to the incident.

There were no injuries at any of the fire incidents. Total dollar loss from the all fire incidents combined is estimated to $50,000 to $60,000.

Outside the City Limits

The Tulare County Fire Department responded to another two-alarm fire in the area of Avenue 412 and Drive 112 in the community of Seville. The fire spread from grass and debris to two residential structures. Red Cross was contacted for one of the families. Tulare County Fire was assisted by two units from the Orange Cove Fire District. The cause of the fire is still under investigation.