COS inducts four into Hall of Fame this week

Pioneer of stealth technology, Man of the Year, renowned athletic trainer, championship baseball team among the 2018 Hall of Fame class

VISALIA — The College of the Sequoias will present four new Hall of Fame inductees on Thursday, Oct. 11, and at least one of them didn’t show up on your radar of possible nominees.

After leaving College of the Sequoias, Alan Wiechman went on to become a pioneer in the aerospace engineering helping to design the first aircrafts using steath technology. Wiechman participated on the design teams for Have Blue (the first real flying stealth aircraft), F-117A Nighthawk (stealth fighter aircraft) and Sea Shadow (the first naval stealth ship) in the early conceptual design, where he and the teams were faced with designing and inventing concurrently. The designs were developed from practical experience, using new techniques in radar absorbing materials, sound suppression and reduction of visual signatures. This pioneering effort gave the Nation a 15-year lead over potential adversaries, a lead the Nation continues to enjoy because of the work that continues to this date. He has contributed directly on the F-15, F-18E/F, F-23, and the Bird of Prey. The Bird of Prey aircraft was donated to the National Air Museum of the Air Force, where it is proudly displayed in the Modem Flight Hanger. Wiechman is currently a partner and Chief Technology Officer for Eagle Aerie Inc.

Wiechman has been awarded numerous honors for his contributions to the nation’s defense, including the American Institute of Aeronautics and Astronautics (AIAA) Aerospace Design Award and the National Defense Industrial Association (NDIA) Combat Survivability Award for Technical Achievement. In 2004, he received the Pioneers of Stealth award, a prestigious honor bestowed by the industry and government founders of the Stealth technology. Wiechman’s a consultant to MIT/LL in Boston, consultant to Dayton, OH for the Air Force and is currently on the Air Force Scientific Advisory Board.​

Wiechman will be joined the 2018 Hall of Fame class by fellow inductees Dr. Darin Padua, Harry Tow, and the 1957 COS Baseball Team. The induction ceremony and dinner will be held from 5:30 p.m. to 9 p.m. in the Dr. Thomas S. Porter Field House on the COS Visalia campus.

The public is invited. Tickets to attend the dinner and induction ceremony are $50 and may be purchased online at COS.edu/Foundation or by phone by calling (559) 730-3861.

Inducting an individual into the COS Hall of Fame is one of the highest awards COS can present to alumni. It is reserved for those that have made significant accomplishments to the betterment of the school, the community and society in general. The contributions take many forms, but always reflect positively on the college. Each honoree has uniquely met these criteria.

Dr. Darin Padua serves as Professor and Department Chair of Exercise and Sport Science at the University of North Carolina at Chapel Hill. He began working in 2001 and during his employment with UNC he has served as Program Director for the Undergraduate Athletic Training Education Program. He has also served as director of the sports medicine 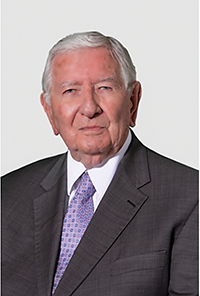 Harry Tow served as Visalia’s City Manager from 1958 – 1972 before entering into private practice in 1972 for Quad Consultants now known as QK Inc. Tow is a diplomat of the American Academy of Environmental Engineering Intersociety Board and a member of American Society of Civil Engineers. He has been awarded Visalia Chamber of Commerce Man of the Year in 1977; Water Environment Federation, Boy Scout Council Man of the Year in 1981 and 2015; Outstanding Civil Engineer in Private Sector, Northern California in 2016; Bishop’s Cross, Episcopal Diocese of San Joaquin. His other significant accomplishments is being a husband and father; Being a representative of California’s cities on the State Water Quality Board; Chair, St Paul’s School Board; Kaweah Delta Hospital Foundation; Visalia Industrial Park. Harry served on the COS Foundation Board from 1991-1997.

Winning a baseball state championship amongst all California community colleges is very difficult. The 1957 COS Baseball team is the only COS team that has done so in the college’s 92-year history. This unique group of talented athletes that banded together at just the right time to take the state championship are remarkable as individuals and as a team. Many players went on to play university and professional baseball. All have wonderful stories of accomplishments in career and community. They represent what is possible while here at the College of the Sequoias and thereafter.