VISALIA – No local educational election will affect more students and parents than the tightly contested race for Tulare County Superintendent of Schools. 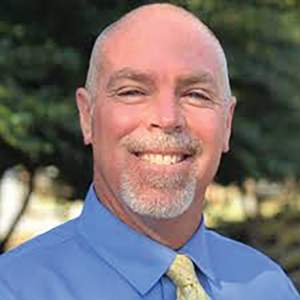 As the polls closed, Tim Hire had more than 50% of the vote and a more than 1,000-vote lead over Craig Wheaton with 48.50%. There is just under 50,000 mail-in, provisional and damaged ballots left to be processed, according to the Tulare County Elections Office as of press time. The Sun-Gazette estimates that less than half of those will include votes for this race based on prior election returns, the race was still close to call as of press time.

If Hire holds on to win, which projections say he will, then Tulare County will not only have a new superintendent but Exeter Unified School District will have to replace theirs. Hire has led EUSD since 2012 and was the superintendent for Woodlake Unified from 2007-2012. He successfully spearheaded efforts in both communities to unify their separate elementary and high school districts. WUSD was formed in 2011 and EUSD was formed in 2012.

Wheaton is currently deputy superintendent of county schools following five years as Visalia Unified School District superintendent. If Wheaton loses, he will serve under Hire at least through the end of his contract next June.

VUSD’s board of trustees will look very different next year. Two women, and possibly a third will join current board member Lucia Vazquez on a mostly female board. Walta Gamoian finished election night with 54.27% of the vote to defeat Mike Moberly and replace Charles Ulmschneider in the Area 1 seat. Joy Naylor ended the night with 58.44% of the vote to defeat incumbent Jim Qualls for the Area 3 seat. And Megan Casebeer Soleno is only trailing by 200 votes in three-way race for the Area 5 seat against Niessen Foster and Lori Quinzon. The seat has been vacant since the unexpected passing of Patricia Griswold in March. Foster was leading with 38.34% of the vote as of press time. John Crabtree looks like the only incumbent who will return to the board. He crushed challenger Mario Torres by garnering more than three-quarters of the vote for the Area 4 seat.

It looks like all three incumbents will be headed back to the board room for Farmersville Unified. John Alvarez was the top vote getter with nearly 25% of the vote in the six-way contest. Jorge Vazquez earned over 22% of the vote and Lupe Fernandez finished in third place for the top three spots with just under 18%. There is an outside chance that challenger Augie Macareno may catch Fernandez as there may be about 300 ballots left to count in that race.

Incumbent Helen Renteria doesn’t appear to be heading back to her seat on the Woodlake Unified School Board. In a three way race for her seat Renteria has fallen behind her two challengers, Donna Hills Fraser and Armida Martinez. Fraser leads the pack with 83 votes while Martinez is in second with 66 and Renteria with 57.

Just 24 votes separated incumbent Schuyler Glover from challenger Luana Leavens in Tulare County’s smallest school board race. But that was a landslide win for Glover who finished election night with 36 votes, good for three-quarters of the vote for the Sunnyside Union Elementary School District, a single-school district serving the Strathmore-Plainview area of southeastern Tulare County.