Police run down sibling suspects in Utah wanted for murder

TULARE COUNTY – Two brothers wanted for a murder in Porterville were run down in Utah last week. 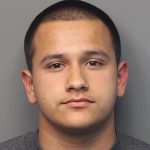 On Jan. 5, Utah Highway Patrol spotted a black, 2006 Acura TL matching the description of the car that fled the scene of a shooting on Jan. 2 in the 700 block of East Success Drive in Porterville. A brief pursuit ensued ending with the car being involved in a non-injury car accident. The driver and passenger in the car were identified as brothers Jeremy Bailey, 20, and Christopher Corbit, 25, both of Porterville, and were arrested for the murder of 22-year-old Adonis Tapia.

Tulare County Sheriff’s deputies arrived within minutes of the shooting and found Tapia suffering from multiple gunshot wounds just before 11 a.m in the area of Success Drive and Leggett Street. Tapia was transported to a local hospital where he died from his injuries. 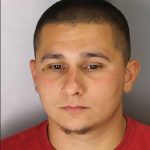 Immediately after the murder, detectives with the Sheriff’s Homicide Unit began tracking the suspects across the state lines. The Sheriff’s Office coordinated with the Utah Highway Patrol as well as the Nebraska State Patrol, as police believed they were fleeing to Nebraska, where they may have family.

A motive for the shooting will not be released as this remains an active investigation. Anyone with information or video is requested to call the Tulare County Sheriff’s Office at 559-733-621818 or anonymously at [email protected] or by text or voicemail at 559-725-4194.

Saturday, Jan. 4
Around 7:30 a.m. in the 14600 block of Road 190 in Poplar, deputies responded to a report of a parental abduction. When deputies arrived, they found that 32-year-old Christian Jaime of El Centro, Calif. arrived at his ex wife’s residence and took their two daughters without her permission. Jaime does not have custody of the girls ages 13 and 8. Detectives immediately put out a “Be On The Look Out” for the Jaime, the girls and the vehicle. Officers with the West Moreland Police Department and Brawley Police Department pulled over Jaime’s vehicle on his way home to El Centro in the southwest corner of the state. Both girls were found safe. Jaime was detained for questioning until Tulare County Sheriff’s detectives arrive to interview him. When they arrived in Brawley, detectives determined the children had not been taken by force, and, in fact, had been living with Jaime for several months, albeit in violation of the court order. Jaime’s ex wife, Julisa Perez Zendejas, was arrested for making a false police report and for an unrelated misdemeanor warrant. Detectives will also be submitting a criminal complaint against Christian Jaime for violation of a court order.

Wednesday, Jan. 1
At around 2:40 p.m in the area of Road 160 and El Rio Avenue in Visalia, deputies received a report of shots fired at an occupied vehicle. The victim said the suspects chased him in a gold colored SUV. One of the suspects fired multiple shots with a handgun.