VISALIA – District Two board supervisor, and chairman of the Tulare County Board of Supervisors, Pete Vander Poel opened Tuesday’s board meeting with a public apology for comments he made at last Tuesday’s meeting.

“I’d like to formally apologize to my colleague Supervisor Valero and anyone who might have been offended by my choice of words at last week’s meeting,” Vander Poel said. “I take great pride in representing this very diverse county. I do understand the insensitivity of my words and know that I will continue to improve myself going forward.” 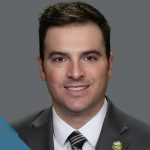 Vander Poel sparked controversy in the county during the board’s April 14 meeting when supervisors received a COVID-19 update from Health and Human Services. When District Four supervisor Eddie Valero expressed that he wanted to ask a follow up question, Vander Poel recognized him by saying, “Supervisor Valero, wants another bite at the tortilla.”

His comment was an adaptation of the common phrase, “another bite at the apple,” which means to have a second chance at something.

Vander Poel’s open session comment led to backlash around the county. Farmersville mayor Greg Gomez said that he should be ashamed of himself for the comment he made as chairman. Gomez added that it was especially disappointing since he represents a district that is 65% Hispanic.

“It is incomprehensible that during this stressful time that should otherwise serve to bring our community together across any racial, ethnic or socio-economic divides, someone of Supervisor Vander Poel’s stature—a Chairman of the Board, no less—would speak to anyone in this manner. He has shamed himself and the County of Tulare as a whole,” Gomez said in a letter published last Wednesday. 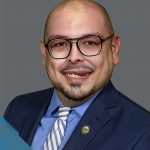 Vander Poel said in an interview with The Sun-Gazette last week that he regretted making the comment at all, and understood how it came across as offensive.

“As soon as the words came out of my mouth, I said that I shouldn’t have said that because it can come across as insensitive,” Vander Poel said. “As soon as I was aware that the choice of words was offensive to some I contacted [Supervisor Valero] over the phone and apologized to him for any offense I may have caused him.”

Valero issued a statement of his own last Wednesday. He thanked everyone for their concern, and confirmed Vander Poel’s apology.

“Supervisor Vander Poel reached out to me to sincerely apologize for his comment on the dais. Although his comment was in poor taste and shouldn’t be reflective of our conduct in board chambers, I accept his apology and know that he will learn from this mistake,” Valero stated.

He added that he hopes Vander Poel is “committed to educating himself on implicit bias” and how such comments are received in the community.

Fellow supervisors gave grace to Vander Poel for his comments and commended Valero for handling them in a professional manner.

“I’m glad that the two directly worked it out…the general public listening maybe has a different take…but it was good that the two of them dealt with it because they are going to be working together for a while,” District 5 board supervisor Dennis Townsend said.

District 3 board supervisor Amy Shuklian said that she understands how Vander Poel’s comments were taken as offensive. But she doesn’t believe he was intentionally trying to be hurtful. Instead, Shuklian believes he was trying to be jovial.

“I think it was an impulsive bad timing of humor,” Shuklian said.

District One board supervisor Kuyler Crocker acknowledged that most everyone has said something they wish they hadn’t .

“It was just in poor taste but I also recognize that all of us at one point or another have said something we wish we could have taken back. It’s unfortunate, and I hope everyone can move forward,” Crocker said.