Exeter is first to step up to alternative graduation stage

EXETER – High schools had to think on their feet when they realized their traditional graduation ceremonies weren’t going to fly this year. But Exeter Unified successfully executed Tulare County’s first hybrid drive-thru ceremony.

Last Saturday May 23, EUSD held commencement ceremonies for Exeter Union High School, Kaweah High School, and Wilson Middle School. At Monarch Stadium students arrived in groups organized by last name. They were instructed to form a line leading up to the stadium while staying six feet apart within their families. Once on the field, the students walked on the track while their families stayed behind the fence towards the bleachers. There was a stage at the 50-yard line on the football field where administrators greeted students, gave them their diploma, and walked across the stage as their name was announced on the stadiums PA system. Parents had the chance to take photos but there was also a professional photographer and videographer present as well.

The ceremony ran smoothly throughout the day but there were mixed reactions from students and their families. Exeter High School senior Delia Carrillo enjoyed the experience but would have preferred the traditional format, especially because she didn’t get to walk the stage for middle school. Her mom felt a similar way.

“I think it’s sad, I feel like I was robbed from this moment and the experience. This is my oldest daughter and it’s not how it should have been,” Domenica Carrillo said. “It’s bittersweet and emotional, but at least she was able to semi-walk the stage. It’s better than nothing.”

Other students and their families felt a completely different way. EUHS senior twin siblings Nicholas and Natalia Cole enjoyed the experience a lot more than they expected.

“I really liked it because I don’t like a bunch of eyes staring at me [like in a traditional ceremony],” Natalia said.

Their mom was even more ecstatic about how the commencement went.

“It’s the best graduation ever! It was better than sitting in the hot sun,” she said. 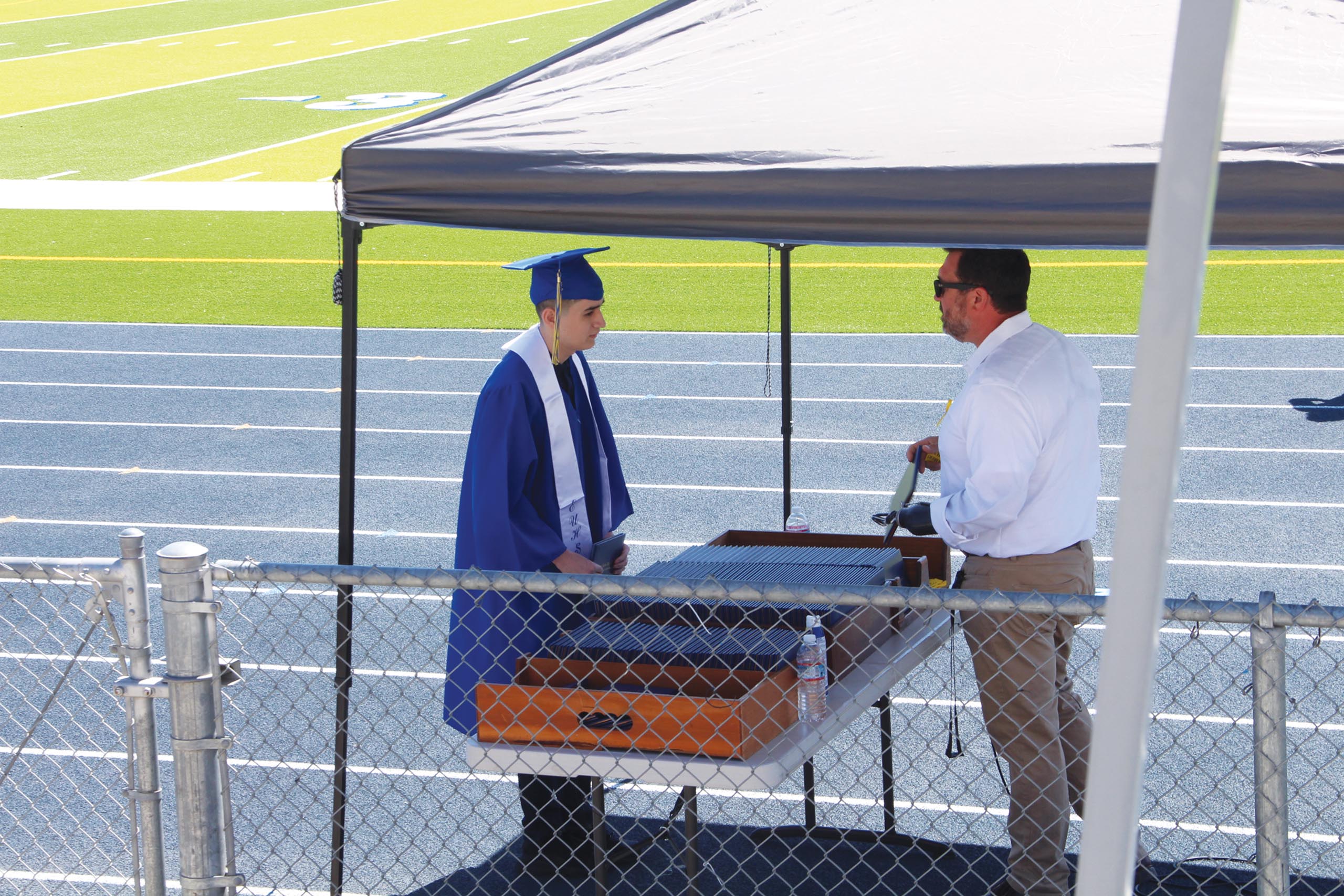