Council member Jeremy Petty resigns to move to Fresno, the city council will have to wait till November to add a fifth member 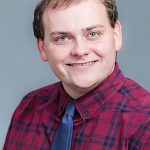 EXETER – Exeter may not be used to a lot of change around town, but they will have be okay with a change to the council for the next few months.

After his three and a half years of service on the council, Petty decided to resign. One good reason, is that he no longer lives in Exeter. According to Petty, his family was looking for different opportunities just up north in Fresno.

“We’ve just been looking for different opportunities and jobs or otherwise and we’re just looking for a change. We moved to Clovis where we just bought a house,” Petty said last week.

The near full-term city councilmember will continue to commute to Visalia where he works as an information technology specialist with the county of Tulare. And while he won’t be serving on the council anymore, he feels as if the city is in good hands moving forward.

“I think we have a more than capable staff who are doing a phenomenal job. And the direction the council is going is going to make us more stable. That is one of the things I enjoyed is seeing us grow,” Petty said.

If there were a theme that marked Petty’s time on the council, it was change. Between his election in 2016 and now, key members of Exeter’s top staff have come and gone. When Petty first joined the council now Visalia city manager Randy Groom headed the administration. After Groom left for Visalia, former Visalia finance director, Eric Frost assumed the position on an interim basis. Shortly after that, Sherry Emerson left Exeter’s finance director position, and Chris Tavarez left Visalia’s finance department to become the finance director in Exeter.

Then, current city manager Adam Ennis left his post as public works director in Visalia to relieve Frost of his post as city manager. To Petty, the inspiring part of this whirlwind of change over two years was how they managed to get the community involved.

“I would say the process that stands out that I thought was neat was the staff selection. When we were getting ready to choose Adam [Ennis] for city manager it was a neat process to see how we involved the community…and the outcome has been so phenomenal and I think we are going to go in the future to make us a better place,”

Unlike most Exeter residents, Petty had the chance to observe what goes on behind the scenes that makes the city run. According to him, that gave him a new appreciation for how hard staff work.

“It’s important to be a part of the community and be involved, and understand what’s going on behind the scenes because it’s a lot more than what a lot of people realize,” Petty said.

And now that he is leaving the council, he encourages anyone with a desire to represent District E that covers the east side of town to throw their hat in the ring in the future. But he cautioned that the job is not necessarily easy. Sometimes, not everyone will be happy.

“It’s been a really good experience and I would recommend that if anyone is interested, to get on. But you are going to get a lot of flak for it. I’ve had businesses make threats towards me before, but that’s a part of the job I think,” Petty said.

According to Ennis the city will have to wait until someone is elected to fill Petty’s seat this November. Because the council already has two appointed members in David Hails and Barbara Sally, they cannot appoint a third member. Moving forward the city will declare Petty’s seat vacant, and wait until someone files paperwork for his seat this summer.