Signs of change at the farmers market

VISALIA – Signs of racial tensions in this country dominate our social media feeds, flat screen TVs, newspapers and street corners. Many of them are political statements, calls to action and some are even divisive.

So when Visalia Farmers Market manager Angie Warkentin put up a few sandwich board signs with messages like “Be The Change You Wish to See in the World,” “Darkness Cannot Drive Out Darkness, Only Light Can Do That,” and “Hate and Racism Have No Place Here” she felt it was an appropriately simple message of positivity with which everyone could agree. That is until people showed up to the market and saw them for the first time on June 6. That morning, Warkentin said a large, white man came up and asked to speak with her about the signs.

“He shook his finger in my face and said he was personally offended by those signs and they have no place at the farmers market,” she recalled. 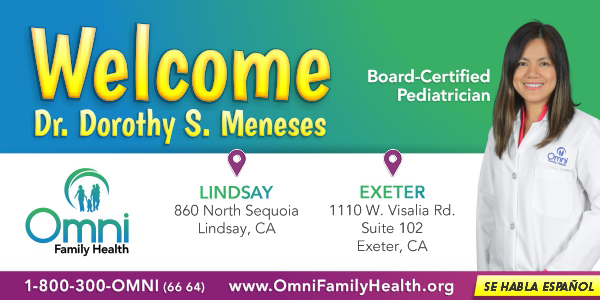 Caught off guard by the man, who she said got “very heated” and made her nervous, Warkentin asked the man to clarify if he had an issue with the market’s messaging of anti-racism? “You have no right to be shoving that in my face,” the man had told Warkentin, to which she replied, “If you don’t agree with our messaging of anti-racism, this isn’t the place for you.”

Others took to Facebook to call the messages “political garbage” and that the signs “take some of the joy out of the experience” of going to the farmers market. Most of the negative reactions were not that loud but rather hushed tones of people politely asking the market staff to handle any racist incidents privately. But Warkentin said there had been nothing private about the racist comments she and her staff had overheard from both customers and farmers in the weeks leading up to putting out the signs.

She said the N-word was being dropped casually in conversation. Customers that were quietly compliant with COVID-19 regulations when dealing with white farmers would become confrontational about the same rules with farmers of different ethnicities. Warkentin said the issue came to a head when she overheard a customer and a farmer having a conversation about white supremacy in a positive light.

“Being a community, and currently the only community event allowed, it didn’t feel like handling it internally was enough,” Warkentin said. “At what point, do we, the community, take responsibility to take this on instead of pointing fingers.”

Reports of racist remarks at the market have increased since protesters with the Black Lives Matter movement have designated the same street corner of Mooney Boulevard and Caldwell Avenue, as its primary location. She said there has been a lot of concern among market-goers that the protesters would begin rioting. But after three weeks of peaceful protests, the only incident didn’t involve protesters but a group of agitators who rode dirt bikes through the market during clean up in the hopes of stirring up trouble with the protesters.

Warkentin said she began reflecting on her three years as the manager and another 13 years in which she has been involved with the market as a volunteer and realized that there has always been some “low-level racism” within the community and at the market.

“I think we are more aware of it right now and we can’t keep saying that it’s the way they were raised or just the way they are,” she said. “It’s getting worse and they are saying more severe things. I feel like it has escalated.”

Despite the actions of a few naysayers, Warkentin said the response to the signs has been overwhelmingly positive, both in person and online. One woman posted that the “message is straight forward and is perfect” while most gave thumbs up and heart emojis. One woman who threatened to get the market’s government funding taken away, of which the market does not receive any, ended up apologizing for her reaction after Warkentin called her up to ask why she was opposed to the signs. It turns out the elderly woman said she was just tired of being told what she could and could not do and had been on edge due to the pandemic.

“If we can have conversations about the emotions and feelings these topics stir up and logically talk about these things, then change can happen. But we have to be willing to have those conversations,” Warkentin said.

The signs will be out again when the farmers market opens at 8 a.m. this Saturday and Warkentin said she hopes that any negative comments she hears will be nothing more than an opportunity to have a conversation about the message.

“Racism is not a political viewpoint,” Warkentin said. “I hope our community can at least agree on that.” 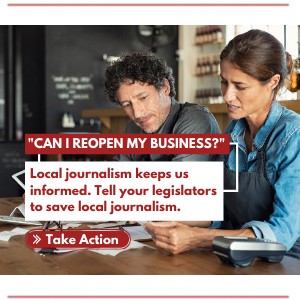