Seville has clean water for the first time in five years and Yettem will be connected to joint system soon; county transfers governance to newly formed community services district

TULARE COUNTY – Becky Quintana has spent most of her life watching her community of Seville struggle with water quality issues. Now in her early 60s, Quintana remembers seeing her late father Ladislao (Lalo) Jacquez show concern about the community’s water system. While not much change happened back then, community residents like Jacquez began to ask questions: “Why are we running out of water? Why does this keep happening?”

Quintana’s father never lived to see the day that Seville would turn on the taps and clean water would flow freely into the town’s 100 homes, but Quintana was there when it happened a month ago. On May 15, the State Water Board rescinded the boil water notice for the community signifying that the water was potable. It was the first time in five years that residents could drink water from the tap following the construction of a replacement water system built by the County of Tulare.

“Thank you for helping the community of Seville to move forward,” Quintana told the Tulare County Board of Supervisors at its June 9 meeting. “This year, for the first time, we will not run out of water.”

Quintana took up her father’s mantle of providing water to Seville while serving on the Stone Corral Elementary School Board. As a board member, she discovered the severity of the water issues affecting the school, which at one time was forced to close down because there wasn’t enough water to flush the toilets.

When the school attempted to build a new gymnasium in 2007, the project was denied approval when the responsible agencies learned that the community’s water infrastructure was practically nonexistent. It was revealed that most of Seville’s distribution system was almost 100 years old and was in a severely deteriorated condition. The water lines were so bad and full of leaks, you could find them by following the growth of tule reeds that grew up over puddles that never went away. To top this off, the single well supplying water to the entire community of Seville was unable to meet the community’s water demands and water produced from the well now had levels of nitrate exceeding State and Federal health standards.

Seville’s water system was so bad, it drew international attention in 2011 as a focal point on water quality issues in the San Joaquin Valley in the UN Report of the Special Rapporteur on the Human Right to Safe Drinking Water and Sanitation, Mission to the United States of America (2011).

In 2009, Tulare County agreed to be the temporary receiver of the Seville water system. Since then, community residents, county officials, state agencies and community organizations including Community Water Center and Self-Help Enterprises (SHE) have been working together to bring about solutions to address the aged water system.

Becky was among the several spirited residents who stepped up to form the Committee for a Better Seville as a way to come together, learn and have their voices heard.

“We would go door-to-door passing out flyers for the meetings,” said Becky. “In the beginning we had several people but after a while people began to get frustrated because they wouldn’t see any progress.”

The process was long and it required patience. SHE, along with Community Water Center, held numerous community meetings and prepared planning and construction funding applications for a project to not only rebuild Seville’s water system but connect it to nearby Yettem, another low-income community with water quality issues. Two years ago, the county received $4 million from the State Water Board to replace the water mains and connection lines, install water meters and a 211,000-gallon water tank to provide system-wide pressure and meet state standards for fire suppression. The county broke ground on the project in March 2019 and completed the first phase last month.

“Communities like Seville and Yettem represent the hardships we still face as a county,” District 4 Supervisor Eddie Valero said. “However, it is through commitment, resolve, and a collective capacity that enables us to tackle these issues for the betterment of County residents.”

Phase II of the project will cost another $3 million and include similar improvements in Yettem as well as the cost of interconnecting to the two systems separated by about 2 miles along Highway 201. This second phase of construction is expected in 2021 or 2022.

“Seville and Yettem have a very exciting future ahead of them,” said Seamus Guerin, Community Development Specialist for Self-Help Enterprises. “The interconnection of the communities’ systems, bringing a more secure water supply for both Yettem and Seville, is on the horizon. A park, better street lighting, sidewalks; it’s all possible going forward for the communities and families of Yettem and Seville.”

As part of the project, residents will also have more of a say in how they manage their new water system. In November 2018, Yettem and Seville voters approved Measure Y to form the Yettem-Seville Community Services District (CSD) along with the election of five directors to serve on the board. This historic action will allow the newly formed district to operate the new combined water systems once construction is complete.

“We are excited to have been part of the team bringing a clean, safe, reliable water system to Seville and we look forward to transitioning it over to the newly created Yettem-Seville CSD,” said Reed Schenke, director of the Tulare County Resource Management Agency. “This ensures the residents and users of the infrastructure can own and maintain the system with local control and interest.”

Last week, the board of supervisors voted to transfer ownership of the two communiities’ water systems to the CSD. The supervisors also approved providing the CSD with $47,463 for operations as it will not collect any of its own payments for at least a month. It was a small price to pay for the county which had been subsidizing Seville’s water system by an average of $24,000 per year since 2016. The losses in Yettem averaged to be $29,000 per year during the same time frame.

Unable to attend the meeting in person due to the pandemic, Quintana called in to thank the supervisors and community organizations for their help in ending decades of water quality issues for the two communities.

“This was like a pilot program,” Quintana said. “We can learn from this. I look forward to working with Eddie [Valero] for projects other communities might have,” Quintana said.

Quintana may get her chance soon as the county also directed staff to represent Yettem and Seville on a project to build a surface water treatment facility in northern Tulare County.

Under the Sustainable Groundwater Management Act of 2014, all water users in the Kaweah Sub-Basin must become groundwater neutral, meaning its puts in as much water as it takes out, by 2040. That will require communities like Yettem and Seville to accept surface water during times of drought. In 2011, Alta Irrigation District offered to trade water with several unincorporated communities in northern Tulare County, including Cutler, Orosi, East Orosi, Sultana, Monson, Yettem and Seville. In order to make the water potable, Cutler and Orosi’s public utility districts applied for USDA Rural Development funding to design and build a surface water treatment plant. Denise England, water resources director for the county administrative office, said Yettem and Seville expressed interest in the project but have yet to officially take over its own community services district and do not have any funds to pay its share of the USDA application fees.

The supervisors authorized England to represent Yettem and Seville and their interest in the project and to pay their portion, about $7,000, of the application fees. Sultana already has a community services district (CSD) already in the process of annexing Monson and will represent both communities on the Cutler Orosi Surface Water Project Authority. East Orosi also has its own CSD and the State Water Board has issued a voluntary consolidation between Orosi and East Orosi, so those entities will represent themselves on the authority. The county is also representing 44 residences along the alignment of the proposed plant who do not receive water from a county-run system and are not part of district. 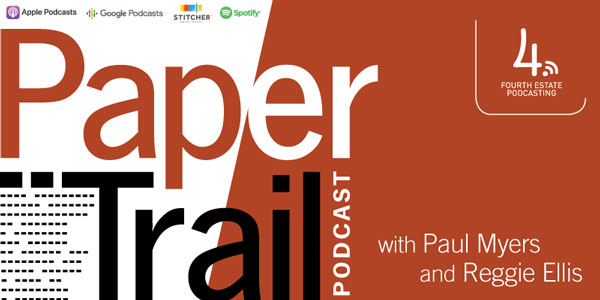