VISALIA – Visalia Unified has denounced the actions of a handful of adults who ripped down signs along the fence at El Diamante High School and is supporting its students’ freedom of expression by relocating the signs to a free-speech area.

On July 1, Visalia Unified School District (VUSD) Superintendent Tamara Ravalin released a statement saying it was “disappointed in the reactions of some adults to respond with multiple incidents of threats, violence, and intimidating actions.” Ravalin’s comments refer to two, separate incidents on June 24 and June 27 where adults tore down signs from the fence at the corner of Akers Street and Wagner Avenue that were part of a peaceful, student-initiated protest for the Black Lives Matter movement.

The first involved five middle-aged and elderly women who were recorded carrying signs they had taken down from the fence. Joseangel Pena-Gutierrez, a recent El Diamante graduate, recorded the incident on his phone capturing the women walking with the torn-down signs to a truck and three SUVs. In a second video, both of which were posted on Twitter, Pena-Gutierrez shows a large, black garbage bag in the back of the truck, which another person in the video points out is filled with the discarded signs. One of the women, identified as Anna Maier of Visalia, brandished scissors when those recording her got close as she walked to her vehicle and told them to “get out of here.” This set off a second verbal confrontation between the women and Pena-Gutierrez and his sister.

Black Lives Matter supporters showed up on June 26 to replace the signs along the high school boundary. Then, on June 27, a man came by and tore down the signs. The middle-aged man identified himself as a neighbor who was tired of seeing the signs. A passing car honked in support and the man raised his fist in agreement.

“While we cannot expect to agree on every aspect of any emotionally charged issue, we can agree that we, the district and all adults in this community, need to do our best to provide opportunities where our students’ unique and diverse voices can be heard,” Ravalin said. “These harmful actions by adults of our community must be denounced.”

In response to the two incidents, the district removed all of the signs on July 3 and publicly announced that no new signs, posters or personal messages would be allowed on any district office, school building, fence or other district property without approval from the district or on-campus personnel. The district said the decision was made “due to concerns for the safety and well-being of our students.”

The district did not approve use of the fence for the signs and removed signs that displayed obscenities, profanity, threats or vulgarity, but allowed them to remain in support of its students’ rights for self-expression.

Ravalin also announced last week that VUSD has found a new home for the student-led community protest. VUSD partnered with College of Sequoias to allow the signs to be placed on the fence in COS south parking lot (Lot 7), which is being designated by the college as a free-speech space, from July 2 through Aug. 10, 2020. Both the school district and community college agreed that any signs displaying harassment, threats, intimidation, obscenities, profanity, or vulgarity would be removed.

“While the district has made the decision to remove all signs, regardless of the content of the message, from any District owned school building, fence, or other District property accessible to the public, the district will not let the actions of a few misguided adults stop our students from making their voices heard,” Ravalin said in the released statement. 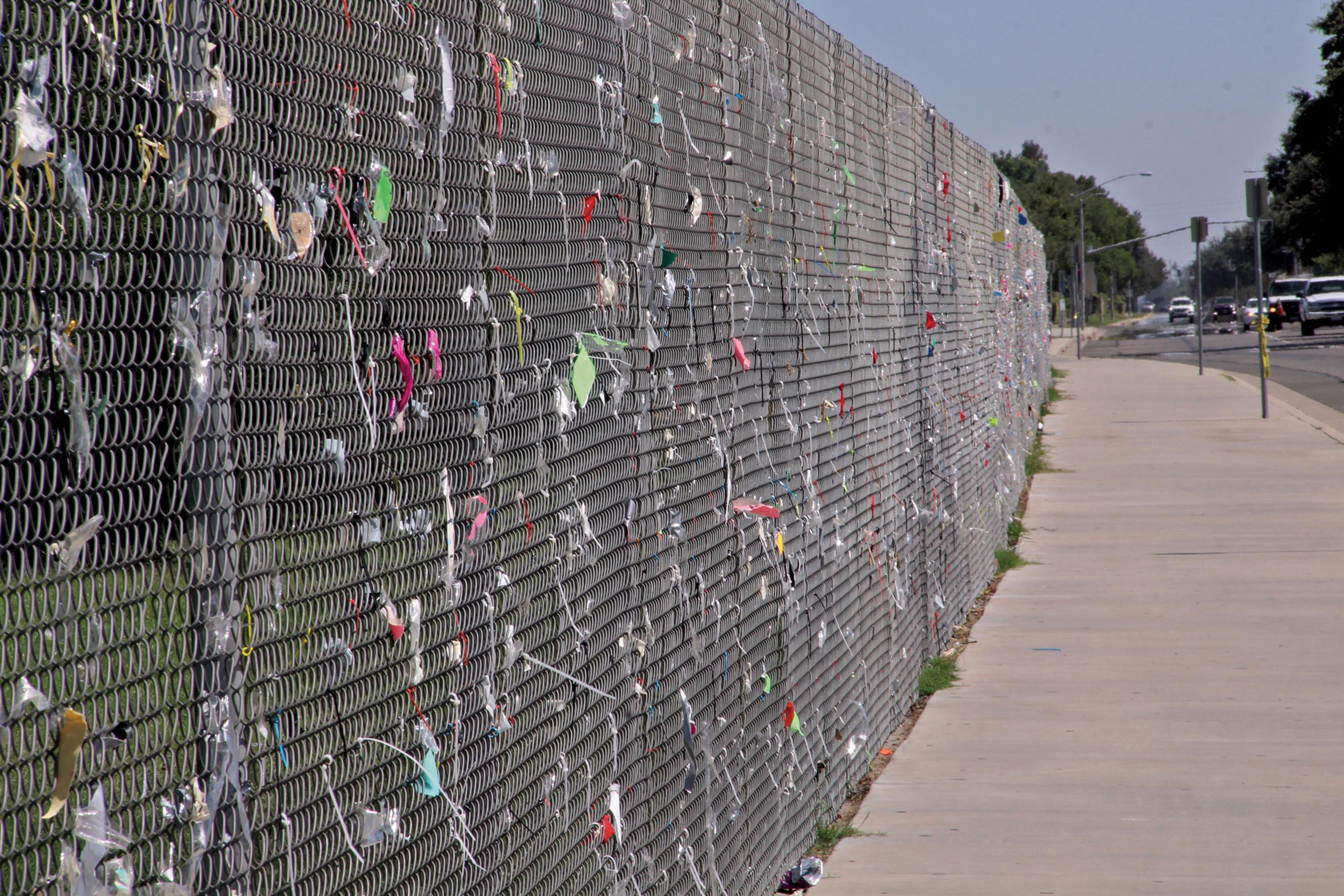 Black Lives Matter signs were relocated from the fences facing Akers and Wagner Ave. from El Diamante campus to College of the Sequoias. The decision was spurred by concern for student safety after adults made several attempts to tear down signs.

Ravalin said the district is continuing to explore ways for more students to engage in dialogue about these issues of social justice and racial bias. On June 30, VUSD held an in-person forum between students and district staff led by Brandon Gridiron, VUSD administrator of equity and student services. Out of that forum came the idea to have selected students, those who have demonstrated passion about addressing bias, injustice, and racism, to speak directly with the Visalia Police Chief Jason Salazar.

The District also plans to designate a space where a small group of community artists interested in creating a collaborative art project can help students and community members tell their stories and create something that captures the historical context of this moment in history. The desire to educate the community about the stories and experiences of others is necessary.

“Standing together against racism and injustice, and to address bias, is not a political matter. This country, this community, and this District must find common ground to address racism, injustice, and bias to ensure that diversity is a strength and asset, that every individual has equal human value, that the needs of those who have been marginalized are met, and that a secure and safe learning and working environment is available for our students and staff,” Ravalin stated. “We must teach our students that addressing these issues is a core value of our society and a responsibility of active citizenship.”

The next step, VUSD said, will likely be a larger virtual forum for current students to discuss their thoughts and ideas that include concepts of free speech opportunities and task forces on each high school campus. The district is also seeking partnerships with local civic leaders to find forums for adults in Visalia so that, using principles of civil dialogue, the community can appropriately address racism and similar issues.

“While many of us may disagree about the manner in which certain political movements, agendas, or acts try to achieve goals to address these issues, we must not waver from our mission as adults to uplift our students and provide them forums where they can speak freely to help us reshape our community into one focused on equity, inclusivity, dignity, compassion, and kindness,” Ravalin’s statement concluded.