VPD arrest four suspects after finding heroin, meth, pills and marijuana, magazine and ammo during a search of Tulare residence

According to the Visalia Police Department, at 7:01 a.m., officers with the narcotics unit, with the assistance of the special enforcement unit and Tulare area regional gang enforcement team, served a search warrant in the 3500 block of west Tulare. As a result of the search, a digital scale, packaging material, heroin, methamphetamine, marijuana shake, hydrocodone pills, handgun magazine, ammunition and $1,030.00 in U.S. currency was found and seized. 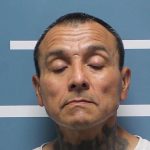 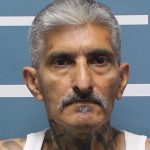 Officers also located items and evidence to suggest that “honey oil,” a concentrated form of marijuana, had been produced at the residence. Ernie Estrada, 50, was arrested for being a felon in possession of ammunition, possession of hydrocodone, manufacturing a controlled substance, maintaining a drug house and for possession of heroin and methamphetamine for sales. He was transported and booked at the Tulare County pretrail facility.

At 8:53 a.m., the Visalia police department’s narcotics unit with the assistance of the special enforcement unit and Tulare area regional gang enforcement team (TARGET) served a search warrant in the 3500 block of west College. As officers made entry, suspect Alexander Legra, 50, attempted to destroy methamphetamine by putting it down the drain. As a result of the search, a digital scale, packaging material, cocaine, methamphetamine, a large amount of oxycodone pills, a money counting machine and $3,883.00 in US currency was found and seized. Legra was arrested for destroying evidence, possession of oxycodone and methamphetamine for sales. He was transported and booked at the Tulare County pretrail facility. Suspect Mary Morgan, 36, was also contacted at the residence and found in possession of cocaine and methamphetamine. She was released at the scene on a citation.

At 3:39 p.m., officers with the special enforcement bureau contacted Alisha Seals, 43, and Alfred Chavez, 33, at the Riverway Sports Park. Officers had knowledge Alisha and Alfred were on probation with search terms. Upon officers contacting Alisha and Alfred for probation compliance check, they were found in possession of a large amount of US currency, a loaded handgun, digital scale and heroin and methamphetamine packaged for sales. They were transported to the Tulare County pretrial facility to be booked on the narcotics and weapon charges listed above. Although, Alisha was also charged with bringing narcotics into a jail facility. A large amount of narcotics was found during a search by a deputy at the jail during the intake process. The total weight of the narcotics was a ¼ pound of methamphetamine and over an ounce of heroin.

At 7:29 p.m. officers responded to the area of Sweet and Turner regarding a victim of a stabbing. The victim was contacted and transported to Kaweah Delta Medical Center for a non-life-threatening stab wound to the chest. There were no suspects located, the investigation is ongoing.

At approximately 6:20 p.m. the Visalia Police Department responded to a vehicle v. bicycle collision. Upon arrival it was learned that the bicyclist was riding westbound on K Road approaching Santa Fe. The bicyclist failed to stop at the intersection riding directly into the path of a GMC Yukon being driven northbound Santa Fe. The bicyclist was transported to Kaweah Delta district Hospital where he succumbed to his injuries. In car video from an uninvolved vehicle captured the incident. The driver of the involved GMC Yukon, Joreill Cabral 28, was arrested for DUI. The investigation is ongoing.

At 6:47 p.m. officers responded to the area of St. Johns Parkway and Ben Maddox regarding a female who was in possession of a hatchet and making threats towards others. Officers arrived on scene and began checking the area; they located the female on the St. Johns Trail east of Ben Maddox. An officer contacted Aida Espindola, 31, who was still holding the hatchet in her hand. The officer was successful in speaking to Espindola and was able to talk her into dropping the hatchet. Espindola was ultimately taken into custody without incident. She was booked at the Bob Wiley Detention Facility for brandishing a weapon, criminal threats and child endangerment.