DeAngelo to serve life without parole

Man known as the Golden State Killer is sentenced to 11 consecutive life sentences by Sacramento Superior Court, the maximum he could serve under the law

SACRAMENTO – The saga that has been the prosecution of Joseph James DeAngelo Jr. completed its final act last Friday in a Sacramento State University ballroom. Watching on were the convicted murderer and rapist’s victims and loved ones who were terrorized for over a decade.

Sacramento superior court judge Michael Bowman sentenced the man that many have come to know as the notorious Golden State Killer to 11 consecutive life sentences without the possibility of parole on Friday, Aug. 21. This was the absolute maximum the court could sentence DeAngelo under the law according to Bowman. 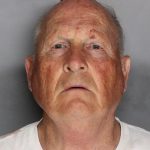 “The court is not saying that Mr. DeAngelo does not deserve to have the death penalty imposed. It merely means the court feels it will never come to pass,” Bowman said. “Mr. DeAngelo will spend the rest of his natural live and ultimately meet his death confined behind the walls of a state penitentiary.”

Before receiving his sentence, DeAngelo made his first public comment in more than two years that extended beyond a “yes,” “no,” “guilty” or “I admit.” Almost entirely in a weakly tone presumed to be an act.

Unknown to the collection of district attorneys, staff, media or victims, everyone anxiously waited to hear what the Golden State Killer would say after he stood up from his wheelchair.

“I’ve listened to all your statements. Each one of them. And I’m truly sorry for everyone I’ve hurt,” DeAngelo said after a prolonged pause, and then he sat back down.

In the days leading up to DeAngelo’s sentencing, victims of both charged and uncharged crimes gave their statements. Elizabeth Snelling-Hupp, whose father, Claude Snelling, was shot and killed in her childhood home spoke during the proceedings.

Snelling-Hupp recounted the night she went to bed on Sept. 10, 1975. She was 16 years old and woke up to DeAngelo in her room saying he was going to take her. While actively kidnapping her, Claude came to her rescue and disrupted DeAngelo’s plan. That cost him his life when DeAngelo turned around and shot him twice.

“He then turned the gun on me as I was down on the ground. My only thought was, ‘This is it’ and put my head down, expecting him to kill me. Instead, he started kicking me in the head and face, then ran off down the driveway,” Snelling-Hupp said.

She ran back to her father who was bleeding on the floor and then died en route to the hospital.

“Eventually with God’s help and the love and support of our family, friends, and our church family…we started getting on with our lives,” Snelling-Hupp said. “My mom never worried that the murderer was not caught. She always said he would face judgment from God eventually and turned it over to Him. I started to believe that myself as well and didn’t want to waste my life worrying that he was out there and could come back.”

In December of 1975 DeAngelo attempted to kill Visalia police officer Bill McGowen, who passed 15 years ago. During a stakeout McGowen managed to confront DeAngelo when he was attempting to break into a home.

Lori Mendonca, McGowen’s daughter offered her statement on behalf of the McGowen family. She stated that DeAngelo had every intent to kill McGowen after he caught him in a Visalia backyard. DeAngelo initially tried to escape and jumped a small picket fence. After McGowen shot a warning shot into the ground DeAngelo paced back and forth and pleaded for McGowen not to shoot him.

After putting his right hand in the air, as if to signal he was surrendering, he pulled a gun out from behind him in his left hand.

“My dad had always held his flashlight up and out to the side of his head. The night of the shooting was a dark winter night. When approached by my dad, the defendant fired at the light and the bullet hit the flashlight instead of his intended target,” Mendonca said.

Shards sprayed into McGowen’ eye and face causing moderate injuries. Mendonca admitted that had the bullet been just a few inches to the left, the entire story could have gone a different way.

Mendonca said that because of DeAngelo her father was obsessively meticulous about home and personal safety. The family got a large dog for protection, windows were to be closed at night every night, he placed wooden dowels in the windows and even built wooden barriers to keep people from peering inside the house. These are just a few of the precautions McGowen used to keep safe.

Mendonca said as well that her father insisted that DeAngelo was military and certain that he had seen him before. Ahead of his time, McGowen also believed that the Visalia Ransacker and East Area Rapist were the same person. He was admonished for that belief and his willingness to work with outside agencies.

After Claude Snelling’s murder, Mendonca said that her father felt personal responsibility to solve the case for their family. He knew Claude from College of the Sequoias where he was a journalism professor.

McGowen’s obsession with finding the Visalia Ransacker continued even after he had retired.

“He never stopped looking for the Ransacker, every person he saw that resembled the composite he would check out. It was always in the back of his mind,” Mendonca said. “After dad retired officers continued to contact him for information about the case, again it was something he wanted to solve.”

Mendonca closed her statement by noting how impactful it was the day DeAngelo was arrested, April 24, 2018. She said then that, “Justice, will now be served for his numerous victims and their families, but it does not replace the anguish, fear and enormous pain caused by his actions and crimes, he lived a full life, that he denied to so many.”

Tulare County District Attorney Tim Ward offered his statements before the defense team spoke and a sentence was rendered. Ward passionately paid respect to all of the victims and their families, but also focused on the Snelling and McGowen cases.

“Though these despicable horrors began in Tulare County; we will not be defined by evil. Instead, our entire community stands silently alongside the Snelling and McGowen families and is united with families all across this room and across this state,” Ward said in his statement.

During the proceedings before sentencing Sacramento County District Attorney Anne Marie Schubert said that she hoped that this sentencing is a moment of healing for victims.

“This entire week, hearing from the victims and their loved ones about the devastating impact this man had on their lives, was overwhelming and gut wrenching. Generations of families have been affected by the depravity of one human being. Schubert said. “It is my sincere hope that today brings healing for victims, their loved ones and our communities.”

A press conference in the Sacramento State Ballroom followed the sentencing after DeAngelo was wheeled off into a van ready to take him to his prison cell. Schubert began by playing three separate videos of DeAngelo in his cell from just a few months ago.

Her attempt was to dispel the façade that DeAngelo was a feeble, 74-year-old man. In the videos he was doing some light calisthenics, climbing on furniture to obscure some of the light in his cell with paper and using his foot to wipe the floor of his cell with a wet paper towel.

District attorneys could not yet answer where they anticipate DeAngelo to end up in California, just stating that they are seeking an institution comparable with his crimes.