TULARE COUNTY – The former attorney for Tulare hospital district is facing court battles on two fronts for his alleged fraud and embezzlement of taxpayer funds.

Bruce Greene, the former attorney of Health Care Conglomerate Associates (HCCA), the company that formerly managed Tulare Regional Medical Center, was charged with nine felonies and five misdemeanors in an Aug. 11 criminal complaint that also included HCCA CEO Yorai “Benny” Benzeevi and CFO Alan Germany. While there are no upcoming court dates for Greene as part of the Tulare County District Attorney’s case, Greene does have an upcoming court date for a civil suit lawsuit from his former employer, the Tulare hospital district.

Visalia attorney Michael Lampe filed a lawsuit on behalf of the hospital district on April 24, 2019, suing Greene and his law firm, BakerHostetler LLP, for breach of fiduciary duty, fraud, professional negligence and breach of contract. The case was originally filed in Tulare County but was moved to Kern County Superior Court after Baker-Hostetler argued it would be difficult to find an impartial jury in Tulare County. The next date for the case is a status conference on Jan. 24, 2021. A trial date set for March 8, 2021. 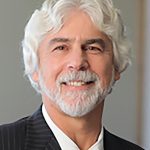 Greene was hired by HCCA to act as general counsel for the hospital district in May 2015 but was retained as Benzeevi’s attorney as well as the attorney for his Benzeevi Group of firms including HCCA. Greene’s alleged misconduct began a year after he was hired on May 4, 2016, when he filed a lawsuit against Dr. Abraham Betre on behalf of the district, but for the benefit of Benzeevi, even though the district was not mentioned in lawsuit. The lawsuit was dismissed by the court on Sept. 26, 2016, which Greene appealed on Nov. 23, 2016 and which Benzeevi paid the $78,000 appellate bond with district funds, which the district lawsuit says constitutes a breach of fiduciary duty.

In June 2017, when the hospital district could not pay its bills, which included $500,000 in delinquent legal fees owed to BakerHostetler for Greene’s time, Greene drafted board Resolution 852 giving HCCA “absolute” authority to borrow up to $22 million on behalf of the district. This was also considered a breach of fiduciary duty.

Claims of fraud refer to Greene’s emails to board members in an attempt to prevent the seating of an elected official to prevent the board from undoing two actions firing his law firm from representing the hospital district and damaging the district in deals costing $4.8 million.

The lawsuit also contends “Greene failed to use reasonable skill and care in the representation of the District in that he continuously acted in a manner that placed the interests of Greene, BakerHostetler, Benzeevi, and HCCA above the interests of the District.” The claim of negligence includes lying to the board, delaying the seating of an elected official, executing a loan the board had rescinded, all under the umbrella of his inherent conflict of interest serving as both legal counsel for the public district and the private company it hired to manage the district. The conflict of interest is also at the heart of the breach of contract argument as Greene never got consent from the district to simultaneously represent it and HCCA, which the lawsuit lays out as a violation of rules of professional conduct.

In the aftermath of the election to recall former hospital board member Parmod Kumar, Dennis Mederos served as legal counsel for Senovia Gutierrez whose election to replace Kumar on the board was the turning point in the district relinquishing HCCA’s grip on its finances. In a March 20, 2020 declaration, Mederos included the certificate of election, dated July 21, 2017, before both special meetings were held, and an oath of office certificate filed by Gutierrez and signed by a judge on July 25, 2017. He also included the hospital board’s agenda for the special meeting called on July 27, 2017 including the chair’s announcement that “As a result of the recent special election on July 11, 2017, Senovia Gutierrez will replace Dr. Parmod Kumar as a Board member.” Greene himself said this is how the item should be handled in a July 21, 2017 email to fellow BakerHostetler attorney Lucas Paule and Benzeevi. “Just have the chair announced that as a result of the recent election dr Kumar is no longer a board member and he has been replaced by Senovia Gutierrez. I don’t see any reason for any board action to be taken. It can be fit in right after the call to order. Call it something like Chair announcement.” BakerHostetler has attempted to have the email sealed claiming they fall under attorney-client privilege. The judge overruled the motion and both emails remain exhibits in the case.

In a July 26, 2017 email, Greene told Northcraft that any actions taken by him, Jamaica and Gutierrez at the July 27 board meeting would be of “no legal force or effect” and that the “District has no intention of providing you with any assistance in holding this unauthorized meeting” even though it was agreed to by a quorum of board members. At that meeting, the three board members took swift action to rescind the loan with Celtic Leasing, terminate its contract with Greene’s law firm, BakerHostetler, and replace them locally-based McCormick Barstow law firm.

When the board’s regularly scheduled meeting agenda for Aug. 23, 2017 was published, it included an item declaring that Gutierrez was a sitting board member, to reaffirm the board’s votes at the special meeting a month earlier. In an email less than an hour before the meeting, Green notified the other board members Linda Wilbourne had resigned from the board, effective noon that day, and that Richard Torrez was unable to attend the meeting, leaving the board without a quorum and effectively canceled the meeting. In his declaration, Northcraft countered the board only needed two board members to have a quorum if there were only three acting board members under the hospital district’s bylaws.

Seven minutes before the meeting was set to begin, Greene sent another email to Northcraft saying Wilbourne had intended her resignation to be effective at 8 a.m. the next day, meaning she was still a board member but would be unable to make the meeting. Having four active board members meant the amount needed for a quorum reverted to three present board members. Greene’s attempt to illegitamize the Aug. 23 meeting gave him time to deliver an “opinion of counsel” letter to Celtic Leasing on Aug. 28, 2017 reaffirming the district’s sale-leaseback option of $3 million in district equipment was “valid and binding.”

Teresa Jacques, the hospital district’s interim controller, filed a declaration claiming the district paid BakerHostetler $3.3 million for legal services between Dec. 2, 2014 and Sept. 26, 2017, when the firm issued a notice that it was resigning as counsel, but no payments were made between April 14 and Sept. 9, 2017. According to court documents, that amounted to $814,000. On Sept. 10, 2017, a check from HCCA was issued to BakerHostetler for $500,000 with a memo stating that this was for an “HCCA loan to TRMC to cover TRMC invoice dues.”

The district civil suit alleges, “The efforts by Greene and Baker to obstruct the seating of a duly elected public official was clearly motivated by the fact that Baker was coordinating with Benzeevi to sell District assets in an effort to, in part, pay Baker’s delinquent legal fees. This could only be accomplished if Benzeevi retained authority under Resolution 852 to sell District assets without seeking Board approval. Although Northcraft, Jamaica and Gutierrez had already voted to rescind Resolution 852, Greene and Baker engaged in a dishonest scheme to make it appear as though Gutierrez was not a legitimate Board member so that Benzeevi could sell District assets without Board approval and pay a portion of the proceeds to Baker.”

In a Sept. 5, 2017 email exchange, CFO Alan Germany lets Greene know Celtic Leasing’s leaseback loan has been funded but a possible loan with Leasing Innovations has not, to which Greene replies, “If Celtic has funded I need to be paid today. I am not waiting for [Leasing Innovations] to fund. This is critical and I[sic] have been promised.”

As part of the lawsuit, Lampe filed a complaint to the California State Bar on March 25, 2020 in regards to Green’s actions to deceive a board member, lending institutions and the court, subvert the electoral process, and his refusal to turn over client records. Greene even went so far as to bill the district $24,815 for his time, and the time of other BakerHostetler attorneys, to appear in court for a hearing to defend himself two months after he had been fired by the district, which was also listed in the complaint to the state bar.

“While acting as legal counsel for both the District and the Benzeevi Group, Bruce Greene engaged in multiple acts of deceit for the sole purpose of financially benefitting himself, the Baker law firm, and the Benzeevi Group,” the complaint reads. “The District contends that these deceitful acts involve moral turpitude, dishonesty or corruption, proscribed by Business and Professions Code §6106.”

In 2019, Greene, who specializes in real estate law, was named one of the firm’s “Lawyer of the Year” for its Los Angeles office. One hundred ninety-eight BakerHostetler attorneys earned 336 rankings on the Best Lawyers in America 2020 list, a list he has made since 2018. From 2007-12 Greene was awarded “Super Lawyer,” a regional award given out in Southern California.

As of press time, Greene’s status was listed as active on the state bar’s web site. Teresa Ruano, spokesperson for the California State Bar, the state bar’s authority to suspend an attorney based upon criminal conduct begins with a conviction. There is a section of the Business and Professions Code allowing an interim suspension of an attorney who is convicted of a crime that either involves moral turpitude or is a felony. Once the state bar secures certified records of a conviction, the conviction is noted on the attorney’s public profile and the agency’s Review Department decides whether to place the attorney on interim suspension. An interim suspension lasts until the time for appeal from the conviction has elapsed, at which point other disciplinary action can be taken.

BakerHostetler is one of the nation’s largest law firms with nearly 1,000 attorneys working out of 17 offices in 10 states and Washington, D.C. Ironically, the firm grabbed headlines over the last decade for their work in recovering money stolen through corporate greed and white collar crime. Two BakerHostetler partners, Irving Picard and David Sheehan, have led the Madoff Recovery Initiative which has recovered more than $13.3 billion stolen by Bernie Madoff, the former investment advisor and financier who defrauded thousands of investors in the largest Ponzi scheme in U.S. history.