BADGER – The former compound of a notorious cult in the foothills of northeastern Tulare County will soon be vacation rentals.

At its Aug. 12 meeting, the Tulare County Planning Commission approved a final site plan for the Sequoia Resort, which will house 67 vacation rental units on a 71-acre property formerly owned by Synanon, a drug rehabilitation turned religious cult that operated a commune on the property whose followers began attacking local residents in the late 1970s.

Badger Creek Development purchased the property in 2004. The site is located across Highway 245 from the CalFire Badger Station just south of the Fresno County line near Hartland Christian Camp. In 2007, the company was approved for a plan to divide the property into 74 lots, 68 of which were to be residential lots. After the housing crash, Badger Creek Development changed its plans earlier this year to build 63 vacation rental units, in addition to four that area already built, a new office, community building, swimming pool and showers/changing rooms building. The company will also install a sixth septic system, a second 20,000-gallon water storage tank for fire suppression, one new septic tank/leach line system, 16 new propane tanks, and a modified driveway.

John Elliott, who represents District 1 on the planning commission, said he wanted to add a condition to the project that the history of Synanon be preserved at the site in some way.

“This Synanon thing is an interesting part of history,” Elliott said. “There needs to be some documentation of what was there. When you walk through there, there is no inkling of what went on there and it’s kind of an interesting place.”

Reinhart Hesse, owner of Badger Creek Development, said he was very aware of Synanon and said there is still a mural hanging in the abandoned print shop on the site.

“We want to keep that. It was an interesting time,” Hesse said.

The project was approved on 12 conditions including preservation of any historic or prehistoric discoveries, no construction within 100 feet of Badger Creek, which runs through the property, and to contact the coroner if any human remains are found at the site. 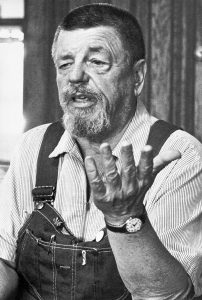 “I don’t think we want to find what might be buried there,” Elliott said in reference to the last condition and the history of Synanon.

Some of the structures date back to the Synanon commune, which operated in Badger between the early 1970s and 1990s. Synanon was the first ever self-help drug rehabilitation program and made national headlines in the 1960s as a ground-breaking approach to helping people reach sobriety without the cost of expensive treatment.

The organization was founded by Charles “Chuck” Dederich, Sr. in 1958 in Santa Monica. According to his obituary, Dederich was a recovering alcoholic who made a name for himself speaking at Alcoholics Anonymous events and eventually started attracting his own crowd. When he was arrested for operating a treatment facility without a health license, Dederich became a martyr for Hollywood celebrities who had participated in the Synanon Game, a no-holds barred approach to group therapy where addicts could say anything to humiliate each other to reveal secrets and expose weaknesses so they could be addressed in the open. The only rule of the “game” was no violence, which proved to be a promise the organization’s founder could not keep. 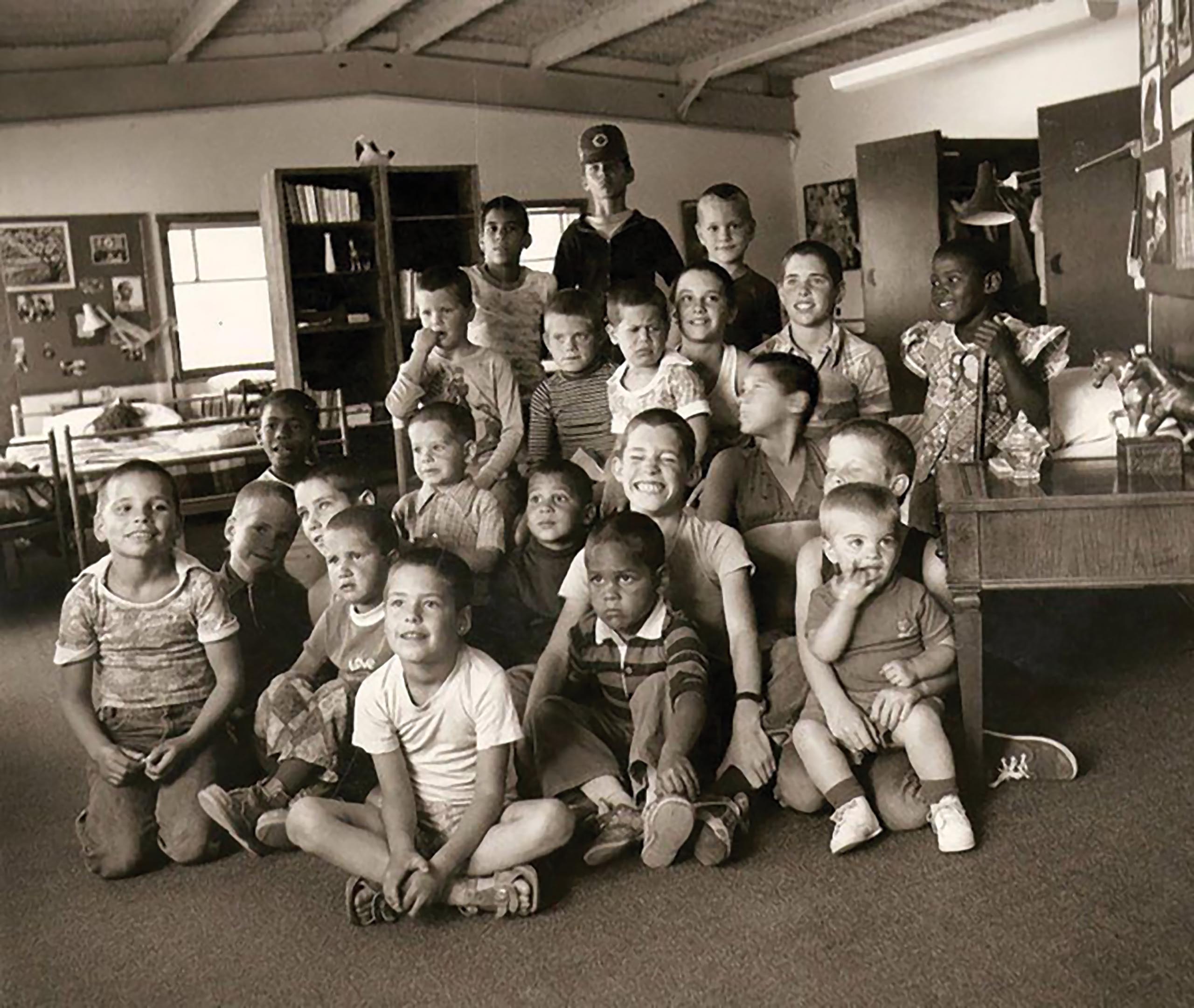 The children of devotees attended school at the Synanon’s communes across the nation, including one called Home Place in Badger, Calif.Getty Images

By 1967, Synanon had built itself into a multi-million dollar company thanks to celebrity endorsements, major donations of cash and property and the low overhead of operating a non-clinical, dormitory-like facility. According to Paul Morantz, a Santa Monica attorney who spent a career fighting Synanon and other cults in court, Synanon purchased a beachfront hotel in Santa Monica, then an estate in Tomales Bay in Marin County and a ranch in Badger on Highway 245 near the Tulare-Fresno County border, and later Washington, D.C. and Berlin, according to PaulMorantz.com. The compound in Badger was known as Home Place and became a popular spot for Synanon’s highest ranking officials because it had its own landing strip, The Strip, which was built without permits.

Home Place, like all of Synanon’s compounds, were filled with former drug addicts and those who wanted a communal way of life. Men, women and children shaved their heads and wore overalls as the official uniform of Synanon. There were weddings, schools, rodeos, birthday parties and all the other activities and celebrations of life.

As legal questions about keeping people against their will and tax issues arose, Dederich declared Synanon was a tax exempt religious organization in 1974. He decreed there would be no more children because they took time away from Synanon goals, and began forcing male members to be sterilized and pregnant women to have abortions. Dederich and his wife Betty were soon wearing robes and sitting on thrones in the compounds and most remnants of the drug rehab were dropped by the prophet.

Just three years after declaring itself a religion, Dederich declared a holy war on Synanon’s enemies. He started training young men to fight and shoot calling them the Imperial Marines. Much of their training was done in the Depot Flats of Badger, where Synanon’s followers attacked over 40 people.

In 1978, San Francisco-based ABC affiliate KGO-TV ran a five-part series on Synanon and described the drug-rehab turned religious cult as a terrorist organization after Badger area neighbors complained that they had been terrorized by the compound. The series ran after one of the most vicious attacks by Synanon followers. A trucker who lived in the Badger area cut off a car full of Synanites on the highway. Dederich reportedly shamed the four Synanon men involved for not retaliating against the trucker during a message on the Wire, Synanon’s own network of radio stations broadcasting into each compound. The men then began roaming the town with guns looking for the man, Ron Eidsen. They found Eidsen on Nov. 11, 1977 and “pistol-whipped him to a pulp” in his own frontyard while his wife and five children watched in horror. The men then reportedly threatened to come back for Eidsen’s family if he ever messed with them again.

Synanon sued the station claiming the mischaracterization of the organization was defamation. ABC and Synanon settled out of court for an undisclosed amount of money, according to a June 4, 1982 article in the New York Times. Many local newspapers were forced to stop covering Synanon because the cult’s deep pockets had allowed them to launch massive lawsuits against media companies across the nation.

Synanon’s tax exempt status was revoked by the IRS in 1982. 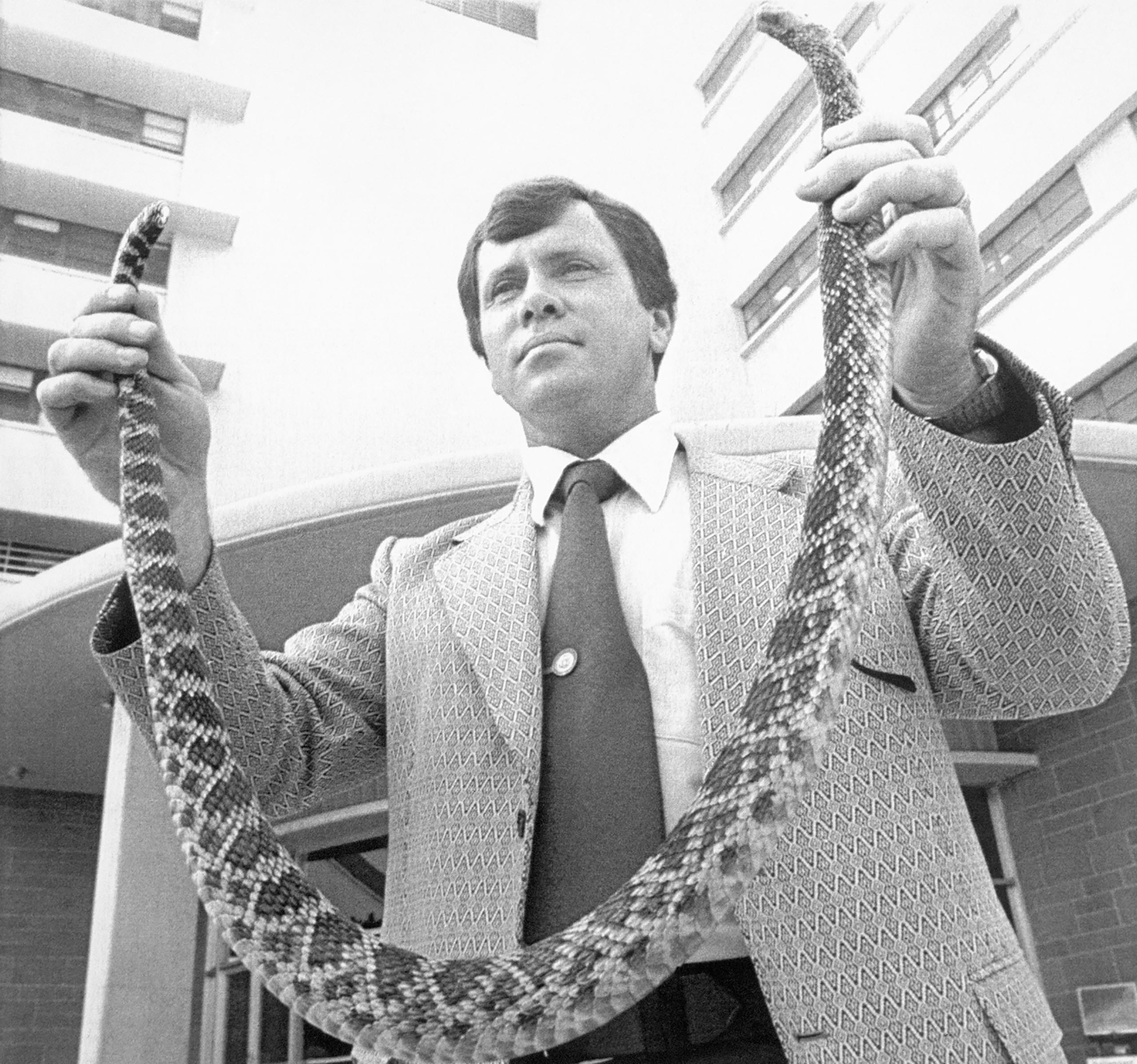 A detective with the Los Angeles Police Department holds up the rattlesnack that was stuffed into attorney Paul Morantz’s mailbox on Oct. 10, 1978. Morantz, who had successfully fought Synanon in court in several cases, was bitten by the snake that evening when he went to check his mail at his Pacific Palisades home. The rattle had been removed so there was no warning. An expert witness testified the snake had been captured from the Visalia area. The attack brought the first major criminal complaint against the drug rehab turned cult.Getty Images

Synanon’s thuggery went largely unnoticed by national media until Oct. 10, 1978. That was the day Morantz, who had successfully fought Synanon in court in several cases brought by “splitees,” those who left the cult, came home and went to grab the mail and instead grabbed a 4-foot rattlesnake that had been stuffed into his mailbox. The rattle from the snake had been removed so there was no way for Morantz to know the snake was there, especially in the dim lighting of the evening. Morantz was bitten and hospitalized for 11 days.

The attack launched a criminal complaint filed by the Los Angeles District Attorney against Dederich. Six weeks later, the Los Angeles Police Department served a search warrant at Home Place in Badger and found a recorded speech by Dederich in which he said, ”We’re not going to mess with the old-time, turn-the-other-cheek religious postures … our religious posture is: Don’t mess with us. You can get killed dead, literally dead…these are real threats. They are draining life’s blood from us and expecting us to play by their silly rules. We will make the rules. I see nothing frightening about it … I am quite willing to break some lawyer’s legs and next break his wife’s legs and threaten to cut their child’s arm off. That is the end of that lawyer. That is a very satisfactory, humane way of transmitting information. … I really do want an ear in a glass of alcohol on my desk.” Morantz’s name was mentioned in the tape along with threats to get the wives and children of other lawyers.

Dederich was arrested while drunk in Lake Havesu on Dec. 2, 1978. He was sentenced to five years’ probation in 1982, due to ailing health, and ordered by the court to break ties with Synanon. Without its leader, its tax-exempt status, and its grip on the media, the militant cult began to falter. Throughout the 1980s, Synanon’s properties were confiscated or sold and the entire organization folded by 1991.

–Editor’s Note: The Sun-Gazette is working an on in-depth history of Synanon in Tulare County before the physical history is gone forever. Any former Synanites wanting to share their experience at Home Place in Badger should contact Reggie Ellis at 559-909-2996 or [email protected].