FARMERSVILLE – The last few years has been dry for one of the oldest cemeteries in Tulare County. The well at the Deep Creek Cemetery has been parched since 2014 and now they are in talks with the Farmersville City Council to potentially connect to the city’s water system. 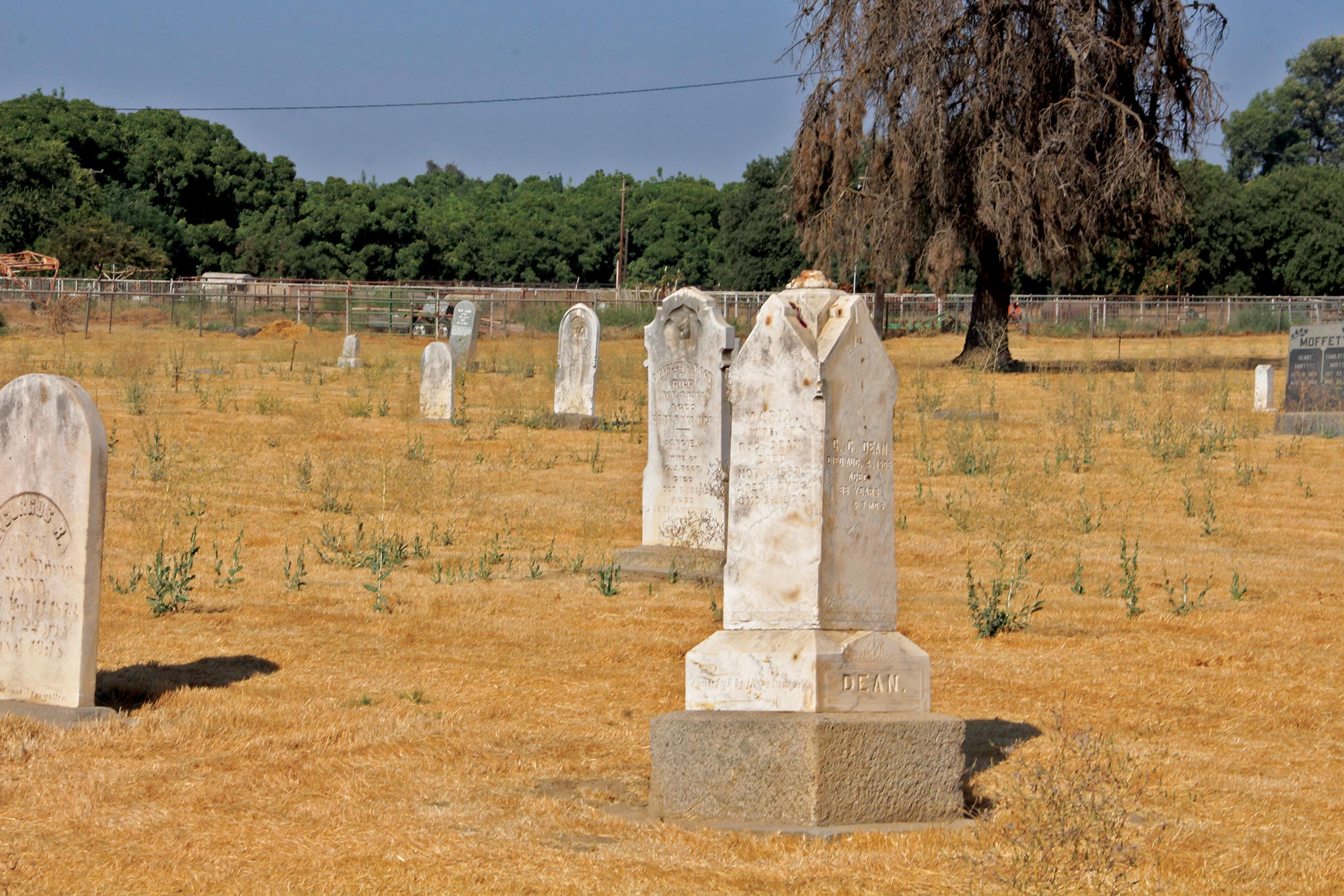 Deep Creek Cemetery has become overgrown with weeds and dead grass since its well went dry in 2014. A plan to connect the cemetery to the city of Farmersville’s water system has resurfaced for the first time in four years.Photo by Jermaine Johnson II

For both groups, the issue will likely come down to the costs of the project, which is currently being determined, and who will pay for it. Farmersville city manager Jennifer Gomez roughly estimates that it will cost around $7,000 to make the connection. Even if the city council is able to waive some of the connection costs, they want to be sure that the district would be able afford the monthly utility costs and upkeep.

“[The district] is down to two options: connecting to city water or digging a new well with their own water system which is quite expensive,” Gomez said.

Finances for cemeteries have dwindled in recent years. Since it is an expensive process to bury loved ones, more people are turning to alternative methods such as cremation. According to the Exeter District Cemetery, they won’t have any issues with the utility bills, but are still figuring out what the actual connection costs will look like.

During the initial discussion about the potential project, there were a few concerns that the Farmersville City Council brought up. Due to the Sustainable Groundwater Management Act which was adopted statewide in 2014, there are limitations on pumping from wells. The city has to be sure they won’t be penalized for pumping out more water if the cemetery were to get connected. Thankfully for Farmersville, their wells are in good shape. They aren’t overly concerned with the amount of water that would potentially be used.

The council also has to determine if it is the city’s responsibility to provide something out of city boundaries.

“It’s not our responsibility but there’s a strong connection between Farmersville and the cemetery,” Farmersville Council Member Paul Boyer said. “In my personal opinion, I’d like to see it work. There’s a lot of people in Farmersville that have family members that are buried there. It’s a historical cemetery with grave stones over 100 years old.”

The Farmersville City Council and the Exeter District Cemetery will continue discussing more concrete details about the potential project, and the item will be brought back to the council at a later date.