TULARE COUNTY – If children need it to get an education, parents need it to work, and everyone needs it to buy sanitary supplies, groceries and other essentials, then internet access, like electricity, should be a public utility. That’s the basis of the argument for a growing group of public and private organizations urging the governor to push for universal access to broadband internet by the end of the year.

The Oct. 6 letter signed by Gomez and Valero says millions of California families in cities and rural communities do not have the access needed “to be truly connected” to education, healthcare, work and government services. 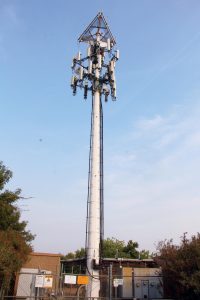 Sixty public and private officials have called for broadband internet to be considered a utility. Photo by Jermaine Johnson II.

“Our lawmakers have failed to meet this urgent need at our most urgent hour. California cannot wait until next year to begin to address the pervasive digital divide.”

Newsom signed executive order 73-20 on Aug. 14 directing the California Broadband Council to create a new State Broadband Action Plan by Dec. 31, 2020, including a goal of every house having download speeds of 100 megabits per second (mbps) and upload speeds of 20 mbps, and directing state agencies to work toward implementing the plan.

“Gov. Newsom’s Executive Order sets us on the right course of connecting everyone to high-speed access. Now we need his help in pushing the legislature to deliver the money and changes needed in law to deliver on his promise,” said Falcon. “If he heeds our call to invoke a special session on broadband access, this coalition stands ready to push the legislature to follow his leadership.”

California has yet to meet its previous goal of providing 98% of California households with minimum internet speeds of 6 mbps download and 1 mbps upload. That’s just fast enough for about three devices to check email, browse the web and watch online videos. It’s not nearly enough to stream HD content on Netflix or Hulu, between 15-25 Mbps, and doesn’t come close for 4K content for online gaming, clocking in at 40-100 Mbps. Most major ISPs at least offer 25 Mbps download and 3 Mbps upload, the threshold for the FCC to define it as broadband. It’s a decent benchmark for a typical family as it supports 10 devices running apps, streaming video, video conferencing, while listening to internet radio.

“If another third of the workforce were forced to work from home, we would barely make it,” Eduardo Gonzalez said. “In the Valley, many people are just trying to get service.”

Gonzalez is the interim executive director of the Office of Community and Economic Development. More importantly, he leads the San Joaquin Valley Regional Broadband Consortium, the organization advocating for more access to broadband in Tulare County and eight other Valley counties.

Once middle mile infrastructure is extended to a community, it is the Gonzalez’s job to get people to sign up for the service by taking advantage of programs and offers that fit their budget. The number of residents who sign up after internet becomes available are known as adoption rates. Tulare County’s adoption rate is just 62.4% compared with the state’s 80.2%.

Because internet service providers (ISPs) are not public utilities, they are only loosely regulated by the CPUC. Unlike electricity, gas and water providers that are heavily regulated, the CPUC does not have direct authority over internet providers. Gonzalez argues that internet access is just as essential as traditional utilities so it should be available to everyone.

“We’ve been pushing for several years for California to make them a public utility,” Gonzalez said. “Right now, all the CPUC can do is ask them for things.”